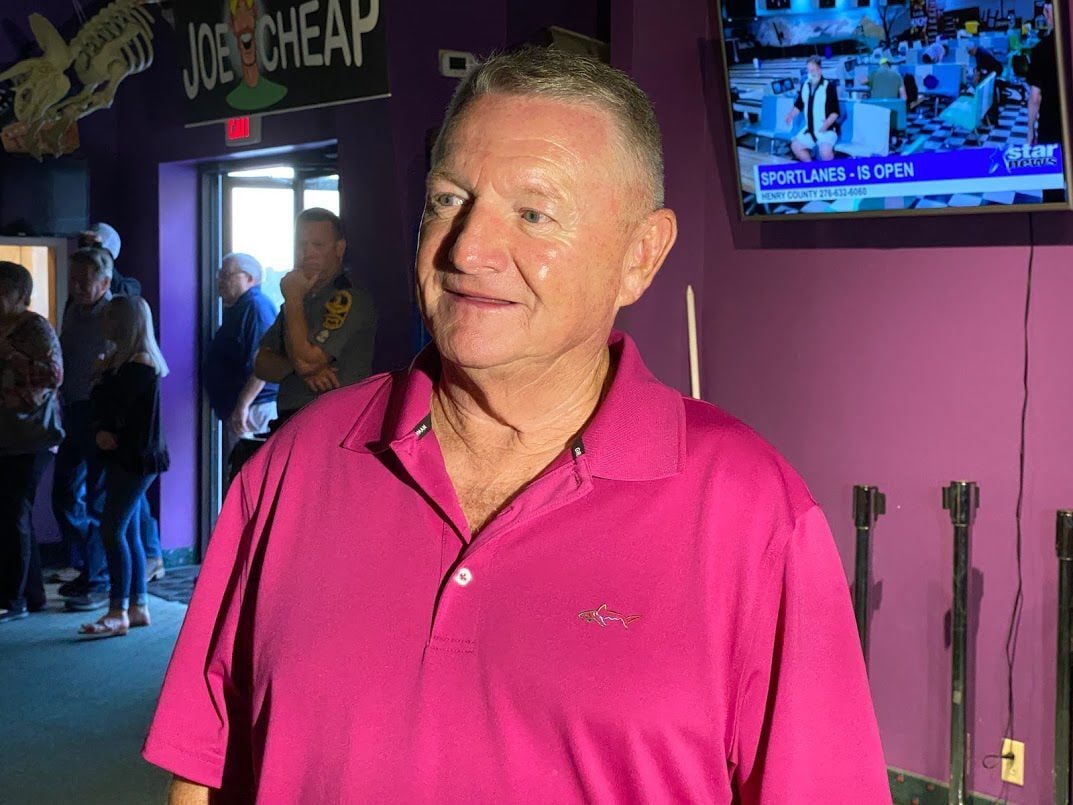 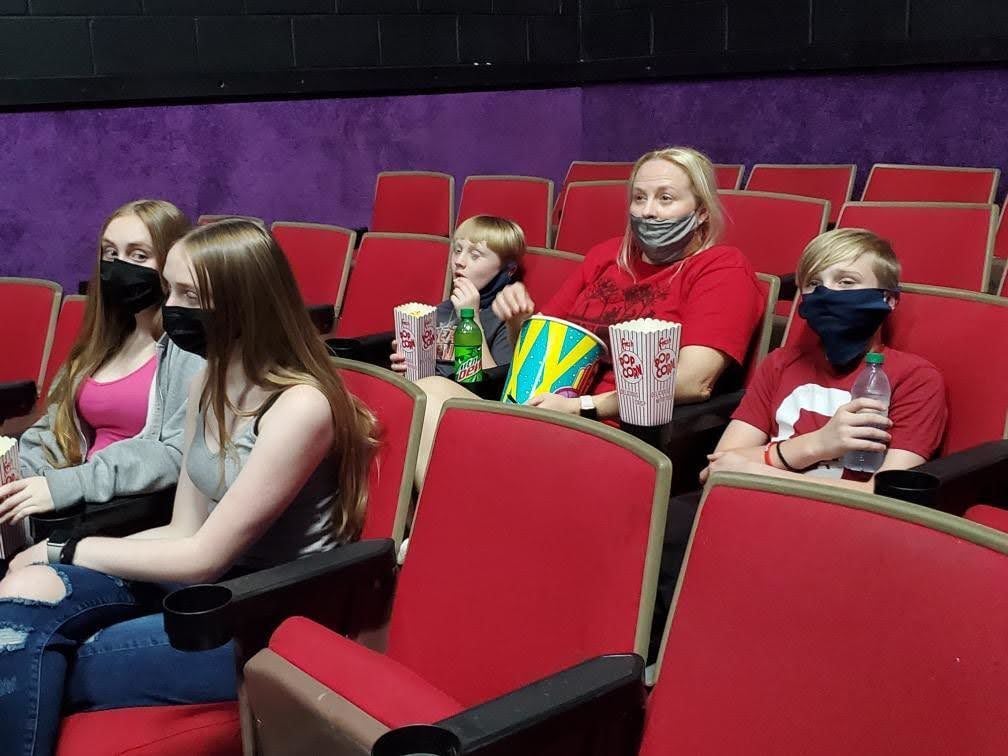 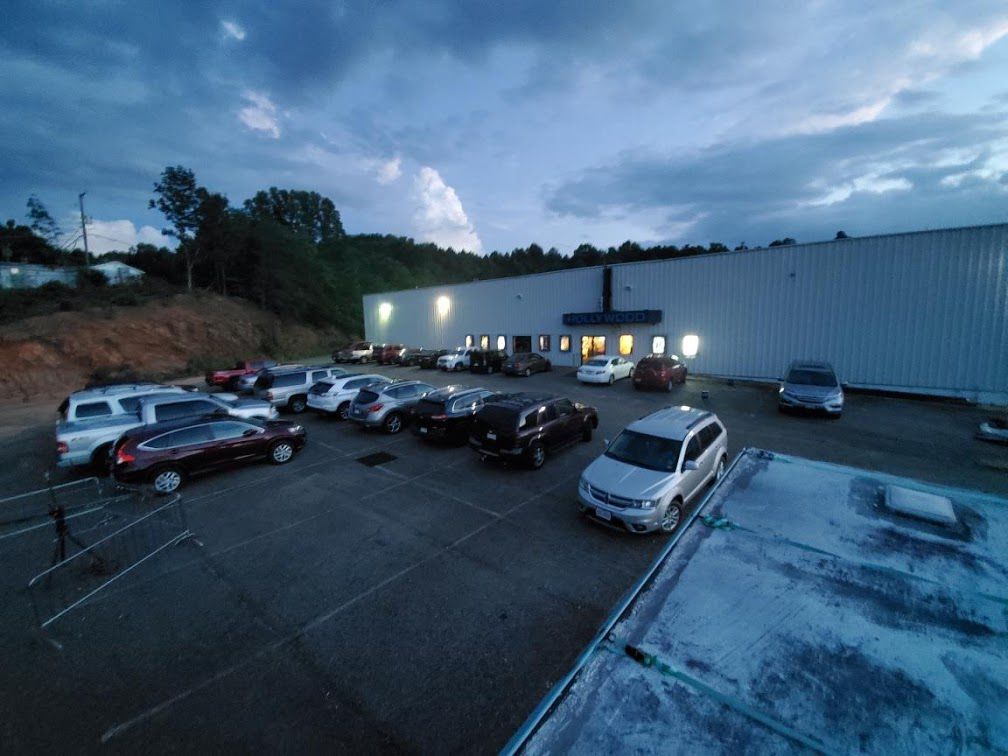 With due respect to the awareness of the pandemic, there is a movie playing in theater’s across the country beginning this weekend that is worth your time to see.

Henry County is stamped all over “My Brothers’ Crossing,” a feature film based on the book “In the Blink of an Eye,” which tells the true story of a couple killed while riding a motorcycle and the forgiveness of the man responsible for their death.

Also in the movie is Eliza Roberts ("National Lampoon's Animal House," "Doctor Who," "Lois & Clark: The New Adventures of Superman") as Pam Clark and Joe Estevez as Bobby Clark. Estevez is the younger brother of Marin Sheen and the uncle of Emilio Estevez and Charlie Sheen. He has more than 230 films to his credit.

The cast is supported by the appearance of many people you’ll likely recognize from the Martinsville and Henry County area.

The story on the screen remains true to the real story as reported in the Martinsville Bulletin in August 2015.

After attending a worship service in Collinsville on a Friday night, Robert Eugene Clark Jr., 59, who was driving a motorcycle, and his wife, Pamela Judd Clark, 56, a passenger on the motorcycle, died from injuries they received in a traffic crash on Route 903 near Bassett as they were returning to their home in Floyd.

According to a news release from the Virginia State Police, the accident happened at 10:08 p.m., just north of Route 57A in Henry County. A 2005 Chevrolet Colorado pickup truck was traveling northbound on Route 903 on the wrong side of the roadway. A 2014 Harley Davidson motorcycle traveling southbound on Route 903 attempted to avoid the Colorado and overturned, ejecting both riders.

The Clarks were transported from the scene to the Martinsville Hospital, where they died.

The couple had just left a service at T.R.A.S.H. (Totally Redeemed Anointed Servants of the Most High) Ministry.

Conel Stafford “C.J.” Martin Jr., 51, of Bassett, who was driving the Colorado, was not injured. He was charged with reckless driving, and Virginia State Police Master Trooper J.D. “Dickie” Byrd (now retired) investigated the accident.

Martin is the pastor of House of Purpose Ministries near Bassett.

Larry Meadors, the Clarks’ pastor for a number of years, described the couple as "humble people” who "loved people unconditionally.

"They would do anything for anybody in need. They were giving type of people.”

Bobby Clark had worked as a firefighter in Fairfax County, HAZMAT coordinator for Pulaski County and had done similar work in Floyd County. He became an ordained minister, took the nickname "Pastor Bobby" and at the time of his death was leading a "relaunch" of a church in Floyd that was to be renamed One Accord Biker Church.

Pam Clark had worked in nursing, at hospitals or in home health, and both had been missionaries to China with their son, Torrey.

Two months after the crash, Martin appeared in Henry County General District Court represented by Martinsville Attorney Kimble Reynolds, who plays himself in the movie.

Trooper Byrd testified that day what is investigation had yielded.

Martin had been traveling on 57A but was rerouted behind CVS because of an ambulance fire in the 500 block of Riverside Drive.

After the pickup Martin was driving turned to go north on Route 903 (T.B. Stanley Highway), it was traveling left of the double-yellow line, and when Martin realized that, he tried to get to the correct side of the road.

The motorcycle the Clarks were riding laid over on it side, they were ejected, and the pickup ran over both of the Clarks.

“He ran over the both of them and killed them both,” Bryd said in his court testimony. “The motorcycle and the pickup truck never touched.

"Martin said he saw some things skidding toward him, but he didn’t know what they were.”

Byrd noted it was dark, and Martin said he was going 20 mph in an area where the speed limit was 45 mph.

The actor hired to play the part of Judge Edwin Gendron, Jr. in the movie had to be replaced at the last minute, and the real Dickie Byrd offered to wear the robe and be cast as the honorable judge.

“They gave me a quick acting lesson, and so I played the part,” Byrd said at a special screening opened to Byrd and other local cast members at Hollywood Cinema in Martinsville on Thursday.

The charge of reckless driving was amended to improper driving after Byrd’s testimony, but the most incredible event was yet to occur.

J.T. Clark of Boones Mill, the brother of Bobby Clark, asked Byrd if it would be all right if he paid Martin’s fine.

“I asked J.T., 'Did you come here just to see what was going to happen today,’ and he goes - 'No, I came here to pay Mr. Martin’s fine,'” said Byrd outside the theater at Hollywood Cinema. “I’ll tell you, you could have jerked the rug out from under me.

“It’s shocking - I had been a trooper 37 years, and I had never seen anybody come before the court to pay the fine of somebody that killed two people in the family.”

Gendron questioned Clark before accepting the offer, sentenced Martin and then reduced the fine to $5.

Martin could be heard crying as he and Clark hugged each other in the courtroom.

“I remember I had to walk back away from the bench because it was a tear-jerker,” Byrd said.

After Thursday night’s pre-screening event, “My Brothers’ Crossing” opens to the public at Hollywood Cinema, where owner Charles Roark decided to cut ticket prices in half to $4 for the grand reopening event.

“It’s just great to see people come out to the movies, the $4 ticket price is bringing them in,” Roark said on Friday. "They all get really quiet when they see the legendary Dickie Bryd play the judge.”

Roark said the movie will play in two theaters at Hollywood Cinema with a start-time every hour beginning at noon through the holiday weekend.

The movie has been released nationwide and is playing at theaters all across the country. Check your local listings for theater openings, showtimes and COVID-19 requirements.