© 2020 Lee Enterprises
Terms of Service | Privacy Policy
WATCH NOW: 'My Brothers' Crossing' will debut in July, and the people at the heart of its Godly story handed out free masks
0 comments
Share this
{{featured_button_text}}
1 of 4 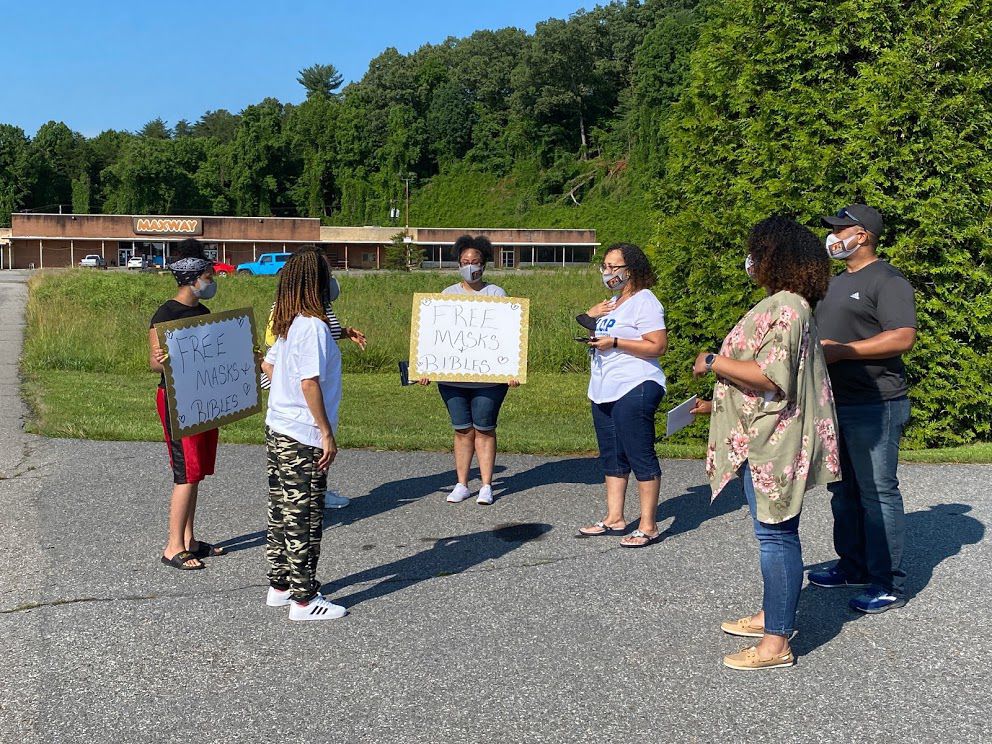 Members of the House of Purpose Ministries. 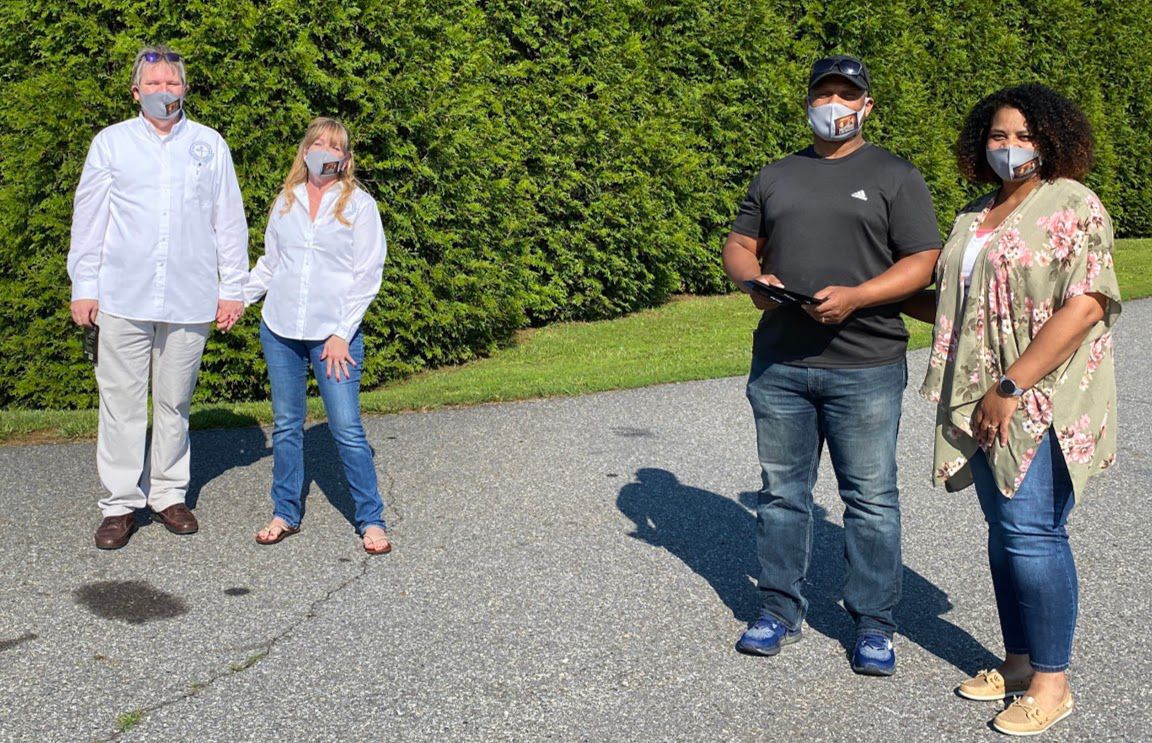 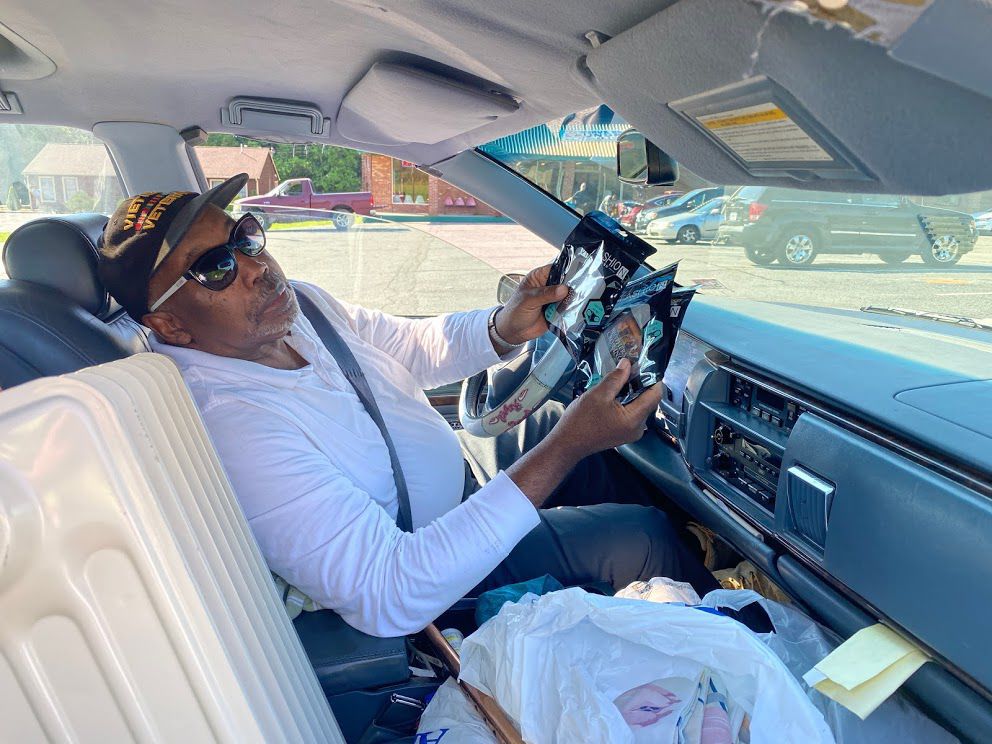 Jan Stockton stops by to pick up several face coverings. 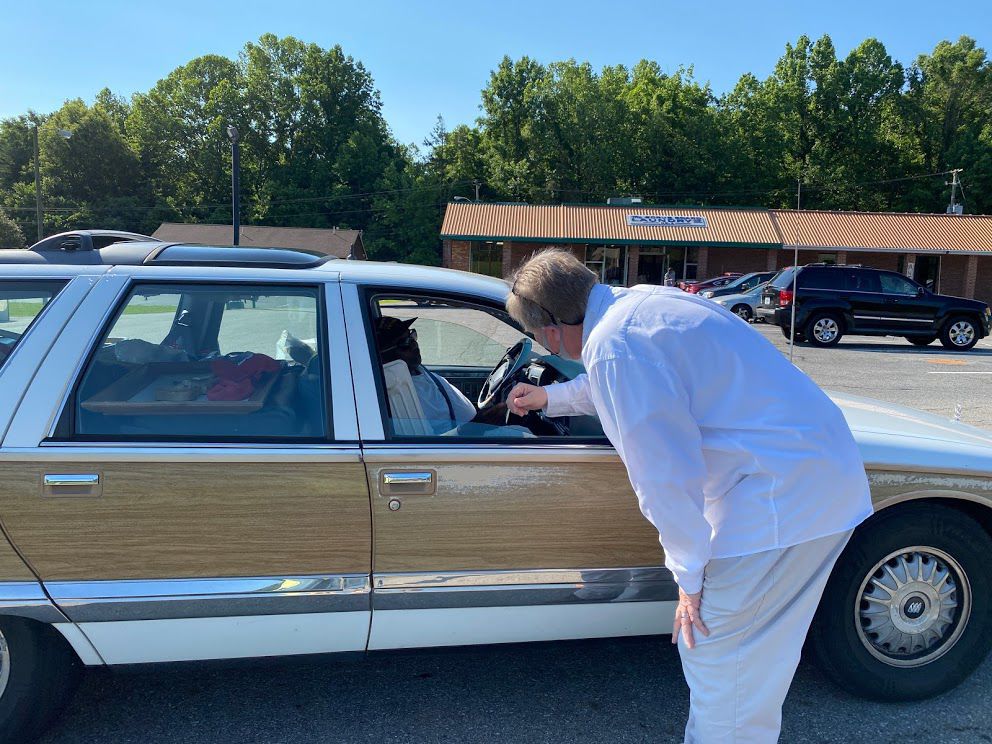 J.T. Clark passes out face coverings to people as they drive by.

A movie about the true story of C.J. Martin of Martinsville and J.T. Clark of Boones Mill finally will hit theaters next month after being delayed because of COVID-19.

"My Brothers' Crossing" is based on the book titled "In the Blink of an Eye: Forgiveness in Black and White," written by J.T and Terri Lee Clark.

This faith-based movie is about a wreck in Henry County that claimed the lives of two people and the events that took place afterwards.

J.T. Clark's bother and sister-in-law, Bobby and Pam Clark, had left a worship service at T.R.A.S.H. Ministries in Collinsville in August 2015 on their motorcycles about the same time Martin and his son left a football game at Bassett High School in their pickup truck.

A collision between the motorcycles and the truck occurred while the drivers were maneuvering around a detour.

The Clarks did not survive, and two month's later Martin appeared in court to pay the fine. J.T. Clark appeared and asked to pay Martin's fine. The judge, recognizing the forgiveness that was taking place in his courtroom that day, set the fine at $5.

The two men have become close friends since that day. Martin is the pastor of House of Purpose Ministries in Bassett, and J.T. Clark and his wife, Terri Lee, formed My Brothers' Crossing Ministries in Rocky Mount. They often minister together.

Such was the case Saturday morning when the Clarks joined members of the House of Purpose Ministries in the parking lot at 232 Riverside Drive in Bassett to distribute 2,000 reusable face coverings.

"Our lives have been blessed by the wonderful people in Henry County," J.T. Clark said. "We want to help make sure anyone needing a face covering has one."

The movie is set to be released nationwide on July 17, and much of it was filmed in the same location as the the actual events.

"Our community played an essential role in telling the story," said Beth Stinnett, assistant director of tourism for the Martinsville-Henry County Economic Development Corporation. "It is touching to see these ministries giving back in such a thoughtful way."

Said Terri Lee Clark: "You'll see in our movie it starts out with the riots in Baltimore that were going on five years ago during this fatal accident, and to have all of this transpiring again - it's just evidence of God's timing in all of this to hopefully bring people together in the world to show that there is no color."

These 17 retirees claim the company has stopped paying them.

Board of Supervisors approves grant funds for broadband study.

Martinsville's application for $600,000 toward BB&T project is turned down

Developer says he will continue with his plan for building.

The elementary is listed on state database, although the high school has more recently added cases.

WATCH NOW: This is a real fish story

The body found in the Smith River on Oct. 29 has been identified as that of a man from High Point who suffered from dementia.

There were no apparent injuries.

Personal storage facility would have been built next to a gas station where multiple shootings have occurred.

WATCH NOW: Teenager creates a book from letters that included the wisdom of mothers from around the region

In "Love Letters to My Son" Ocir Black tries to capture the words that were passed along.

Members of the House of Purpose Ministries.

Jan Stockton stops by to pick up several face coverings.

J.T. Clark passes out face coverings to people as they drive by.