CDC backs booster shot for all adults due to omicron variant

WATCH NOW: New partnership notches up its vision for uptown Martinsville
0 comments
Share this
{{featured_button_text}}
1 of 2 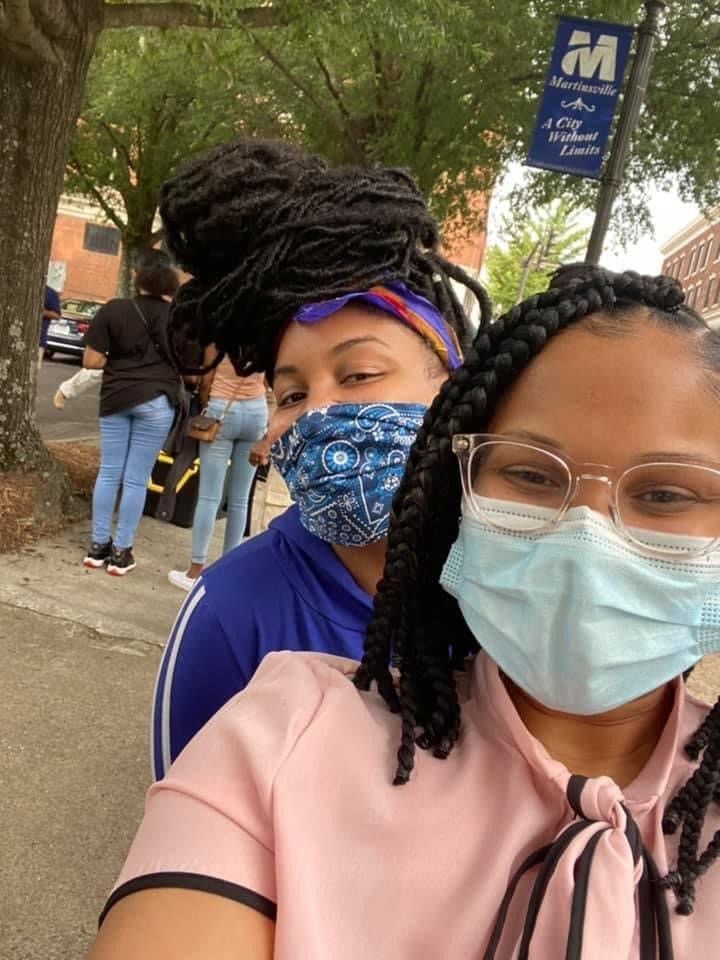 City council memberJennifer Bowles (in front) and Social Butterfly director Jailyn Draper (behind her) take part in Thursday's UPtown Vision Walk. Notes about uptown from the 40 participants are being used to guide UPtown Partnership in its efforts to revitalize uptown Martinsville. 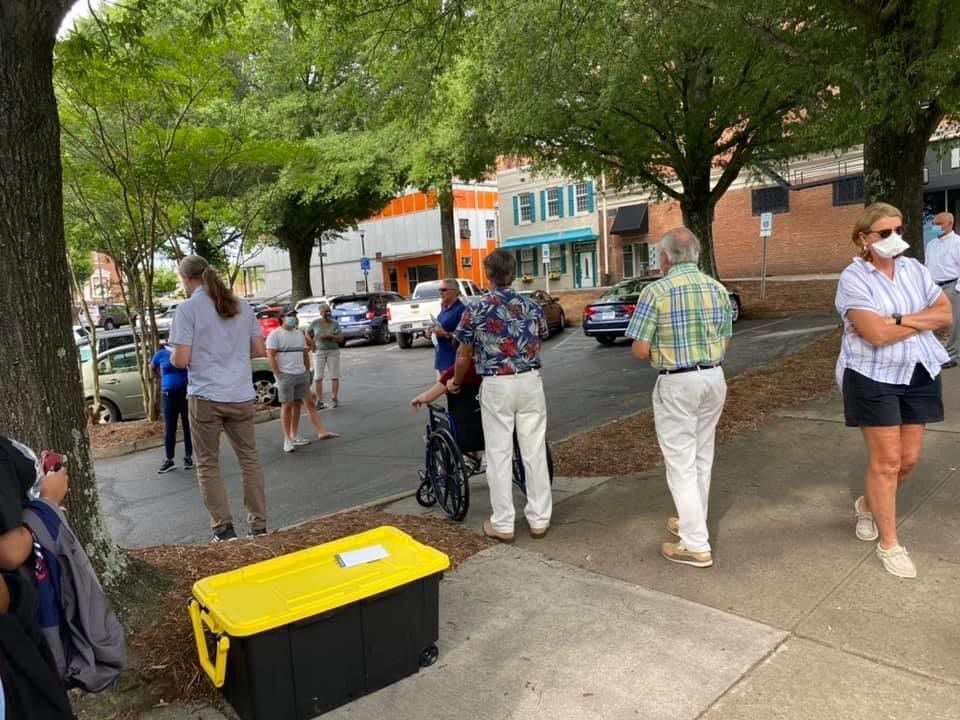 About 40 people walked through uptown Thursday night, talking about and taking notes on how uptown Martinsville could be improved. The new group UPtown Partnership is using those notes to help plan its efforts at revitalization.

The mission of UPtown Partnership, as stated on its website, is “to create a vibrant, attractive, adaptive, and charming Uptown District that is welcoming to visitors, residents, and investors, by:

The group will collaborate with business and property owners, residents, community organizations and local officials to drive revitalization.

Lee Prillaman is the president. He owns the Holt Building, which is diagonal from the uptown post office, and recently had it renovated with commercial space at the ground level and two apartments above.

Natalie Hodge is the vice president. She lives uptown, in an apartment in the building that adjoins the Jefferson Plaza, across from the Holt Building.

The group’s first matter of business was to complete the application for Virginia Main Street designation. The application had proposal sections contributed from representatives of the Martinsville-Henry County Chamber of Commerce, the city of Martinsville, several local uptown residents and about 15 businesses.

“Virginia Main Street is a Main Street America State Coordinating Program that offers a range of services and assistance to communities interested in revitalizing their historic commercial districts,” the Virginia Department of Housing and Community Development website states.

In fact, the group “all came about because we no longer had the Virginia Main Street designation” in Martinsville, Hodge said. “It was a technical snag.”

Martinsville lost its contention for the designation when the former Martinsville Uptown group was absorbed into the Martinsville-Henry County Chamber of Commerce, she said.

Having Main Street designation would help the area get grants, she said.

UPtown Partnership “will have some similarities” to the former Martinsville Uptown, she said: “Both organizations were designed to support growth in uptown. The key difference is some of the goals we have. We’re not necessarily going to be doing as much event programming. We’ll be supporting more of the area organizations.”

Martinsville Uptown had sponsored the TGIF concert series, which was taken over by UpTown Rotary Club in 2019, but not held this year because of the coronavirus pandemic. It also had sponsored Oktoberfest, which was run last year by the chamber.

On Thursday, UPtown Partnership hosted an “UPtown Vision Walk,” which was attended by about 40 people. In small groups, people talked about their vision for the future of uptown as they strolled along its streets. Their notes are being used to refine UPtown Partnership’s strategic plan.

“The diverse cross section of participants shared key insights on what they believed would make UPtown a vibrant business district. Building vacancies and renovations, more residential spaces and new business development support were all hot topics in the groups,” Hodge wrote in an email after the walk.

The group’s website states five goals for this year:

“There are a lot of new projects you will be hearing about through the end of the year. Big ones and smaller. We are working to bring back the charm of uptown and turn it into an exciting gathering place for our region,” Prillaman stated in a press release.

Posts on the group’s Facebook page, “UP Martinsville,” get some conversations going: “What would you like to see more of in UPtown Martinsville? – Dining – Entertainment – Modern Housing – Other?”

On the day before Thanksgiving, dozens of volunteers gathered at the Henry County Food Pantry in Bassett to provide a drive-thru holiday meal …

City council memberJennifer Bowles (in front) and Social Butterfly director Jailyn Draper (behind her) take part in Thursday's UPtown Vision Walk. Notes about uptown from the 40 participants are being used to guide UPtown Partnership in its efforts to revitalize uptown Martinsville.

About 40 people walked through uptown Thursday night, talking about and taking notes on how uptown Martinsville could be improved. The new group UPtown Partnership is using those notes to help plan its efforts at revitalization.