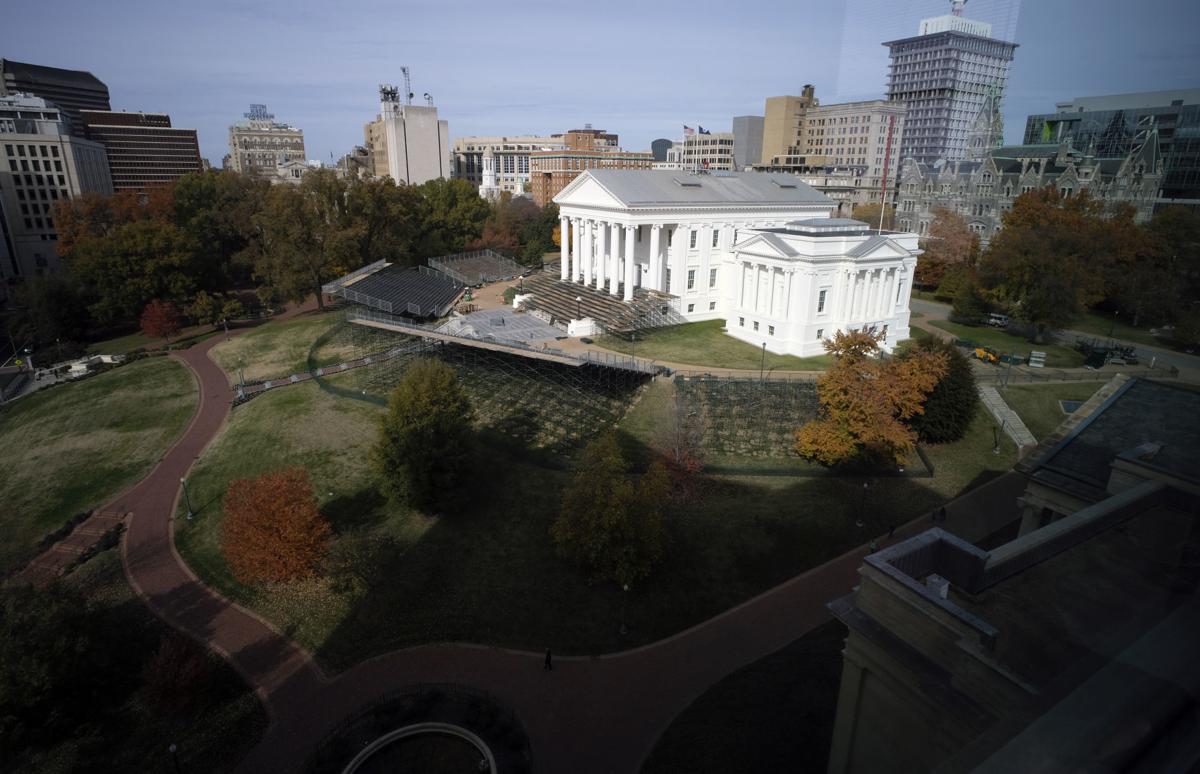 The Virginia State Capitol, photographed from the Washington Building in Capitol Square in Richmond. 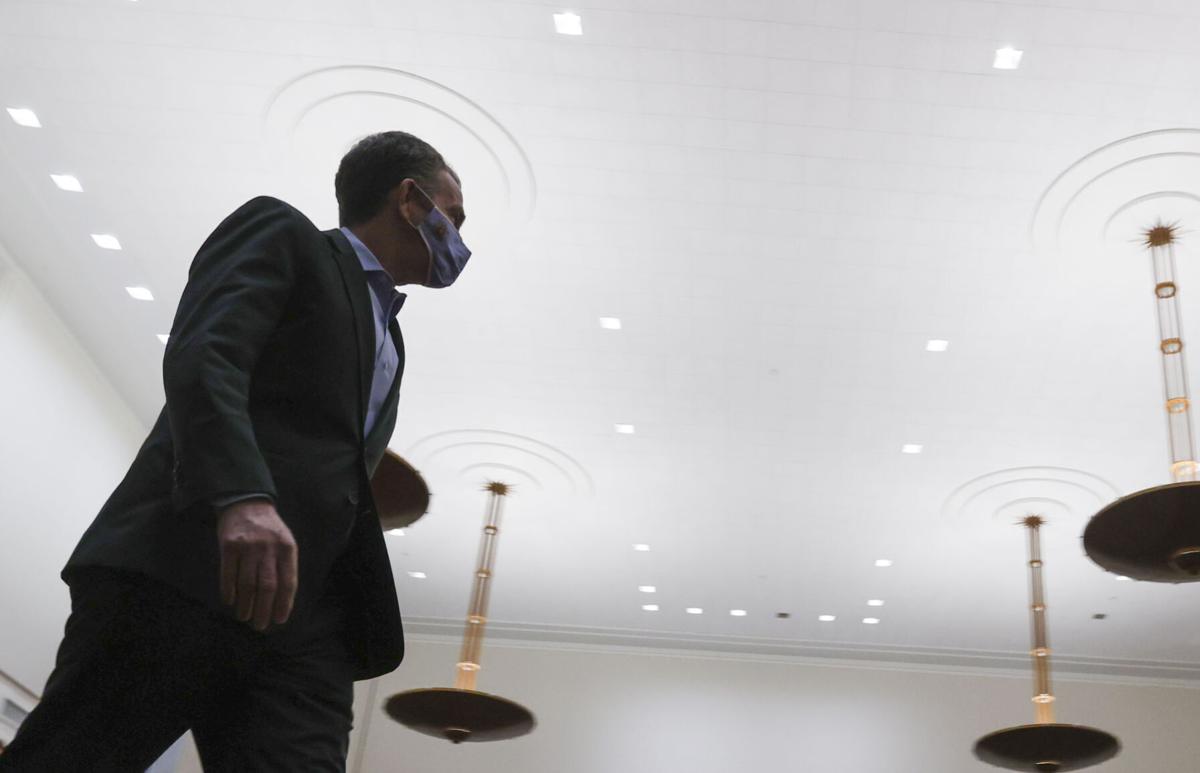 Gov. Ralph Northam wants to speed up the processing of sealing criminal records on marijuana offenses.

The Virginia General Assembly is reconvening Wednesday to take up Gov. Ralph Northam’s recommended changes to legislation, with much of the attention being paid to him urging lawmakers to speed up legalizing simple possession of marijuana.

The General Assembly passed legislation to make it lawful for an adult to possess up to an ounce of marijuana in 2024, when commercial sales begin, but the chances of the legislature passing Northam’s amendment to accelerate the timeline look good.

House Speaker Eileen Filler-Corn, D-Fairfax, and Del. Lamont Bagby, D-Henrico, the chairman of the Virginia Legislative Black Caucus, have both endorsed what Northam wants to do. Del. Sam Rasoul, D-Roanoke, said while he wished Northam had made some other changes, particularly investing more tax revenue from sales to a fund aimed at communities historically over-policed for marijuana-related crimes, he said he believes there’s a consensus. Rasoul was one of several Democrats who did not vote on the final legislation earlier this year because of several concerns he hoped Northam would address.

Northam, who has several months left in his term in office, also wants to speed up the processing of sealing criminal records on marijuana offenses. He’s also proposing funding an immediate public awareness campaign on the health and safety risks of marijuana and training for law enforcement. He’s also asking lawmakers to back including protections for workers.

The General Assembly will vote on amendments to some three dozen bills, including the budget, during the one-day session. Northam did not veto any bills lawmakers passed during the regular session.

The House of Delegates will continue to meet virtually, while the Senate will gather at the Science Museum of Virginia in Richmond.

One proposal with shaky support calls for the General Assembly to give its word that in exchange for eliminating the controversial coal tax credits that benefit Southwest Virginia, it will invest the savings in the University of Virginia’s College at Wise so it can expand its course offerings in data science, computer science, cybersecurity and renewable energy. The Southwest delegation, which was opposed to scrapping the tax credits, is split on Northam’s amendment.

“An investment in UVa-Wise is an investment in all of Southwest Virginia,” said Sen. Jeremy McPike, D-Prince William, who patroned the bill and supports the amendment.

Northam is also suggesting changes to legislation that went through tough negotiations.

Lawmakers will once again take up the issue of providing a legal “presumption” that if firefighters, law enforcement, correction officers and emergency medical workers get sick with COVID-19 that it came from work for the purposes of receiving workers’ compensation. The House and Senate had disagreed on how far back to apply to compensation pay, whether to start of the declared state of emergency in March 2020 or sometime after. Local governments complained about the high cost of applying it close to the start of the pandemic, but first responders said a lot of them got sick in the early months.

Currently, the legislation would have compensation payments kick in if a worker got sick starting Sept. 1, 2020, but Northam is asking the General Assembly to have it apply starting July 1, 2020.

Lawmakers will also revisit a bill to set up a state-administered program that would offer IRA accounts to workers with no other retirement plan options. The version that passed both chambers would only apply to businesses with 25 or more full-time workers. The House wanted it to apply to businesses with five or more employees, including part-time workers. The Senate resisted part-time workers being included, which nearly caused the bill to die in the final hours of the regular session.

Northam is asking the General Assembly to approve his amendment to make part-time workers eligible for the program.

Among the 18 amendments Northam wants to make to the budget is one to spend $250,000 to conduct at third-party investigation of the Office of the State Inspector General’s handling of the investigation into the Virginia Parole Board’s decision to release Vincent Martin, who was sentenced to life in prison in 1980 for killing of a Richmond police officer. The Office of the Attorney General will consult with the House speaker and president pro tempore of the Senate as well as governor’s office before choosing an investigator. A report will be due to party leaders and the governor by June 15.

The parole board, which Northam appoints members to, has been under intense scrutiny for violating policies and the law in handling the release of other inmates. Republicans criticized Northam’s investigation proposal as being limited in scope and focused on investigating the Office of the Inspector General and the office’s lead investigator on the parole board who sought to come forward to lawmakers as a whistleblower rather than allegations of wrongdoing by the parole board.

“Gov. Northam’s late-arriving proposal to choose the investigator to look into his own administration is irresponsible,” Sen. David Suetterlein, R-Roanoke County, said in a statement. “It is the latest episode demonstrating that he and Attorney General Mark Herring are more concerned with protecting politically-connected Democrats than the people of the Commonwealth.”

Amy Friedenberger is a reporter for The Roanoke Times. You can reach her at amy.friedenberger@roanoke.com or 540-981-3356.

The Virginia State Capitol, photographed from the Washington Building in Capitol Square in Richmond.

Gov. Ralph Northam wants to speed up the processing of sealing criminal records on marijuana offenses.