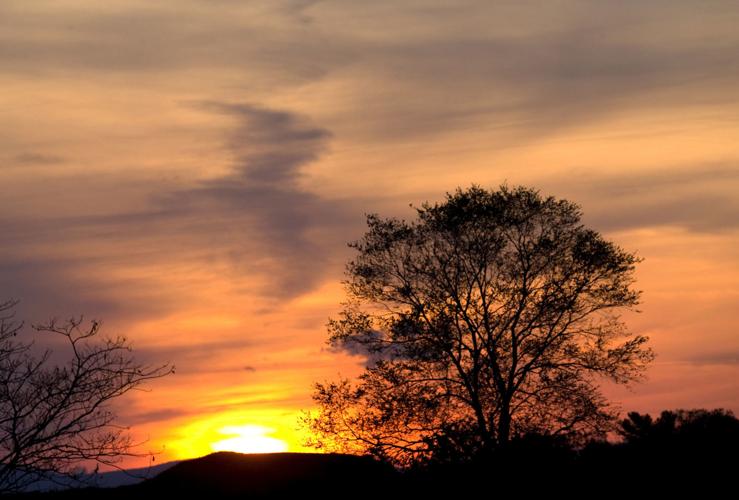 The sun sets behind Pine Mountain Overlook just off the Blue Ridge Parkway. 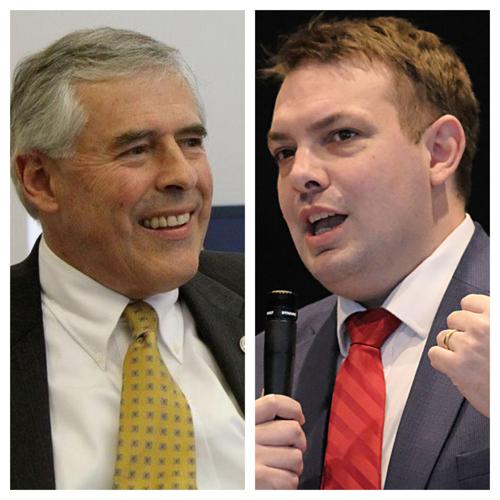 Partisan disagreement on timekeeping caused the failure of Senate Bill 1017, a bill from Sen. Richard Stuart, R-King George, on a party-line vote.

“What this bill does is it would keep us on daylight saving time,” Stuart said. “So the time that we practice during the summer is the time we would stay on all year round.”

Stuart said his main reason for bringing the bill was simply because he was tired of changing the clock twice per year.

“I just am really not sure why we put ourselves through it,” he said. “Although I’m beginning to learn.”

One point of disagreement arose on which timeframe to make permanent: standard time as observed during winter, or daylight savings time like is clocked during summer?

Sen. John Edwards, D-Roanoke, said he sided with the opinions of medical professionals in supporting year-round standard time, rather than daylight-savins time as recommended in SB 1017.

But it’s not something state government can or should control, he said. National lawmakers in U.S. Congress are also discussing similar changes to biannual time zone switches, with U.S. Senate passing a related bill last year. It remains to be seen if the U.S. House will agree.

“I’ve come to the conclusion that only Congress can really do this, because you cannot have a situation where Maryland, Virginia, North Carolina have different time zones,” Edwards said. “It’s bad enough in Bristol, Tennessee, and Bristol, Virginia. There’s an hour difference right smack down the middle of Bristol.”

He said a year-round standard time can suffice if federal lawmakers approve it, at least until people figure out the timing for a universal 24-hour clock.

“There are some mathematicians I’ve heard recently who came to the conclusion we ought to have one 24-hour day … around the world, at the exact same time, everywhere,” Edwards said. “You think that’s crazy? That’s what the airlines do.”

“I think this is fantastic,” Suetterlein said. “This is the sort of thing I hear from constituents all the time about.”

He said there are business, political and recreational benefits to maintaining year-round daylight saving time.

“I hear from so many small businesses, especially small retailers that want more hours in the evening to be open,” Suetterlein said. “People on Main Street with their stores open, they can have a lot more customers walk by.”

Suetterlein, a real estate agent, said people don’t ask to see houses before work, but an extra hour of daylight after work in winter would enable more property showings. And politicians on a campaign could benefit.

“This also gives you more time to door-knock,” Suetterlein said. “You’re not going to be door-knocking people at 8 a.m.”

The bill could bring more daylight for ballgames, too, especially rec league, he said.

Sen. Aaron Rouse, D-Virginia Beach, a former NFL and Virginia Tech football player, was less keen on the extra daylight for ballgames. He sided with fellow Democrats in the Senate majority who defeated SB 1017 by an 21-18 vote against.

Ford Motor Co. notified Virginia that it had selected the Southern Virginia Mega Site at Berry Hill for an electric battery plant prior to Gov. Glenn Youngkin scuttling the plan, according to two people with knowledge of the situation who spoke on condition of anonymity. Ford was also working on the site.

About 50 people attended a morning rally and news conference.

Nancy Pelosi: 'No intention' of watching video of husband's attack

Nancy Pelosi: 'No intention' of watching video of husband's attack

The sun sets behind Pine Mountain Overlook just off the Blue Ridge Parkway.