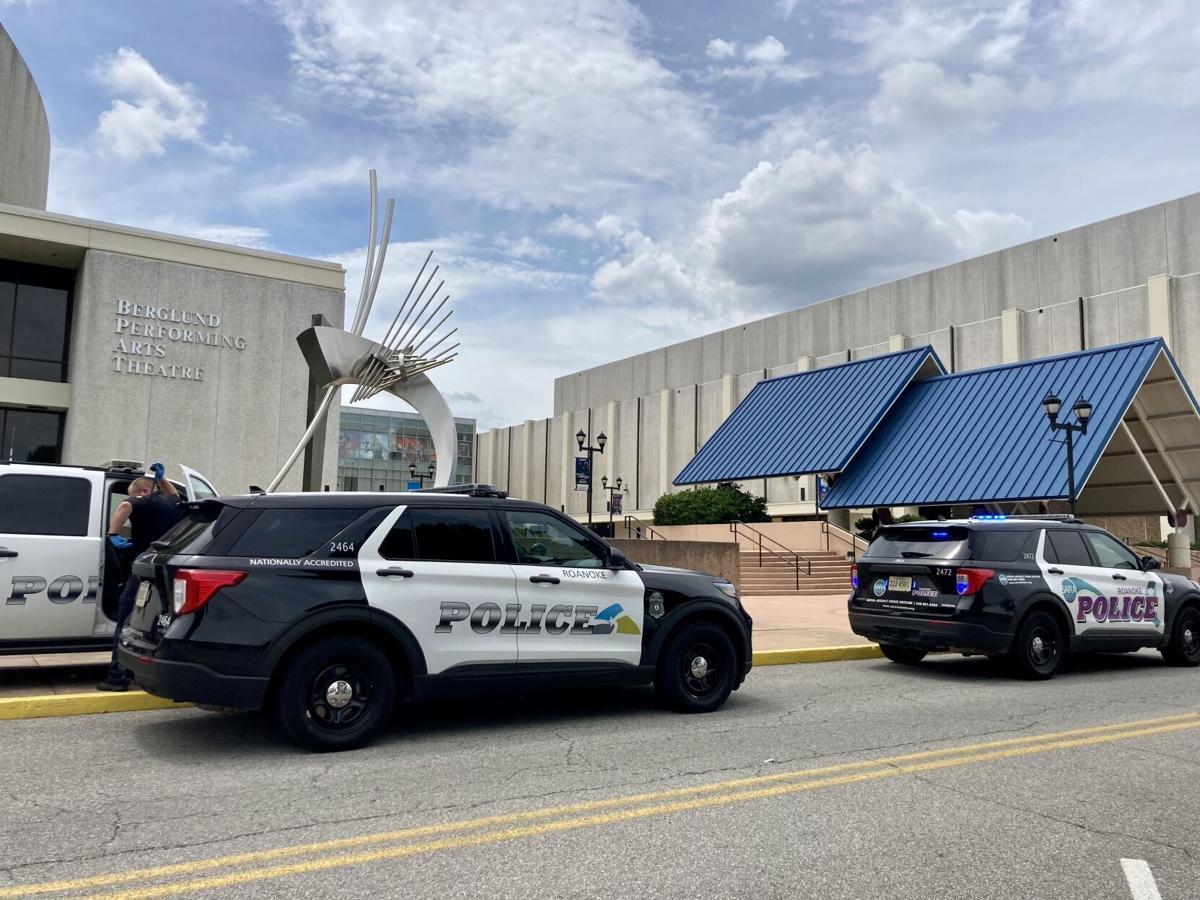 Roanoke police vehicles outside the Berglund Center on Wednesday following a shooting in the parking lot as William Fleming High School's graduation rehearsal was taking place inside. 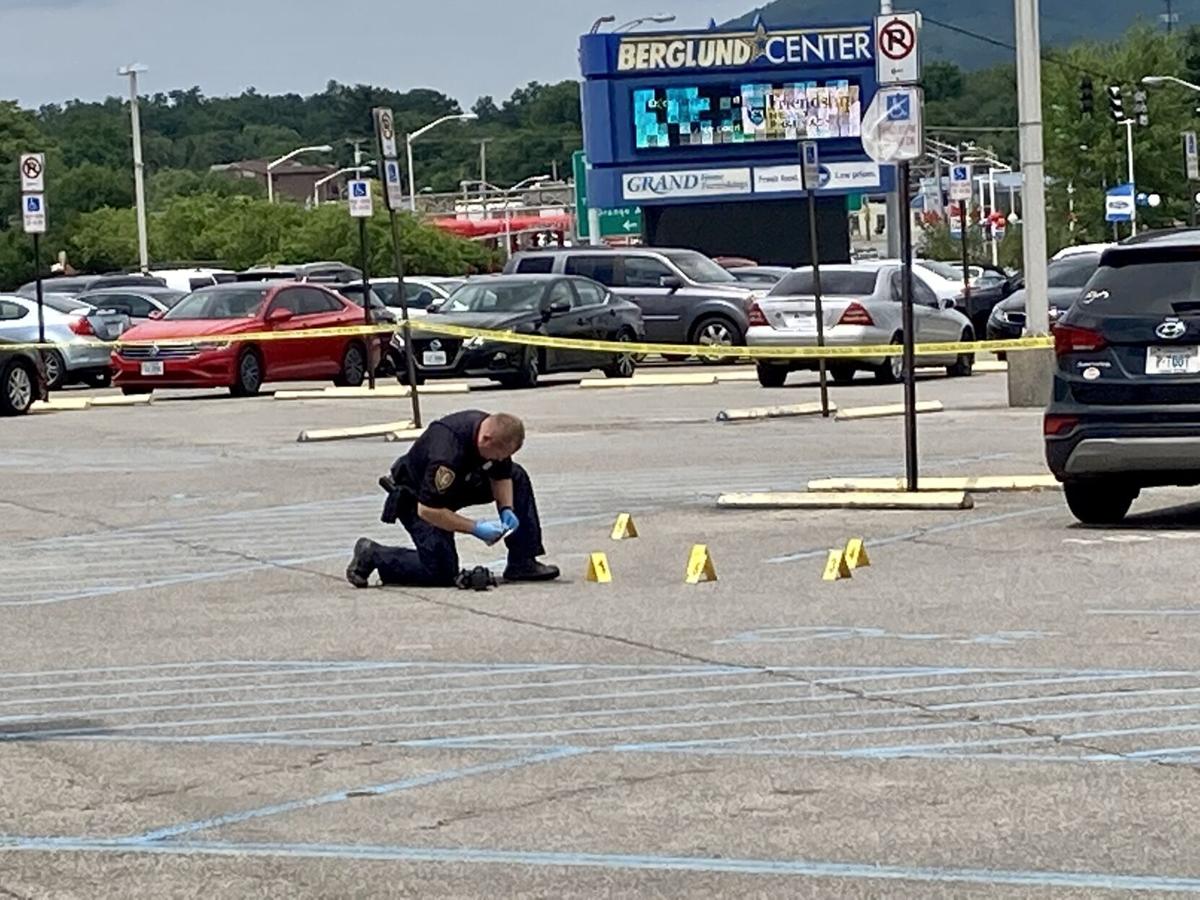 A police officer inspects the scene in the Berglund Center parking lot on Wednesday afternoon. A student was injured in a shooting just before William Fleming High School held its graduation practice inside the center. 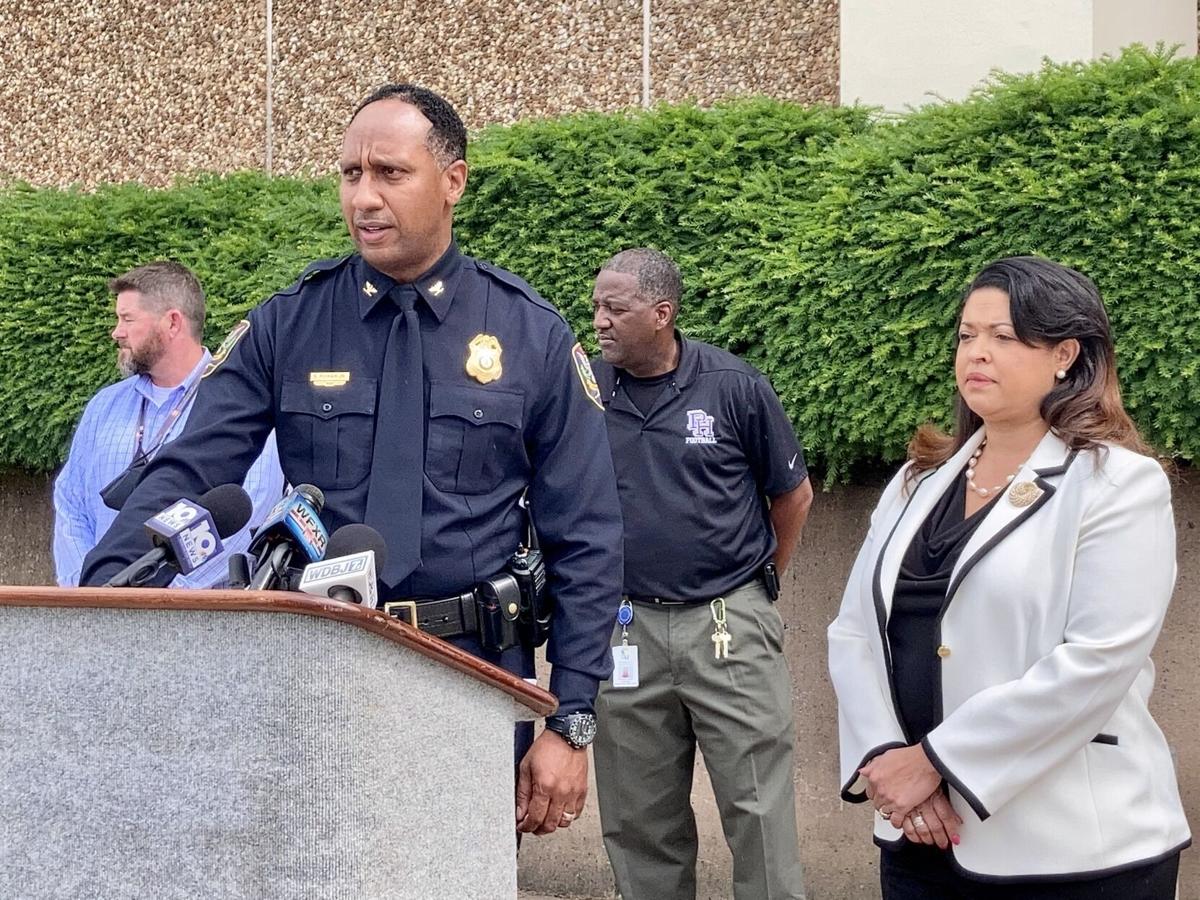 BY ALICIA PETSKA The Roanoke Times

A student was wounded by gunfire Wednesday afternoon in the parking lot of the Berglund Center as his classmates gathered inside to rehearse for graduation.

The victim, a teenage boy, sustained injuries that didn’t appear life-threatening, police said. Witnesses said it looked like he had been struck in the arm.

He was taken to Carilion Roanoke Memorial Hospital for treatment.

The shooting erupted around 2 p.m. as members of William Fleming High School’s graduating class were inside the civic center starting to rehearse for their commencement ceremony set to happen Thursday.

Students sheltered inside for about an hour and a half until they could be released to their parents. No one else was injured. The city schools said 301 seniors were present.

The schools said the victim was a student. No other information about him was released by officials. Witnesses said he was a Fleming senior.

The boy’s family had been contacted, administrators said, and counselors were dispatched to the Berglund Center to help other students.

“The health and safety of our students is paramount and No. 1 for us,” said Superintendent Verletta White, adding school leaders were focused on providing support for students and staff.

Wednesday’s shooting appears to have stemmed from an argument between the victim and another juvenile, police said.

There had been an altercation earlier that day that was described as “somewhat resolved” but another argument ensued that afternoon and ended in gunfire, said Chief Sam Roman.

The investigation was still in its early hours and detectives were working to learn more, Roman added during a news conference Wednesday afternoon.

But, he said, authorities don’t believe there is any ongoing danger to the public.

Investigators on the case roped off a section of the parking lot Wednesday outside the civic center’s front steps. Six evidence markers were placed on the ground.

In addition to police officers, sheriff’s deputies were sent to help provide security around the center. Mayor Sherman Lea also came to the scene after being notified of the gunfire.

He expressed frustration that violence would mar an event meant to celebrate Roanoke’s youth.

“This is horrible, horrible,” he said. “These young people are here getting ready to graduate from high school … It’s just so tragic.”

Combating gun violence has been a top priority for the city. Lea continued to urge the community to partner in that work by taking part in anti-violence initiatives and by reporting information to police.

The shooter in Wednesday’s altercation fled afterward, police said. No suspects were found on scene. The victim ran and sought help inside the civic center.

Graduating senior Brenden DeCourcey said he was inside waiting to file into the main auditorium when he saw a classmate stumble in, wounded, asking people to call an ambulance. Teachers rushed to help him.

“It was terrifying,” said DeCourcey, 17, pausing to take a deep breath. “It was just crazy.”

He had worked so hard for this moment, she told him. He deserved to walk across that commencement stage in his cap and gown.

White said the schools will be working with law enforcement to enhance security and safety measures for the ceremony. Officials did not want to cancel the event.

Students already faced so many disruptions and lost milestones during the past year due to the pandemic, White said. They should not lose the chance to be presented with their diploma too.

Authorities confirmed about 9:30 p.m. that three bodies had been found and were believed to be those of some of the missing rafters.

A law that bans masks will be back in effect in July. Civil rights advocates say conflicting guidance could lead to dangerous interactions with police.

By the end of the month, Virginia will no longer be under a state of emergency due to COVID-19, and as a result, a state law banning masks will go back into full effect.

A student passenger is in critical condition after she and other occupants of a driver's education vehicle were injured in a six-car collision in Newton on Wednesday afternoon.

A group of more than 50 county residents demanded lifting of mask and social distancing requirements and a ban on teaching critical race theory in Franklin County schools.

NEWPORT NEWS — The parents of a 2-year-old Virginia boy have been arrested after the toddler picked up a gun and shot and injured himself, police said.

Manufacturers want extra unemployment to end, but Northam's not budging

Virginia manufacturers warned Thursday that their inability to hire workers is hurting production and could prompt them to expand automation to replace people on production lines.

In a 911 recording released Tuesday, the caller describes finding a motorcyclist along the highway who said she had been shot.

Hundreds of bank customers were victims of a scheme that involved hidden cameras and skimmers at ATMs.

Roanoke police vehicles outside the Berglund Center on Wednesday following a shooting in the parking lot as William Fleming High School's graduation rehearsal was taking place inside.

A police officer inspects the scene in the Berglund Center parking lot on Wednesday afternoon. A student was injured in a shooting just before William Fleming High School held its graduation practice inside the center.