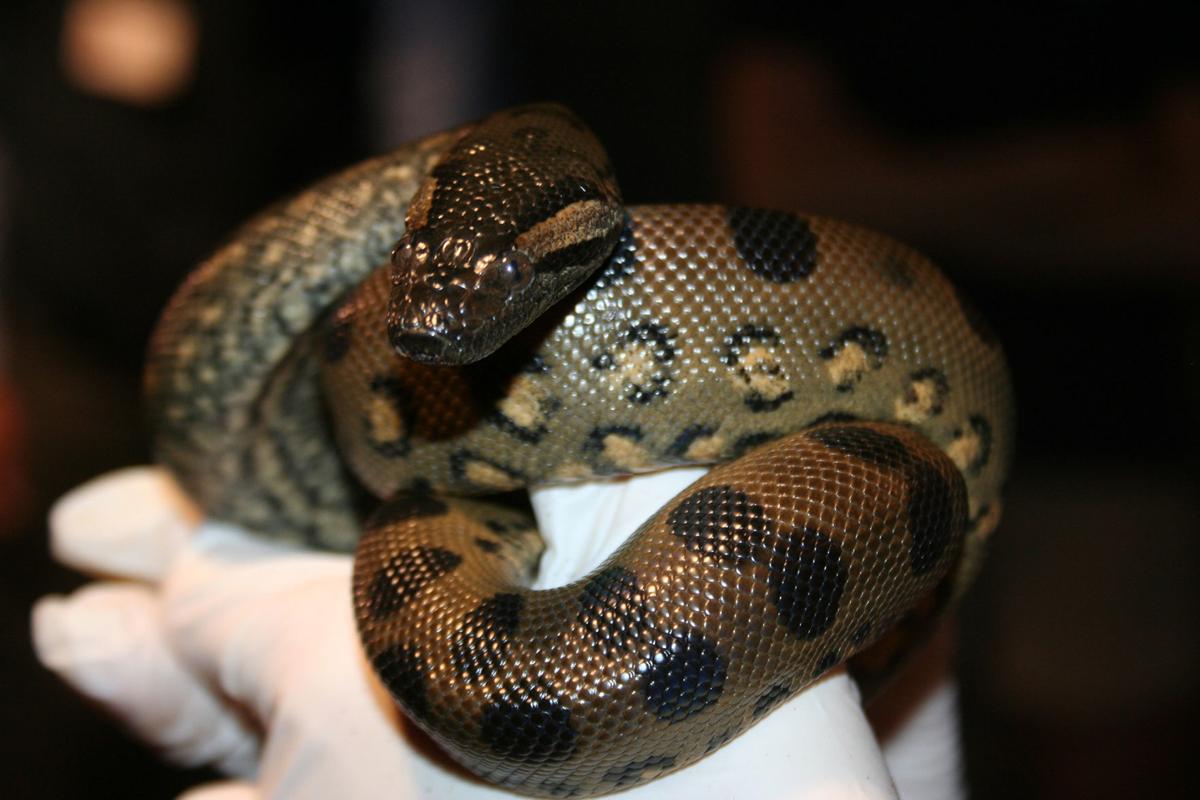 Close-up of one of the young anacondas, born via parthenogenesis at the New England Aquarium. They are each a little over 2 feet long and weigh about a half pound. 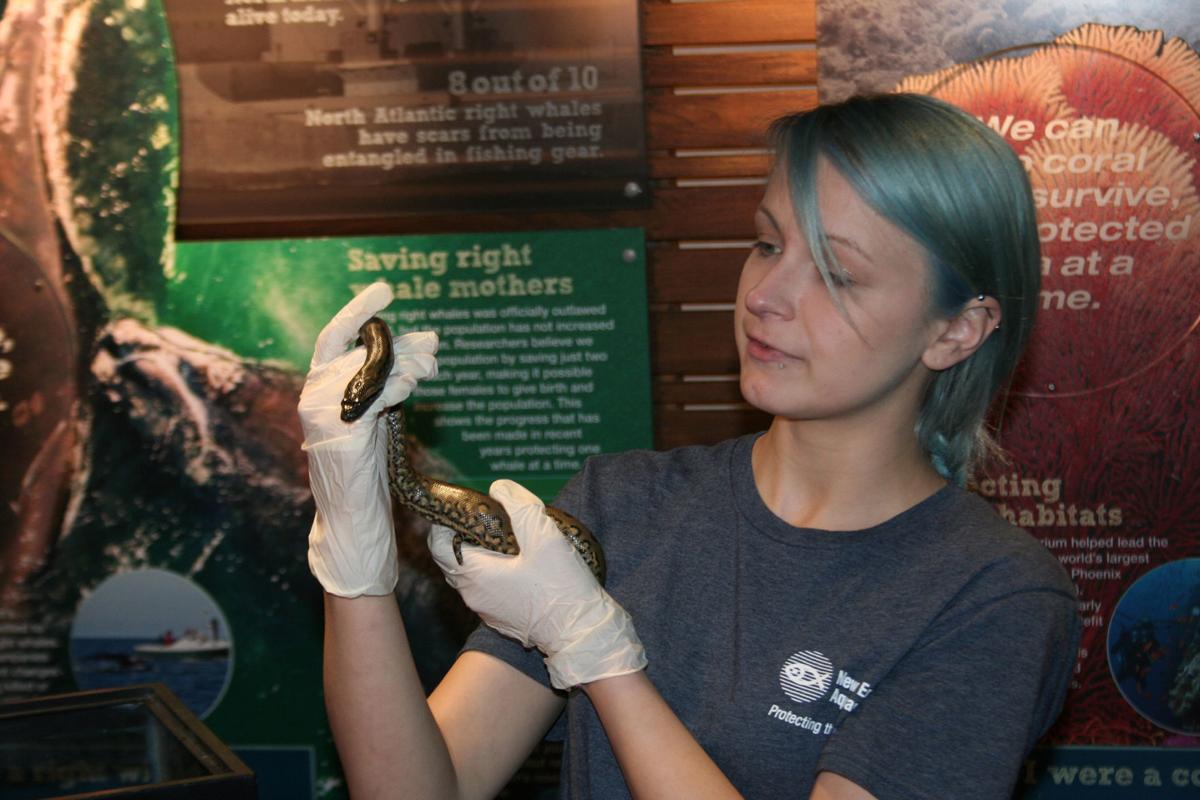 Staffers at the New England Aquarium last winter were setting up for an after-hours event near the Amazon rain forest exhibit when they made an unexpected discovery.

Anna the anaconda — 30 pounds, 8 years old and 10 feet long — had given birth to a litter of baby snakes.

Aquarium staff notified the resident biologist, who scrambled into the tank and found three live babies and about a dozen stillborn.

On its face, anaconda birth isn’t unusual. Anaconda have no trouble reproducing in aquarium settings, and the snakes living in this Amazon exhibit were no exception. If left to freely breed, green anaconda like Anna can have dozens of babies at a time, which is precisely why staffers at this Boston aquarium had taken great care to keep male and female snakes in separate tanks.

By design, Anna’s roommates were all female. She had no contact with males.

And yet, she had still, somehow, become pregnant.

Was it magic? Divine intervention? A secret, late-night reptile tryst?

Of course not, the biologists knew. This was simply the wonders of science.

The staffers immediately suspected a rare reproductive strategy called parthenogenesis, which means that a female organism can self-impregnate. She does not need no man-aconda.

The word itself is of Greek origin. Its translation means virgin birth.

The phenomenon is far more common in plants and insects, but has been documented in some lizard, shark, bird and snake species. Just once before, at a zoo in the United Kingdom in 2014, had scientists documented a parthenogenesis case in green anaconda whose young were born alive.

“Genetically, it’s a vulnerable process,” Aquarium spokesperson Tony LaCasse said. “It’s among that tagline, life will find a way. It’s a completely unique and amazing reproductive strategy, but it has a low viability compared to sexual reproduction.”

Parthenogenesis is not necessarily a product of captive circumstances. The process has been documented in the wild and is known to occur within species where the female might not see a male for an extended period of time, LaCasse said.

Based on that, parthenogenesis was a logical explanation for Anna’s immaculate conception.

But before the aquarium could make it official, the staff biologists “had some detective work to do,” according to a news release.

Anna’s female roommates were closely examined to re-confirm their biological sex. Staffers ruled out “delayed embryo implantation,” because Anna’s life history was well documented. She had been born at a certified reptile organization and brought to the New England Aquarium as a very young snake, all with no exposure to males.

“Aquarium veterinarians sent off tissue samples for analysis,” the news release said. “Many weeks later, the results acknowledged what most Aquarium staff had suspected.”

Anna’s DNA was all they found. And her two living babies — a third died 48 hours after birth — appeared to be her genetic copies.

“There can be different kinds of parthenogenesis, many of which do not yield exact DNA copies of their mother,” the aquarium explained in the news release. “However, the limited genetic sequencing done for these two young snakes shows complete matches on all the sites tested.”

On Thursday, when the Aquarium presented Anna’s mystery to the world, staff said they had been holding the two babies “every day of their short lives” to condition them for regular handling by humans. The public can’t quite view the two youngsters yet. They’re still being cared for behind the scenes.

The thinner of the two is laid back, the aquarium said. The thicker one is the explorer.

“It’s a little bit of excitement in terms of the birth,” LaCasse told the Boston Globe. “But also one of success because the mystery was solved.”

Video: New England Aquarium's Anna the anaconda gave birth to a litter of baby snakes in January 2019 despite not having any contact with a male snake.

Jan. 6th prosecutors use insurrectionist’s ‘Game of Thrones’ quote against him

Jan. 6th prosecutors use insurrectionist’s ‘Game of Thrones’ quote against him

Close-up of one of the young anacondas, born via parthenogenesis at the New England Aquarium. They are each a little over 2 feet long and weigh about a half pound.