HOLLY KOZELSKY: This curse evolves to the world wide web
0 comments
Share this
Only $3 for 13 weeks

Back when Cleofas hexed me with a curse over a voodoo doll, we never imagined the real magic would be something called the internet.

And that mysterious, mystical World Wide Web now has united us in a common cause 20 years later, from 2,000 miles apart.

Cleofas was a lovely young lady in the remote mountainous village I had visited often in Mexico. I taught school when I was there and did a lot of activities with some various families.

Cleofas didn’t like me, though. There have been plenty of women who haven’t liked me through the years, but she was one of my two most interesting adversaries, just for the sheer cleverness of approach. I have to raise an eyebrow in respect for the thought they put into it.

(In case you’re wondering, the other woman sicced on me a particularly pesky lady with religious tracts, and since I respect people doing the Lord’s work, I politely listened to her long, boring lectures every month after that for years.)

Twenty years ago when Cleofas had her attitude, villagers warned me that I better had not leave my clothes unattended on the clothesline, because all she’d need to make a voodoo doll was one of my garments. However, the mountain air was so damp that clothes would take two or three days to dry, and I wasn’t about to sit around watching them.

On day, word got back to me that she had taken something of mine — and I’d better watch out. I didn’t pay it much mind, and eventually, the years passed, and we lost touch.

Back then, there was no phone in that village (and no running water, and only sporadic electricity). Now many people there have cellphones and are on Facebook. Every single one of those dozens of children I used to teach and play with now live in cities in Mexico and the U.S., where they work and send money back home to their parents and grandparents.

One day, one of the (now grown) girls asked me in shock: “Why do you have Cleofas as one of your Facebook friends? She put a curse on you!”

I told her, if I did, I didn’t know it. She pointed out a picture of a short, stocky, middle-aged woman with short hair who lived in a city and uses a nickname, Sunshine, on Facebook. I remembered Cleofas as a slender, pretty young girl with long hair who lived in the mountains. Apparently, Sunshine and Cleofas are one in the same.

Well, we had been Facebook friends for a couple of years by then, so what did it hurt? I didn’t delete her.

Recently I saw one of Cleofas’s Facebook posts: An elderly lady named Esperanza (“Hope”) had run out of her own house in the village by a ruthless daughter-in-law and was living in destitution. Cleofas asked for donations so a house could be built for her.

I asked the others if this were legit and learned it was. Everyone from the village, whether they live now in Mexico City or in Raleigh, knows Esperanza’s story. These young adults I knew as playful, earnest children started wiring amounts of money back to Cleofas to get a house built for Esperanza.

They also are trying to get together a contingency of folks back in the village willing to run the daughter-in-law out of the village, because she’s not from there and shouldn’t be treating her elders with disrespect.

My daughter and I went to a local tienda (store) to wire some money for the cause. The clerk asked why I was wiring money to that village, so I explained.

We chatted about that and other things long enough for me to tell her, “The funny thing is, the lady I’m sending money to, who’s organizing all this, is the same lady who committed brujeria [a curse] on me when we were young!”

I thought that she would take it like I do, with that “what a funny and interesting world we live in” attitude, but no.

She drew back, eyes opened wide, and gasped, “Oh! Did you get cured?”

“And you are sending her money!” she said.

“It’s for the señora. Besides, it’s been 20 years,” I said. “We’re not young ladies anymore, with their silly ways.”

“Times have changed,” the clerk said.

And what a fortunate life it is to have lived through such a wide difference of times, from witchcraft and voodoo in a village with no utilities, to modern days with technology.

And through it all — the years, the distance — the common human goodness to help one another.

Sitting on the glider on the porch at Leatherwood Grocery, Samson L. Hairston said he had just seen something he never before has seen in his life.

A friend started a conversation about what movies most frightened people. Answers included “The Omen,” “Texas Chainsaw Massacre,” “Death Race …

HOLLY KOZELSKY: When to teach about the cruelty inherent in man

When I was a child, my mother’s stark and depressing lessons of the terrible ways people treat each other gave me nightmares in sleep and haun…

HOLLY KOZELSKY: Why would ministers jeopardize the health of churchgoers?

Back in early March, when our pastor canceled Sunday school, I thought he was overreacting to the coronavirus panic.

HOLLY KOZELSKY: A glittery journey into the hotbed of COVID-19

A trip to New York, once the nation's coronavirus hot spot, reveals a different approach to protection.

Sometimes it can surprise you just how nasty a person you respected can be. 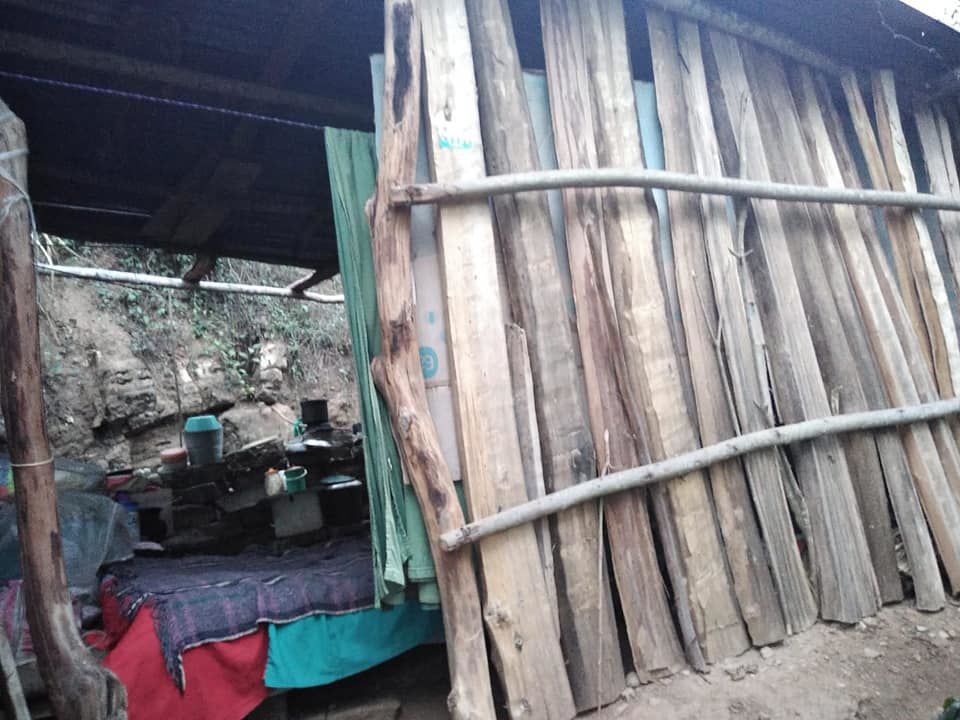 This is the home of Esperanza. It has a roof, and a partial wall, and inside you can see first her bed, and then her pots and pans beyond. The people from her native village in Mexico are sending money to get her a proper house built.