ANOTHER VIEW: Get a flu shot and avoid the "twindemic"
0 comments
Share this
{{featured_button_text}}
1 of 2 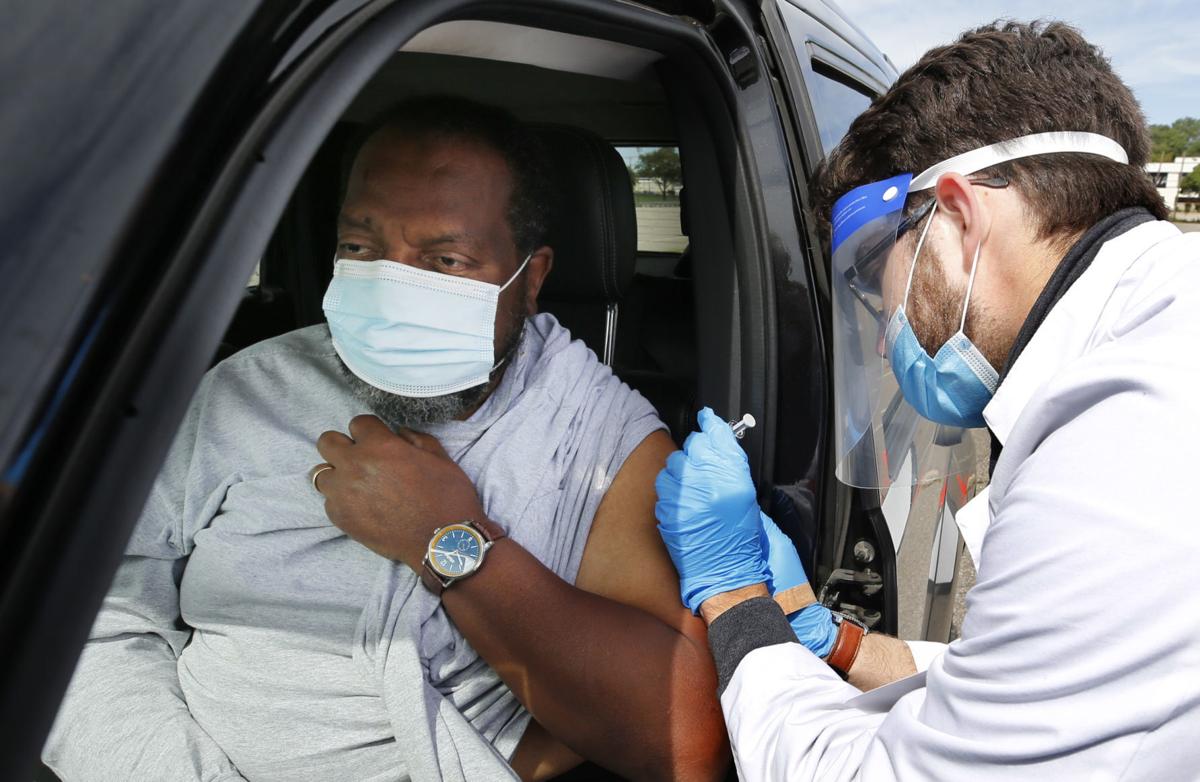 Pharmacist Bradley Long administered a seasonal flu shot to Chesterfield resident Tommy Bacote in a drive-thru vaccination center in the parking lot at The Diamond in September. 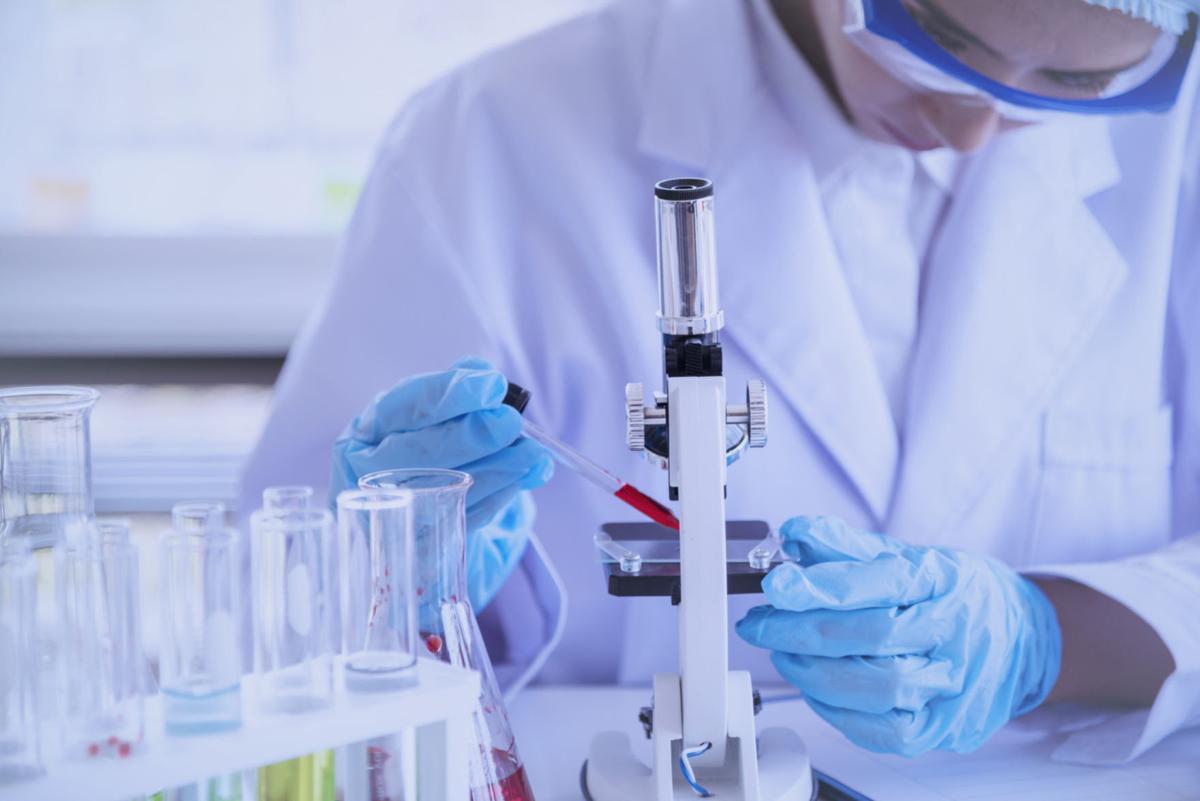 This year’s flu season is coinciding with what appears to be the start of the second wave of the coronavirus pandemic.

Reported cases of COVID-19 in the U.S. have risen over the past week, according to the COVID Tracking Project, setting new records in a handful of states. Virginia reported nearly 167,000 cases as of Monday, up about 6,000 in the past five days. More than 8.2 million cases have been reported nationally.

In Canada, where winter comes earlier than in much of the U.S., authorities say the second wave already has landed. Although health experts don’t know how hard the flu will hit this year, the prospect of a “twindemic” has them worried. Health providers particularly are urgent in their flu shot appeals this year, hoping to get their patients immunized before families come together for the holidays to share meals and pathogens.

Health authorities now agree that COVID-19 can be spread via aerosols that an infected person exhales (rather than forcefully expels by a sneeze or cough), imbuing the air with the virus for up to three hours in an unventilated room. Influenza can spread that way, too.

But even a mild flu season could overburden a medical system straining from COVID-19 cases. Remember the stories about overrun hospitals during the early days of the pandemic? Imagine how much worse things might be with a flu epidemic piled on.

In a typical year, millions of people in the U.S. are infected with influenza; over the last decade, hundreds of thousands of flu sufferers have been hospitalized, and between 12,000 and 61,000 people have died each year.

The typical seasonal influenza is not nearly as deadly as COVID-19, but occasionally a particularly lethal strain breaks out of the routine. One of them was the “Spanish flu” of 1918 that killed between 50 million and 100 million people (medical record-keeping wasn’t great 100 years ago).

And while it’s not certain that having influenza makes a subsequent COVID-19 infection more dangerous, some medical professionals suspect that it could. Both viruses attack the respiratory system. They also present with symptoms so similar, it’s hard even for physicians to tell them apart without a test.

One important difference between the two is that while we still are waiting for a COVID-19 vaccine, we do have one for influenza that readily is available at little or no cost.

But astonishingly, less than half of American adults choose to take this simple preventive measure most years. This past year, just 48% of adults in the U.S. were immunized against influenza.

If you never have gotten a flu shot, this would be the year to start. There’s no good reason not to. Manufacturers have ramped up production, and so far 105.5 million doses have been distributed in the U.S., with millions more to come. Health providers are trying to make it safe and easy to get the shots, offering walk-in and drive-up vaccination clinics.

Distrust in vaccines in general has been growing in recent years, but there still is a mountain of data that shows all vaccinations overwhelmingly are safe. And getting a flu shot does not make getting the flu more likely.

The shot contains inactive virus, and the nasal spray vaccine uses an active fragment too small to make you sick, both of which trigger the creation of antibodies that can help fight off an infection.

To be sure, getting a flu shot is no guarantee that you won’t get infected. The effectiveness varies from year to year, but the vaccine rarely reduces your chance of getting sick by more than 50%.

Developing seasonal flu shots is not an exact science because it requires scientists to predict which strain will be circulating far enough in advance that drugmakers can have doses ready by the time the flu season begins. But even if a flu shot doesn’t stop an infection, it will make getting the flu less terrible and deadly.

So get a flu shot. Call your doctor. Take advantage of vaccinations offered at your local pharmacy. Your health is worth it.

Although health experts don’t know how hard the flu will hit this year, the prospect of a “twindemic” has them worried. Health providers particularly are urgent in their flu shot appeals this year, hoping to get their patients immunized before families come together for the holidays to share meals and pathogens.

Although health experts don't know how hard the flu will hit this year, the prospect of a "twindemic" has them worried. Health providers particularly are urgent in their flu shot appeals this year, hoping to get their patients immunized before families come together for the holidays to share meals and pathogens.

OUR VIEW: We are failing our big test

As Sovah Health is reminding us, we aren't doing everything we can to avoid spreading COVID-19.

ANOTHER VIEW: Under new leadership, the search for a united COVID-19 policy begins

The holidays are the final chapter in a year showcasing the power of a pandemic and its ability to shatter norms.

ANOTHER VIEW: What woman has been on a Virginia statewide ballot more than any other?

Join us today as we dive down the rabbit hole of the past, present and future.

How’s this for news: An agency partially funded by coal has set up an incentive program to try to attract renewable energy firms to Southwest Virginia.

ANOTHER VIEW: Four questions for next year's legislative mapmakers

Now that we know who will be drawing new legislative lines in Virginia — a bipartisan commission, courtesy of the constitutional amendment that voters approved Nov. 3 — let’s turn our attention to some of the questions that will drive that mapmaking.

OUR VIEW: The case is made for Father Mark White

Father Mark White's issues with his church seem to have been vindicated.

ANOTHER VIEW: Other winners and losers from the election

Not all the winners and losers in last week’s election were on the ballot. Here are some of the others:

Pharmacist Bradley Long administered a seasonal flu shot to Chesterfield resident Tommy Bacote in a drive-thru vaccination center in the parking lot at The Diamond in September.