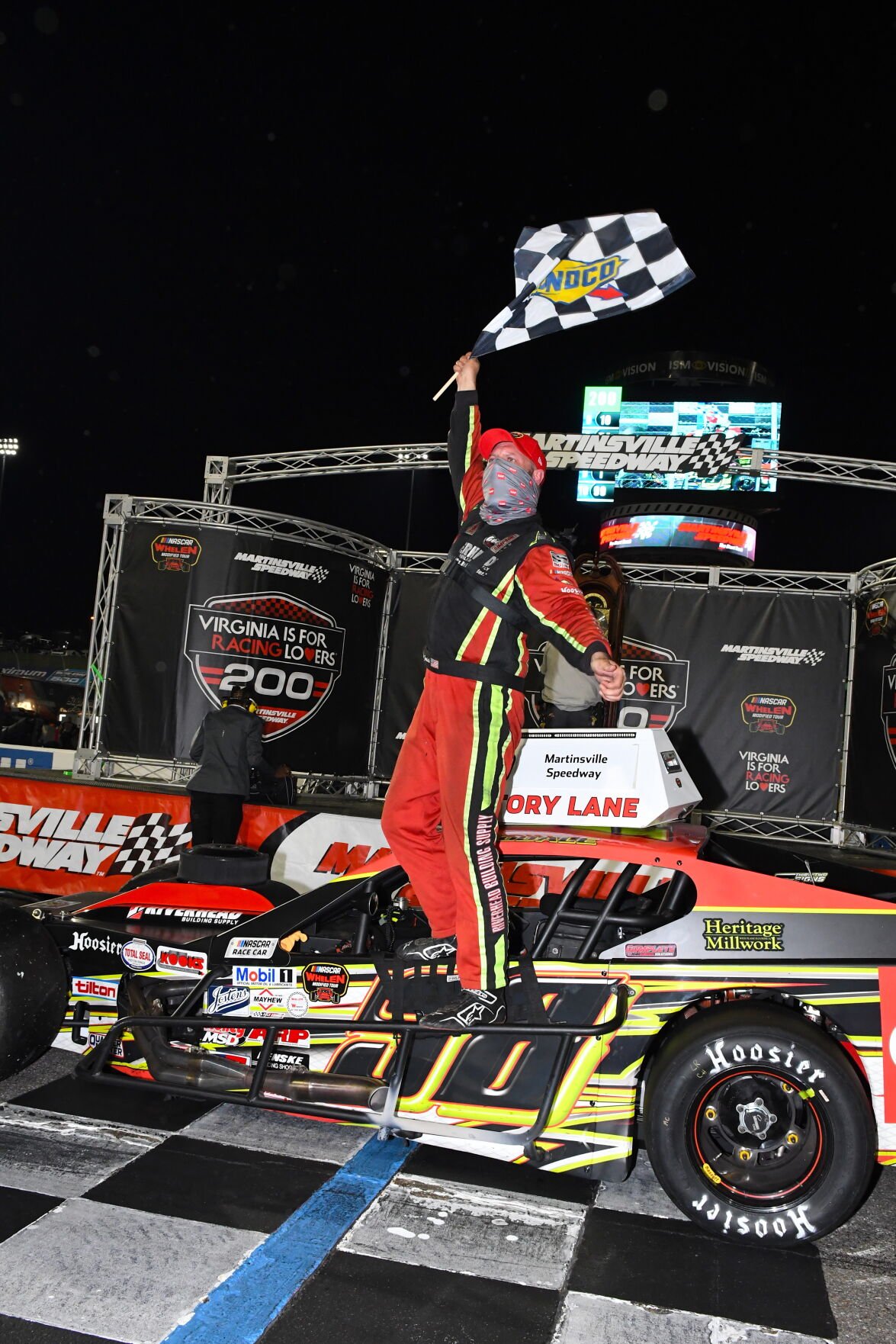 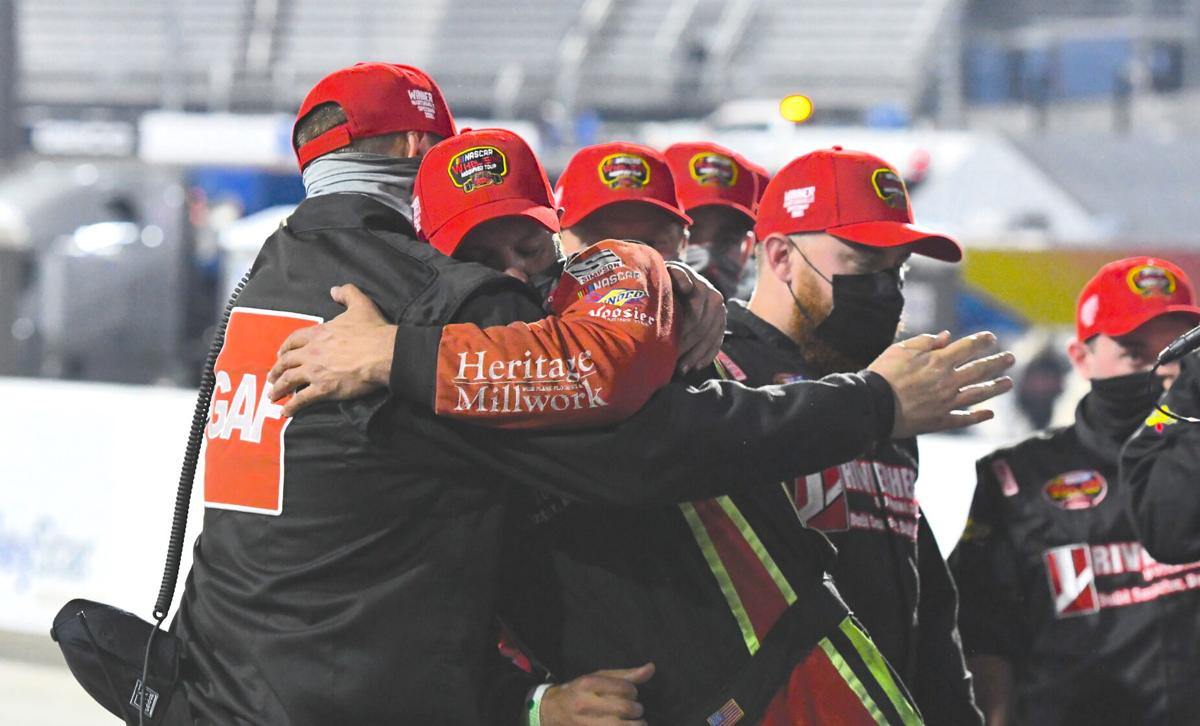 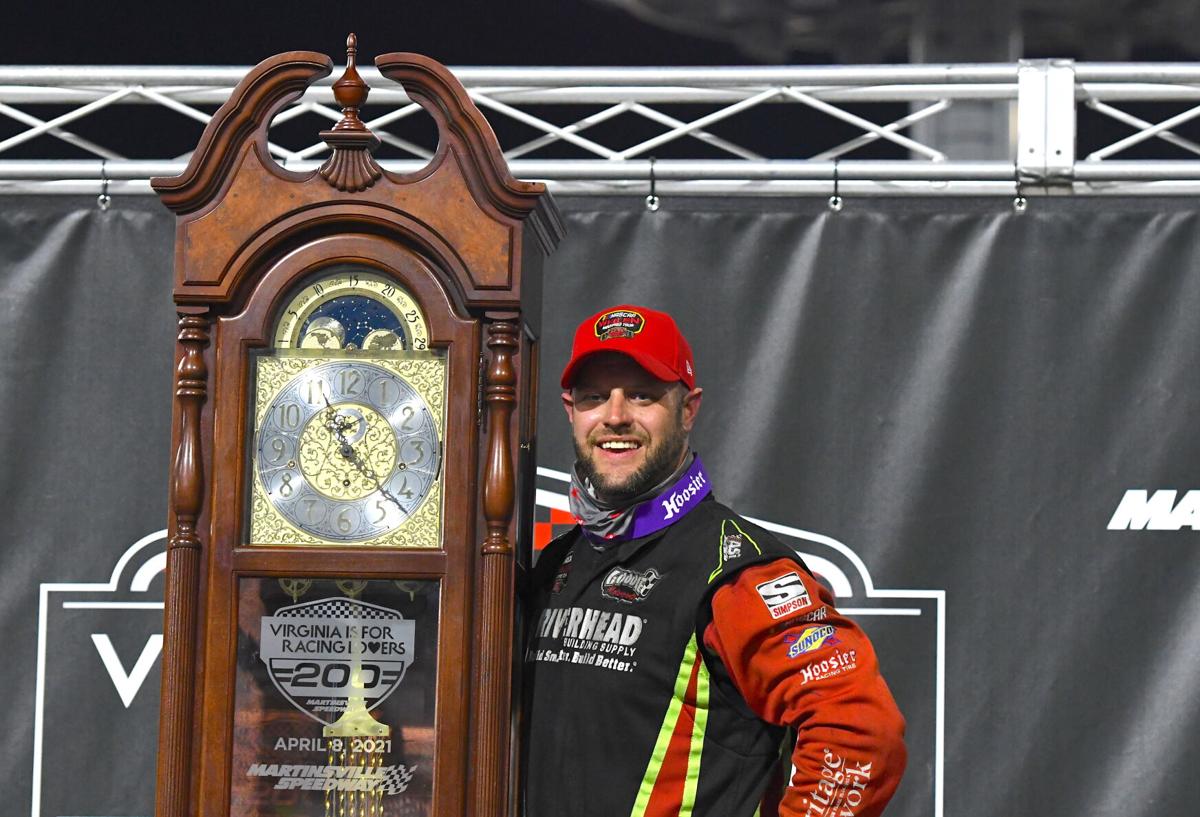 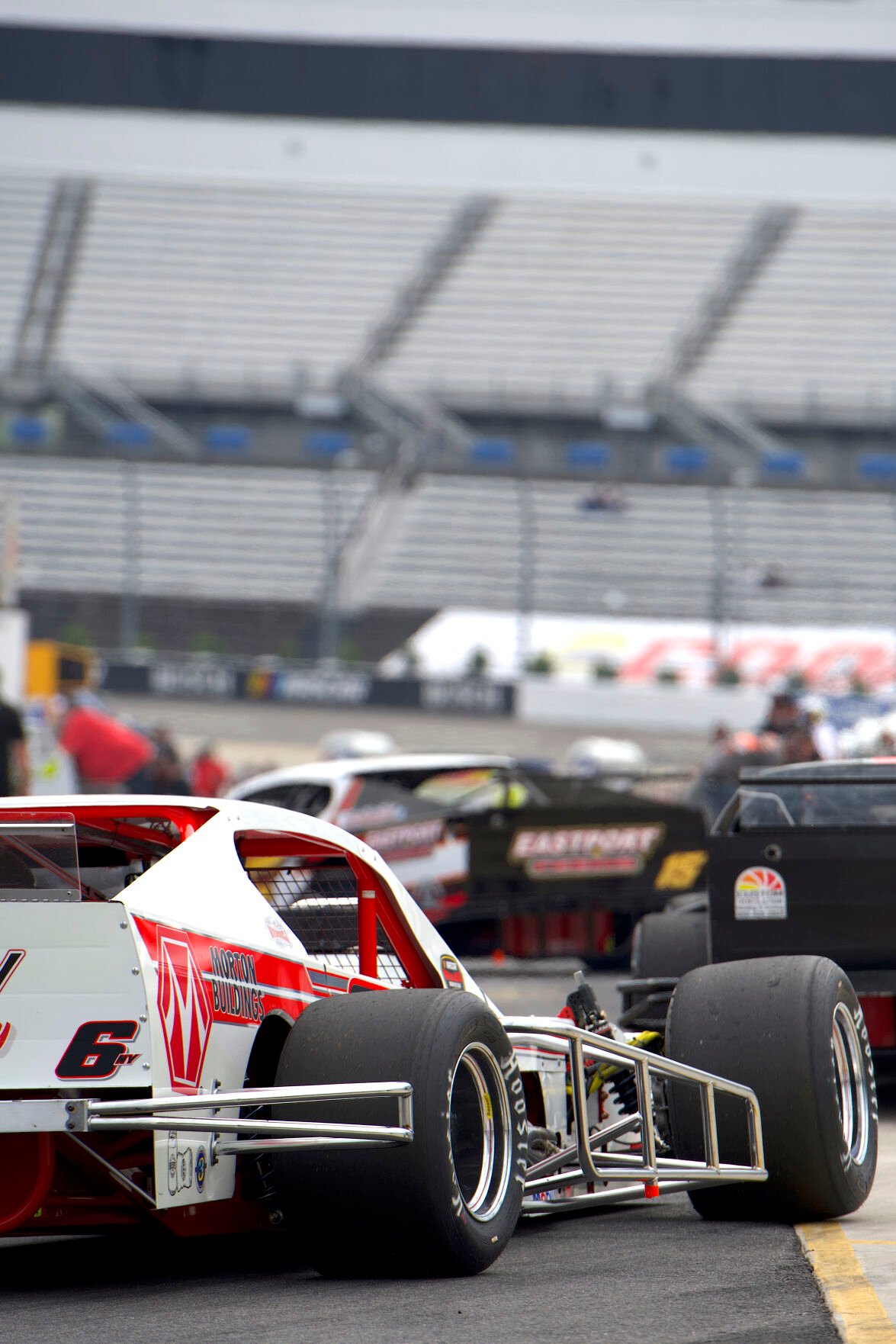 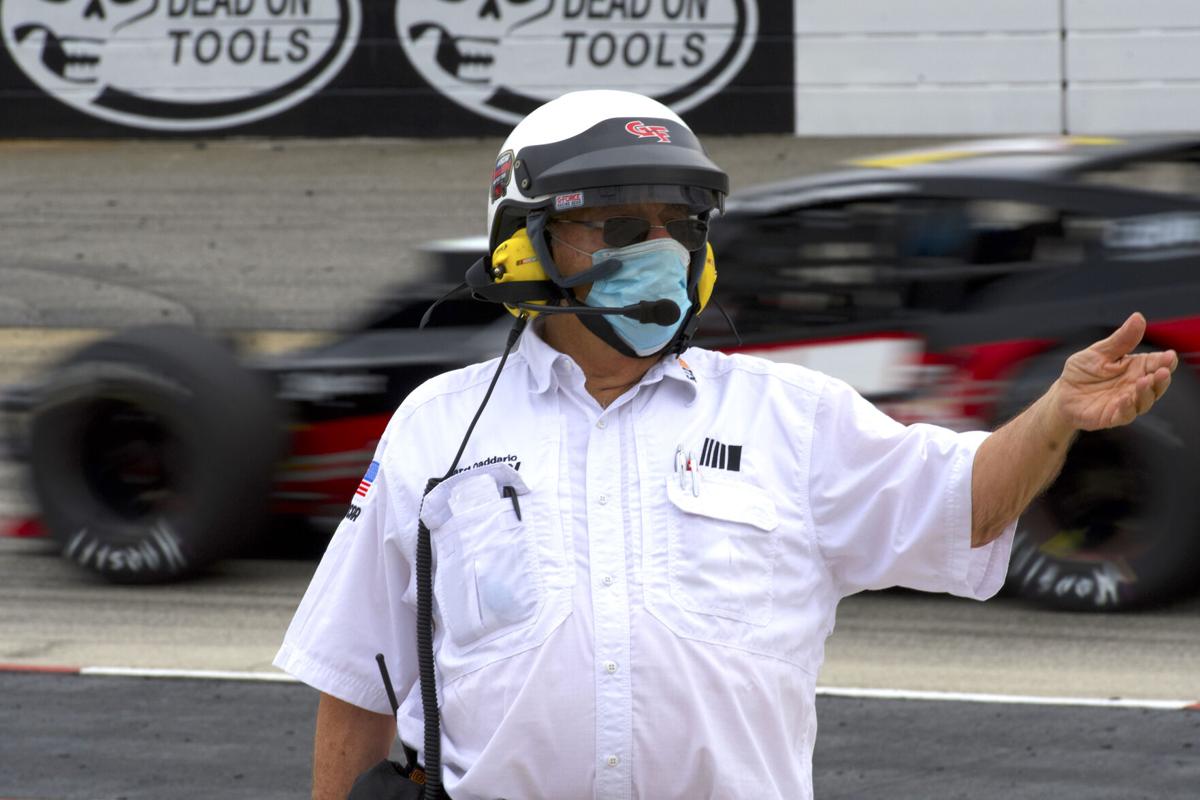 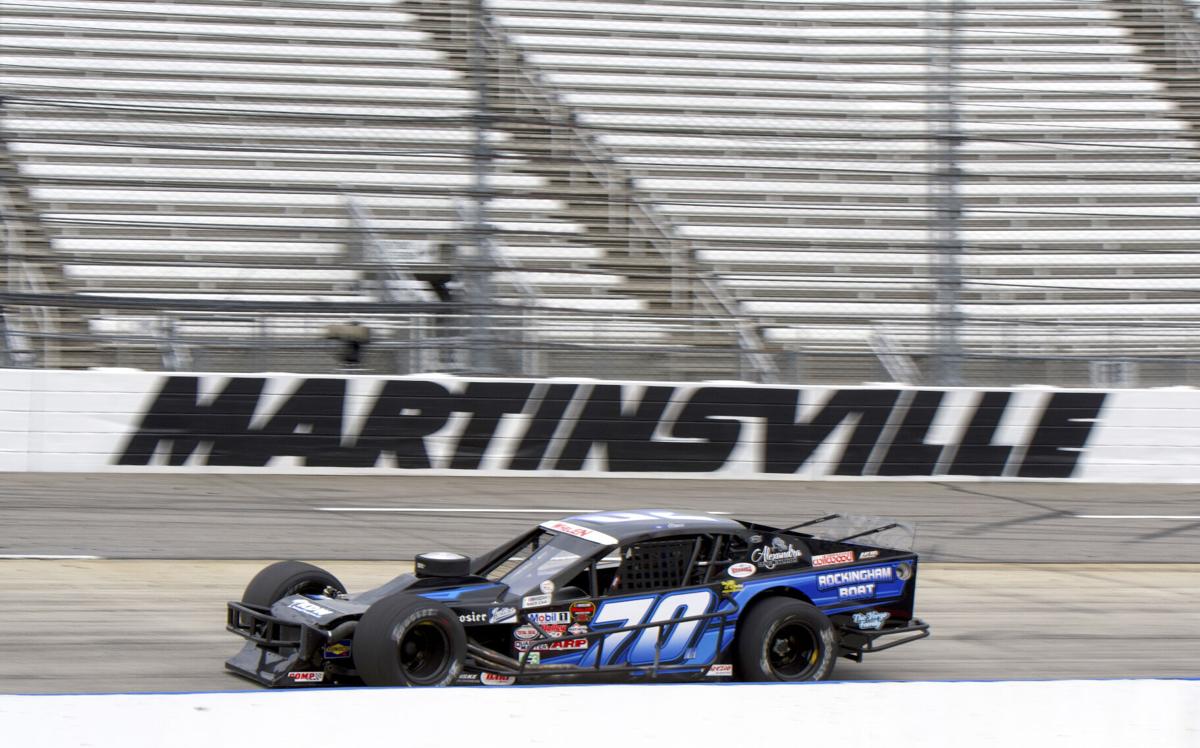 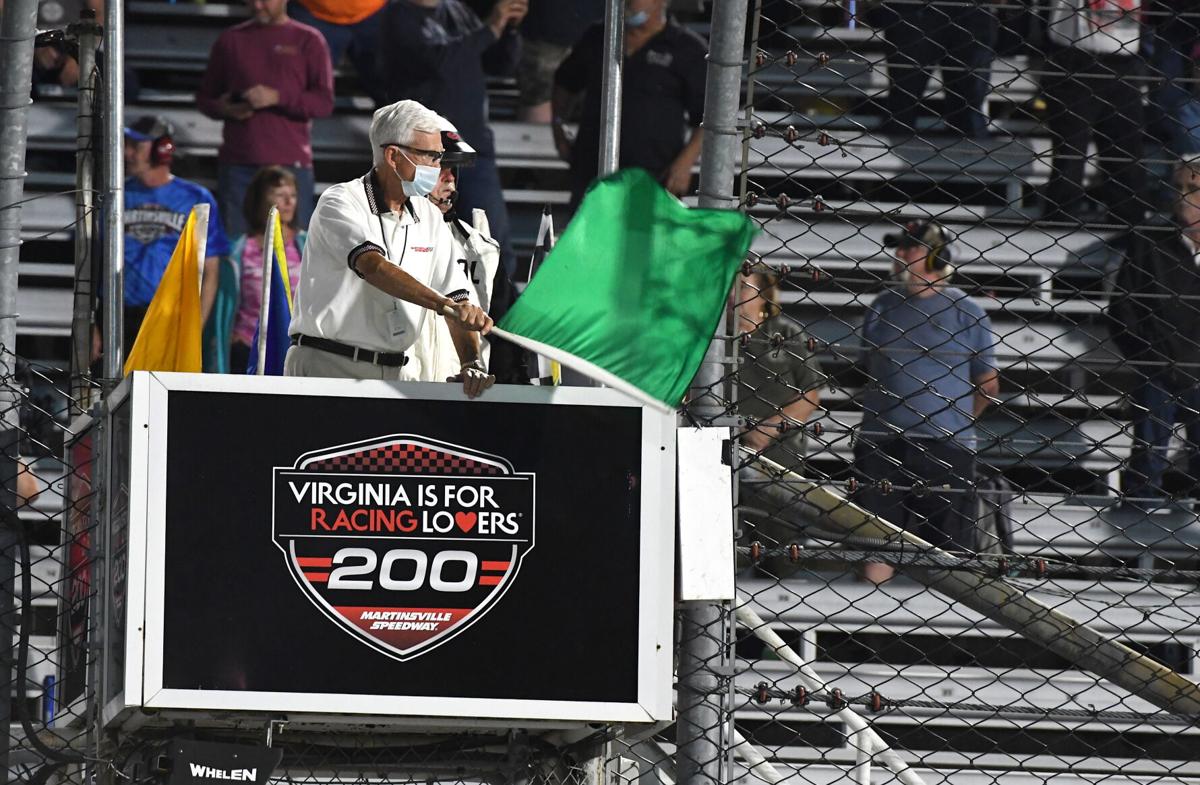 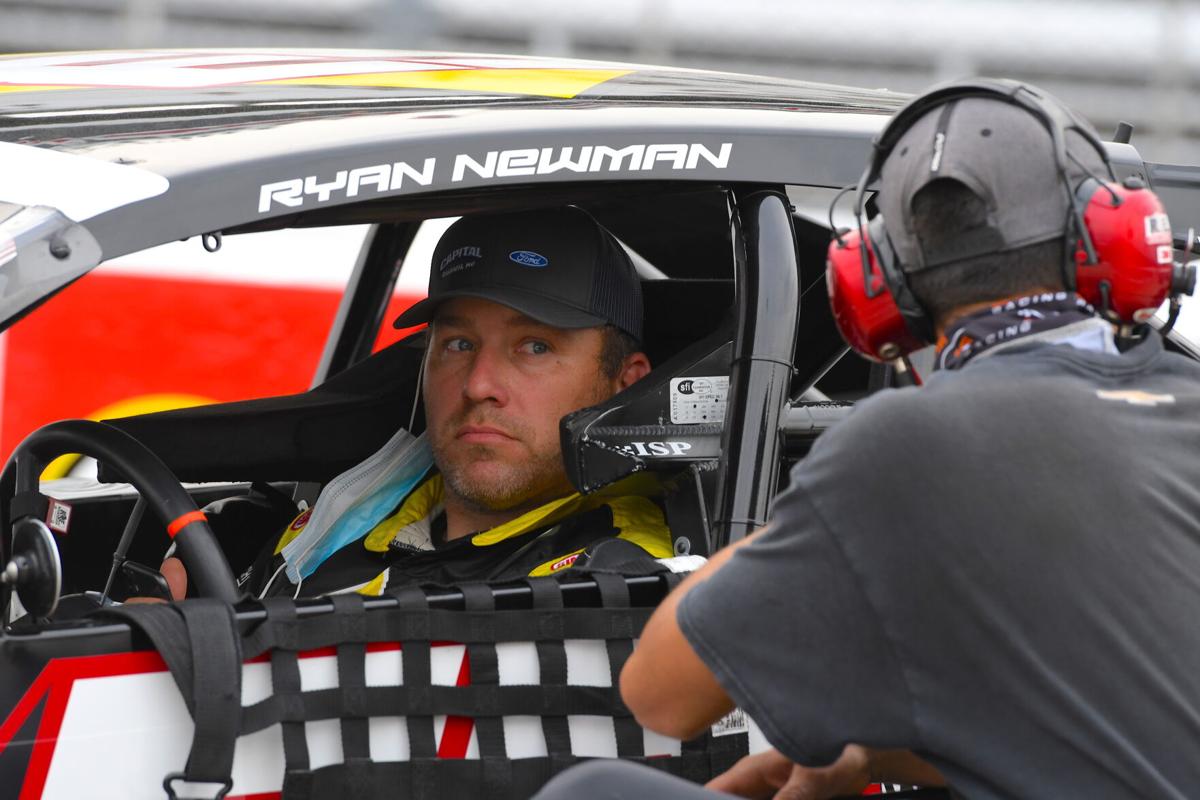 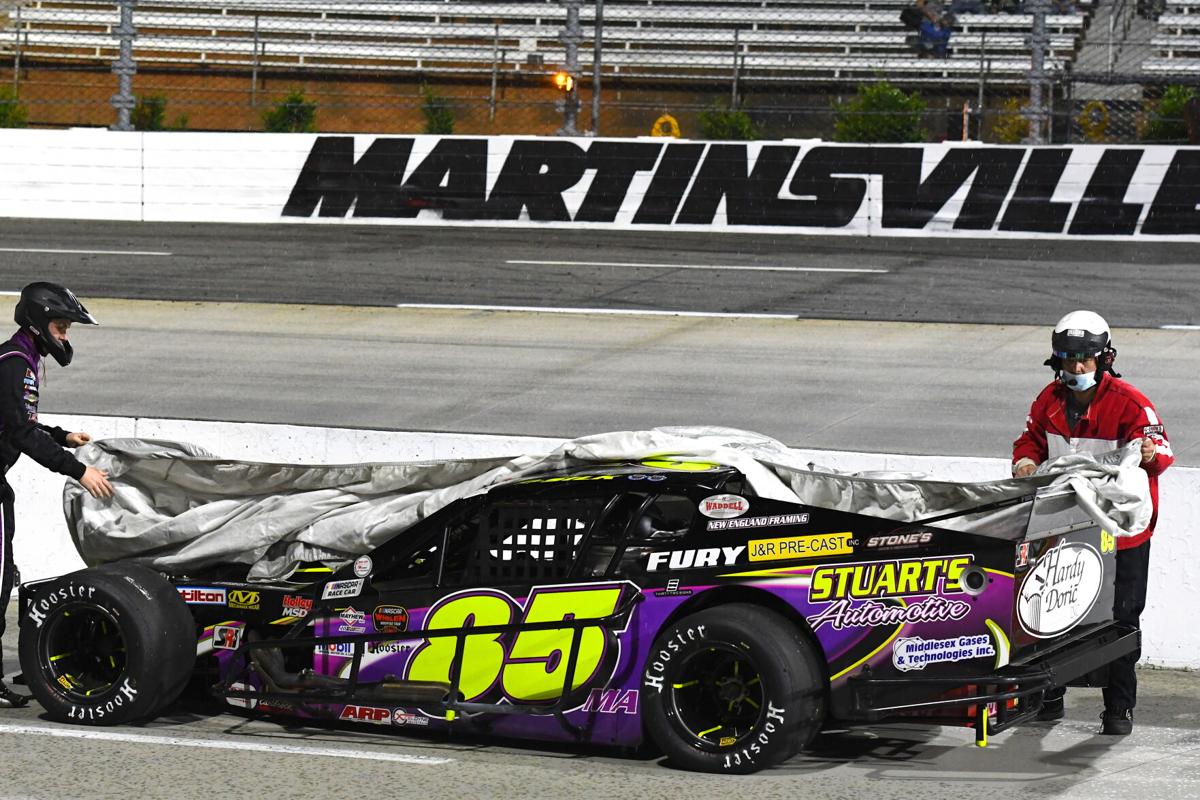 Eric Goodale has a lot of Grandfather Clocks to buy.

The NASCAR Whelen Modified Tour driver told his crew earlier this week if they were to come away with a win at Martinsville Speedway in Thursday’s Virginia Is For Racing Lovers 200 Modifieds race he would buy them all replica grandfather clocks matching the iconic trophy the track gives to winners.

“That’s going to be the best money I’ve spent in a while,” Goodale, of Riverhead, New York, told reporters following Thursday’s race.

The driver of the No. 58 Modified took the lead in Thursday’s race late, and had his hands full for the final 10 laps, but was able to come away victorious in the first Modifieds race at Martinsville Speedway in 11 years.

Near the end of the race, Gary McDonald and Justin Bonsignore, who had led a handful of laps earlier in the night, made contact, and a couple laps later McDonald brought out a caution after hitting the inside wall on the front stretch, wedging his car up agaisnt a safer barrier.

The race restarted with 10 laps to go, with Goodale and Tyler Rypkema, of Oswego, New York, starting on front row. Rypkema gave the No. 58 all he could for the final 10 lap run, getting up to his bumper a few times but never making the pass.

Rypkema tried one final time to get Goodale in Turns 3 and 4 on the final lap, but Goodale again pushed his car forward and squeaked by for the checkered flag.

“This team finds a way to get it done,” Goodale said.

Thursday was the first race of the NASCAR Whelen Modified Tour season.

“We struggled the last two years and we got our stuff together this year,” Goodale added. “I knew we were going to be good, but I didn’t think we were going to be this good out of the gates. I’m proud of these guys, proud for not giving up out there. We had a good car. I don’t even know what else to say.”

The speedy end of the race was in direct opposition to the slow start to the night. A wreck on Lap 2 brought out a caution. Six laps later the cars were brought back into the infield for a rain delay that lasted nearly 1 hour and 15 minutes.

Out of the delay, the race was again stopped on Lap 15 after a big pile up involving more than a dozen cars in Turn 4, forcing a red flag as safety crews tended to drivers and cleared the debris.

One driver involved in the pile-up was NASCAR Cup Series veteran Ryan Newman, one of two Cup Series drivers competing Thursday night. The damage to Newman’s car caught up with him later in the race, and he eventually good his car over the wall on Lap 65, ending his night.

The other Cup Series driver, Ryan Preece, had a night that was just as frustrating. Preece won the pole in qualifying, breaking a track record with a speed of 101.768 miles per hour. The previous track record of 101.014 was set by Greg Sacks, also in a modified, in 1986.

Preece dominated the first half of the race, staying out front with clearly the fastest car. But he was passed by Whelen Modified Tour veteran Justin Bonsignore, of Holtsville, New York, midway through the race, and kept slipping from there.

Max McLaughlin, of Mooresville, North Carolina, passed Preece for fourth on Lap 145. Preece fell a lap down on a late caution after miscommunication slowed a pit stop. He ended his night in the wall in Turn 3 on the final lap of hte race.

Andy Seuss, of Hampstead, New Hampshire, finished 17th after starting the day 14th. Seuss is a former driver for Martinsville-based Riggs Racing, and had several formers Riggs crew members helping him this week.

While other cars near the front seemed to make mistakes all night, Goodale remained mistake free. Even though he said, after starting third, it seemed like they were doing nothing but going backwards in the early parts of the race, “getting stuck behind the wrong cars on the restarts early,” he said, the team kept their composure.

“We knew it was 200 laps,” he said. “My pit crew right here—first stop together as a team. We came in, they came out, we made the right adjustments. No mistakes, that’s what won us the race. Freaking proud of them.”

Goodale now has four career wins on the NASCAR Whelen Modified Tour—one at his home track of Riverhead Raceway in Calverton, New York, one at Stafford Motor Speedway in Connecticut, one at Bristol Motor Speedway, and now one at Martinsville Speedway.

“Name another bigger track than the ones you just named,” he said.

There will be no governor restricting the pace of the VHSL cross country championships.

Two Magna Vista High School seniors committed on Thursday to play sports at the college level. Read what Delando Morris and Kyle Ramsey had to say about their decision to play at the next level.