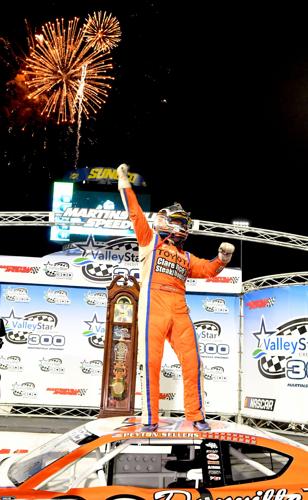 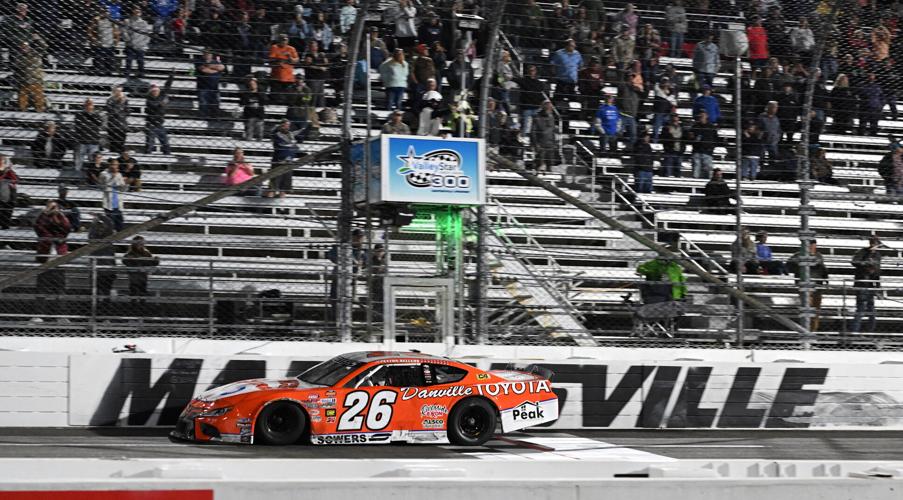 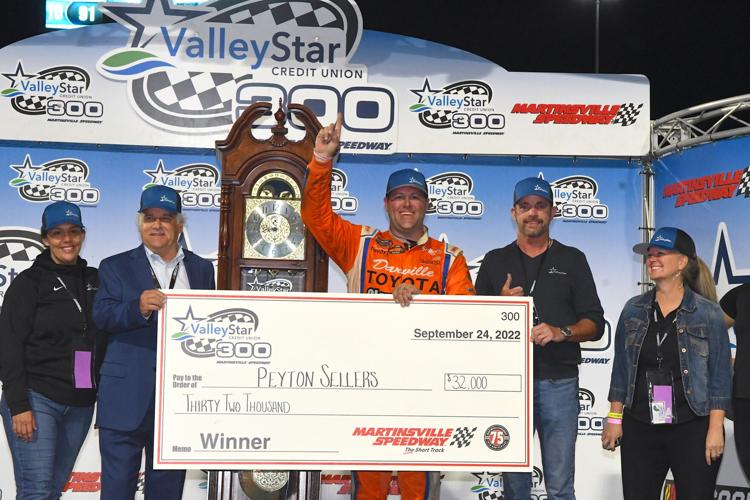 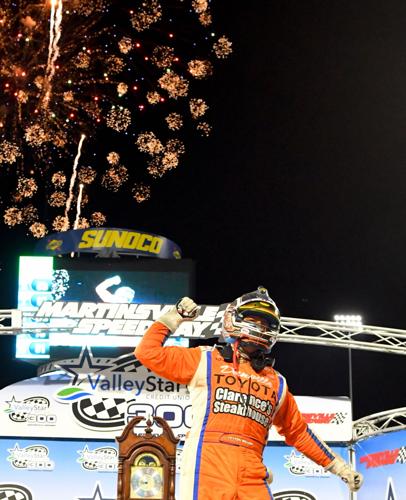 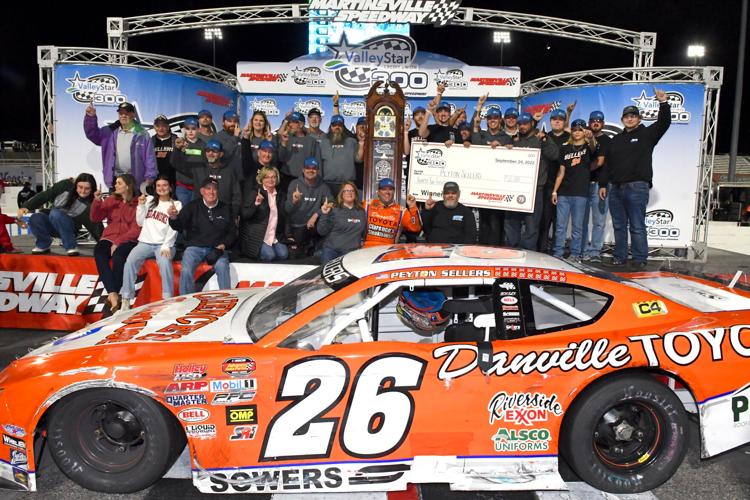 Peyton Sellers has done just about all there is to do as a Late Model Stock Car driver.

Despite all that success, there was also one accomplishment that eluded him for more than a decade.

He wanted to win a Grandfather Clock.

Sellers had come up short in 14 previous tries competing in the Valley Star Credit Union 300, but on Saturday night at Martinsville Speedway he finally did everything he needed to do to get the job done.

“This is something I’ve been dreaming about since I was a kid,” Sellers said in victory lane.

Sellers finished second in his heat race earlier in the day, and started Saturday night’s feature in seventh. Making sure to conserve tires and energy – and stay out of harm’s way – he bided his time, gradually making his way toward the front in the second half of the race.

Following a stage break with 25 laps to go, Sellers got ahead of Mike Looney – his biggest competition for the lead all night long – and pulled further and further ahead as the laps ticked down.

Leading by several car lengths, it looked as though the only thing that could stand in Sellers’s way of victory lane would be a caution. Unfortunately for him, he had to survive two in the final 10 laps.

On Lap 191, a spun car forced a caution and a bunching up of the cars. Sellers, opting for the bottom on the choose cone, got below JR Motorsports driver Carson Kvapil, and again pulled ahead.

He maintained the lead for three laps until another caution, this time for debris on the track in Turn 4.

On the final restart, what would end up being a green-white-checkered overtime finish, Sellers again chose the bottom with Kvapil beside him, and again got to the inside and pulled away with ease after the first turn.

His pit crew, family, and friends quickly went from biting their nails to throwing their hands in the air to celebrate the victory.

“To know that I had the quality of drivers around me I felt comfortable, but it’s Martinsville,” Sellers said. “It’s $32,000, it’s a clock, it’s the prestige that goes behind it. You expect anything.

“When they called me clear off Turn 2 on the last restart I said, whatever I do I’ve got to put together a good 3 and 4 right here to give myself a little bit of breathing room coming to the white.”

Even though his team was visibly nervous about having two late cautions, Sellers believed they actually played into his favor given his car’s short run speed.

“The last 25 lap restart, I had been a little critical of it because I just knew it was going to tear up a lot of cars,” he said. “But it played into our hands tonight. Short runs I fired off, and Mike Looney was better than me on long runs, without a doubt. He’d just drive by me and set sail. But we had a short run car, and that’s what it took tonight.”

Sellers said he drove the second half of the race so hard his legs were cramping for the final 25 laps.

“I ran the last 100 laps like I was qualifying,” he said. “When they told me I had a four car-length lead, it didn’t matter. It didn’t matter what was behind me, I just rolled the mirror up and took off.

“It was sheer excitement. It was nothing else than that. Calves were cramping bad. Emotions were going. They gave me a checkered flag and I made another lap just because I couldn’t believe it.”

With the win, Sellers takes home $32,000, and added $7,000 with a win in the Virginia Triple Crown, given to the driver with the highest average finish in three races at South Boston, Langley, and Martinsville Speedways.

Sellers was announced this week as the second place finisher in the NASCAR Advance Auto Parts Weekly Series national championship race. Finally finding victory lane at Martinsville, after coming up short of a third national title and in so many previous VSCU300s, “takes the sting out of some of those losses,” he said.

Sellers said he plans to put his grandfather clock at Clarence’s Steakhouse, in Ridgeway. The restaurant has sponsored his racing for 20 years.

“Everybody is eating steaks tonight, that’s for sure,” he said.

“It belongs there and I’m going to give it to them… It just feels good to keep this thing in Ridgeway, to keep it at home.”

He would, however, like to try to get a second one for his house.

Five players who have played at five World Cups