'This place is made for them': The Modifieds are back at Martinsville Speedway
0 comments
Share this
{{featured_button_text}}
1 of 5 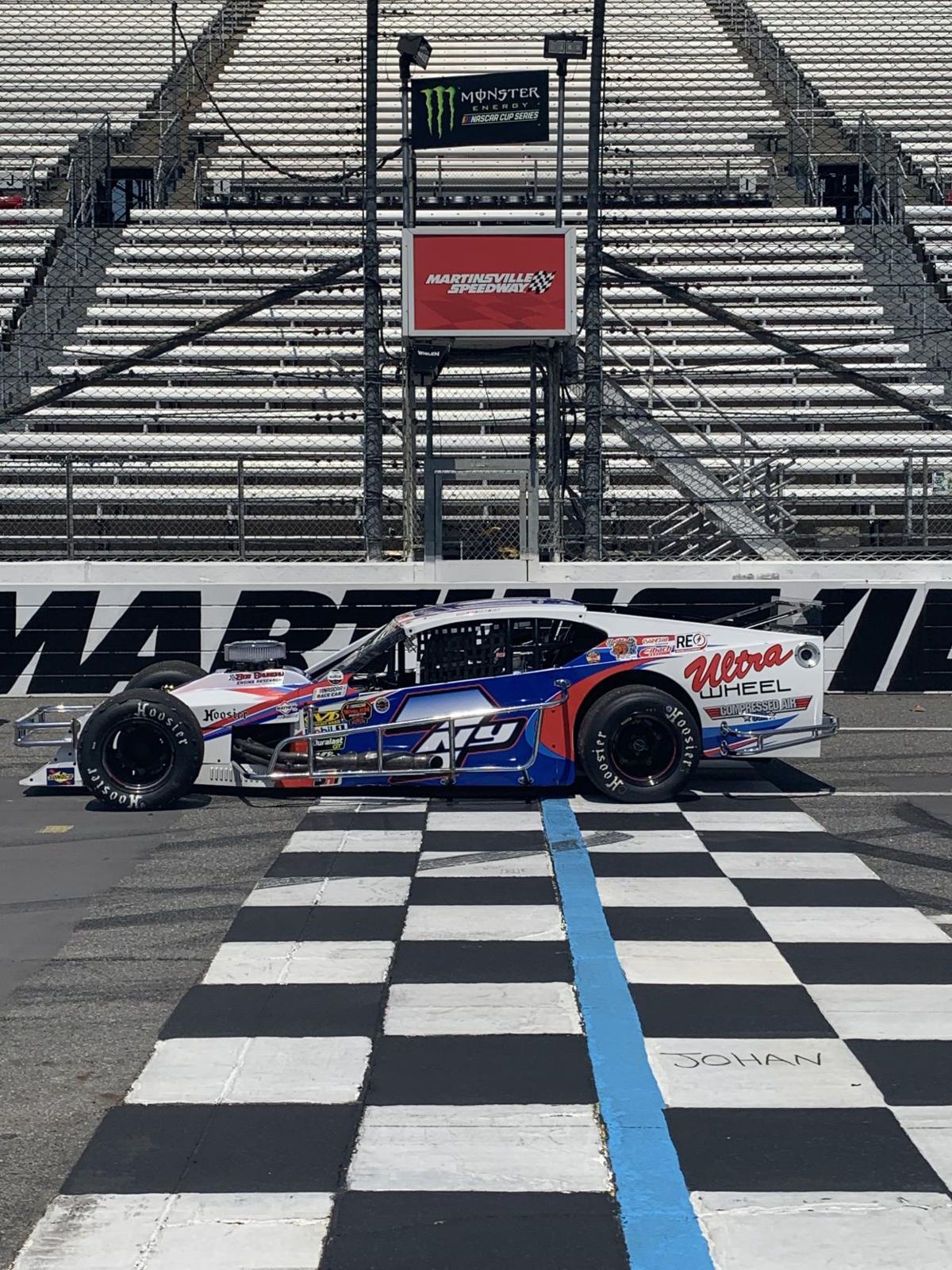 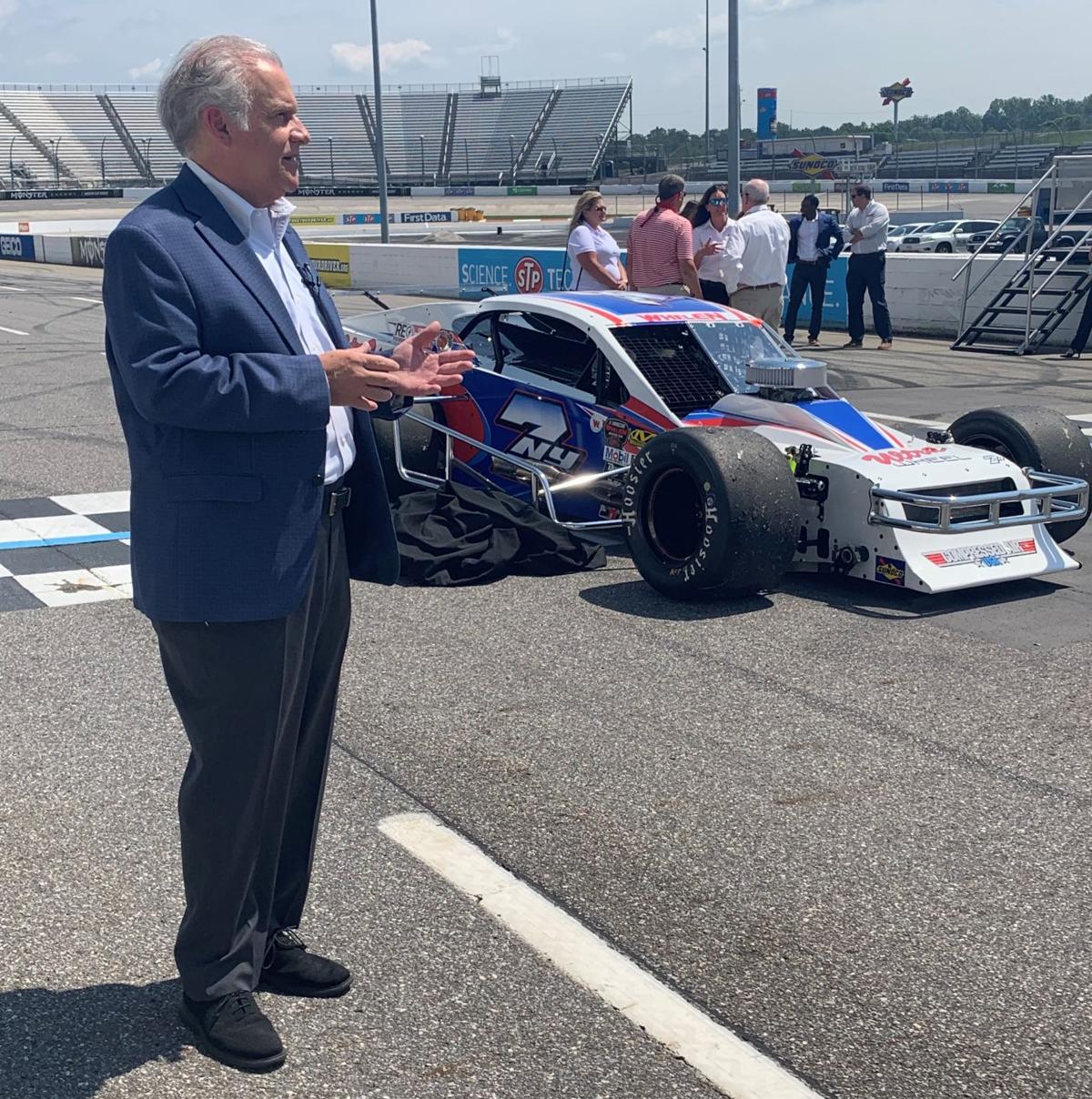 Above: Martinsville Speedway President Clay Campbell announces in May of 2019 that Modified cars will return to the track for the first time since 2010. 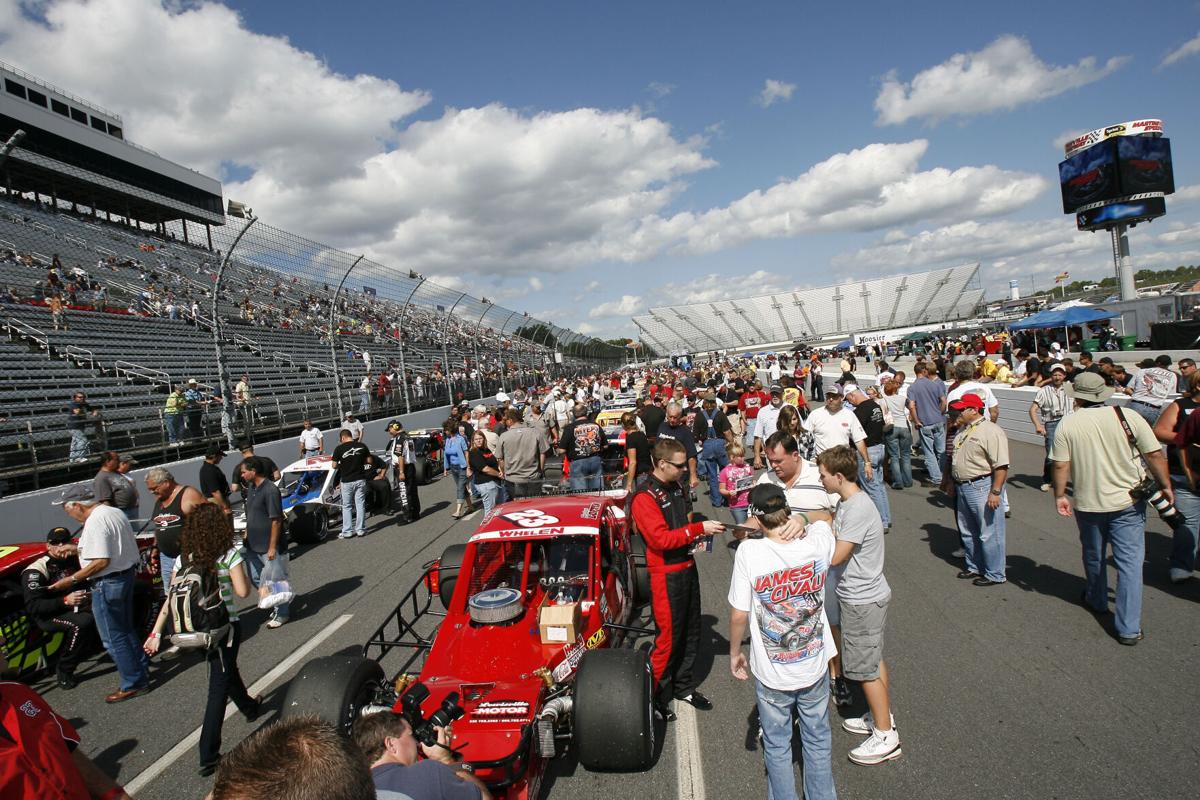 Fans line the front stretch at Martinsville Speedway ahead of a NASCAR Whelen Modified Tour Race in September of 2019. 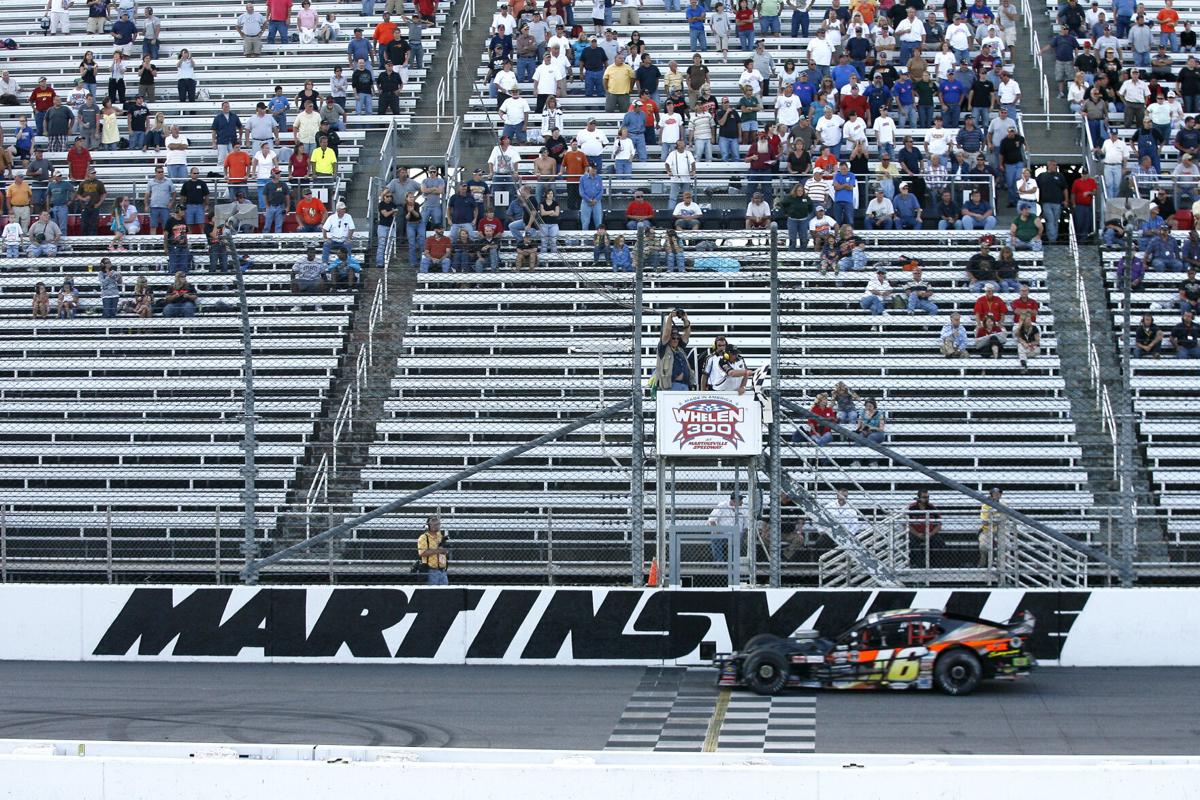 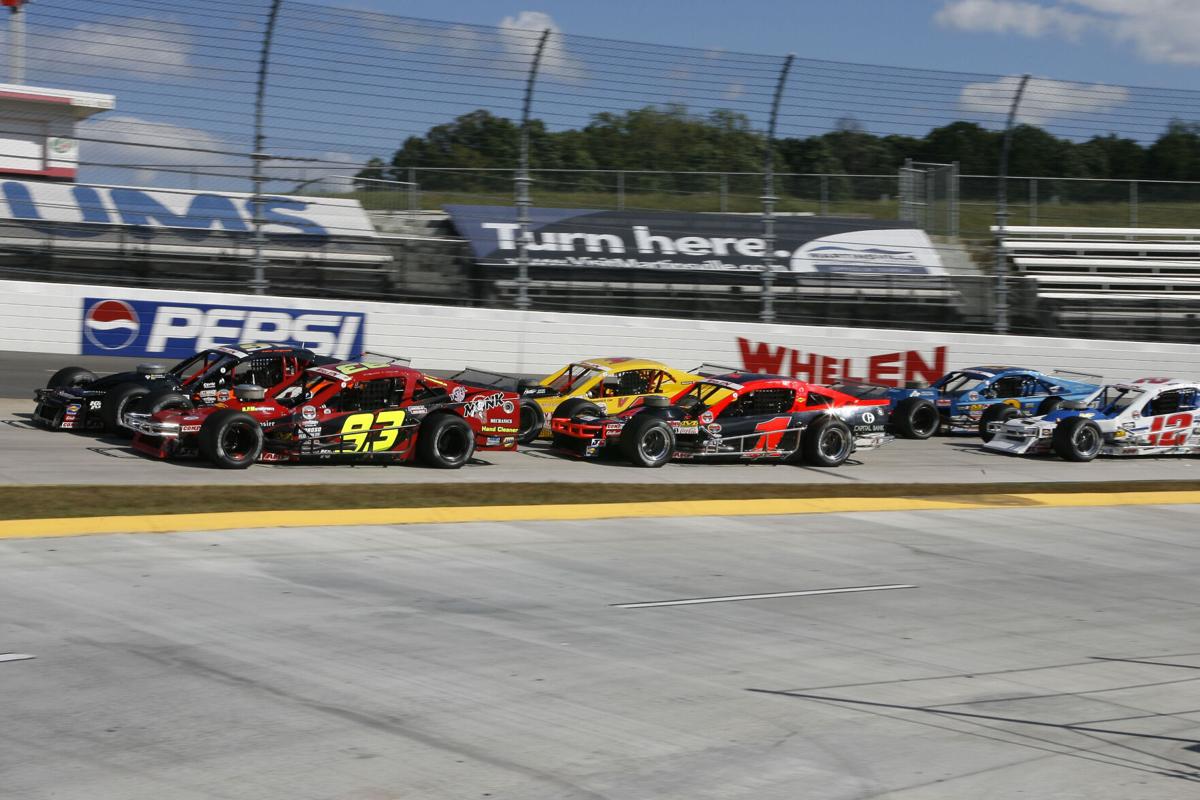 “If you as an engineer had to draw up a car to design to make it go fast, turn left, and accelerate, you would draw up a Whelen Modified,” said NASCAR Cup Series driver Ryan Newman.

Newman is used to driving the heavier, slower Cup car, so whenever he can fit it into his schedule he makes a point to race a Modified as often as possible.

“Really if you look at the big picture of it, a Modified is just an amazing race car,” he said.

When asked what makes driving a Modified so fun, Newman quickly pointed out the speed. His fastest lap time in the early parts of practice that day were about 18.80 seconds, between half and 3/4 of a second quicker than a Cup qualifying lap.

“Every aspect of a Whelen Modified makes it go faster,” Newman said.

And it’s not just faster on the straightaways. The cars are faster all around on the track. With a lower center of gravity, bigger, fatter, and wider tires with more gumminess to them, “It makes it a whole lot of fun to hustle around,” he added.

Modifieds have a long history at Martinsville Speedway, dating back to 1948, NASCAR’s inaugural season. The cars competed at Martinsville in some form from 1960-2002, and again from 2005-2010.

“It will not surprise me to a see a new track record set by the Modifieds,” said Martinsville Speedway President Clay Campbell.

Campbell said the No. 1 question he was always asked by fans prior to the announcement of the race was when the track was going bring the Modifieds back. Martinsville announced the return of Modifieds in May of 2019, but the race was delayed a year due to the coronavirus pandemic.

“I think it’s important. It’s probably one of the most important events that we’ll have here because it’s been a while since we’ve had them and I think the fans have spoken loud and clear that they want to see them back and on Thursday night they will,” Campbell said.

“I think in this case we have total buy in from everyone. The fans, the competitors, obviously us here at the Speedway, NASCAR. So all the ingredients are there for a fantastic event.”

Newman isn’t the only Cup Series regular who’ll try his hand at winning the Grandfather Clock in Thursday’s race. Ryan Preece, a former Modifieds champion, will also strap in.

“Man, this place is made for it, I’ll tell you that,” Preece said of bringing Modifieds to Martinsville.

“Really, I just want to race. It’s really awesome that NASCAR and the Whelen Modified tour have been able to put this all together and come to Martinsville... and go to these premiere race tracks because it’s a great opportunity for guys like myself and other drivers that wouldn’t necessarily have the opportunity to run at an historic race track like here and go out and race and put on a great show for the fans.”

Newman made it clear he isn’t racing the Modified to try to learn anything that could be applied to his Cup car, though he said it is a way to stay sharp and get more laps in. He compared going from the faster and better handling Modified to his slower and bigger stock car to a pilot going from an F16 fighter jet to a small cub plane.

Newman said he’s there for fun, but also to race against the best of the best in that world of racing.

“it’s just fun racing against these guys,” he said. “They do it quote-unquote for a living. We’re all hobby racers but they do it for a living. They’re the best, and it’s fun to come back and race against them.

“I think everybody that races when they come here has a good shot. Obviously guys with more experience, whether it is in the car or at the racetrack, it helps to have a small advantage, but realistically anybody that shows up in my opinion has a shot.”

It will all kick off with a practice session at 2:30 p.m. on Thursday, then qualifying at 6 p.m. before the green flag waves for the main event at 8 p.m.

“For me, being here the number of years I’ve been here, the Modifieds have always been my favorite,” Campbell said. “I have a lot of fond memories with the Modifieds and the competitors in that series. I think they’re always fun to see here. I think they’re really made for a track like this. The show they can put on here is phenomenal so it’s special to me to see them come back and I can’t wait until Thursday night.”

“It’s no different than if you’re a kid going out and racing a go-kart. You get excited,” Preece said.

Sunday, 12:07 p.m.: After a delay of 36 hours, the NASCAR Xfinity Series cars returned to the track at Martinsville Speedway Sunday afternoon …

Andy Seuss may be from New Hampshire, but his racing career will always be tied to Martinsville.

Martinsville Speedway, Gov. Northam still working together to decide how many fans will attend this spring's races

Martinsville Speedway President Clay Campbell spoke with the Bulletin last week about the announcement the track would be able to host up to 30 percent of its capacity for the upcoming spring NASCAR race weekend. Campbell said they don't think they will be able to get 30 percent and still maintain social distancing among fans, but he still expects a good crowd for all three races.

Martinsville Speedway Clay Campbell said in a call Monday the track is optimistic current COVID-19 restrictions of just 1,000 spectators will be loosened for the NASCAR race weekend starting April 8. Fans were notified if they received tickets late last week.

The last time Bobby Labonte competed at South Boston Speedway was in 1991, the year he won the NASCAR Busch Grand National Series championship…

Above: Martinsville Speedway President Clay Campbell announces in May of 2019 that Modified cars will return to the track for the first time since 2010.

Fans line the front stretch at Martinsville Speedway ahead of a NASCAR Whelen Modified Tour Race in September of 2019.