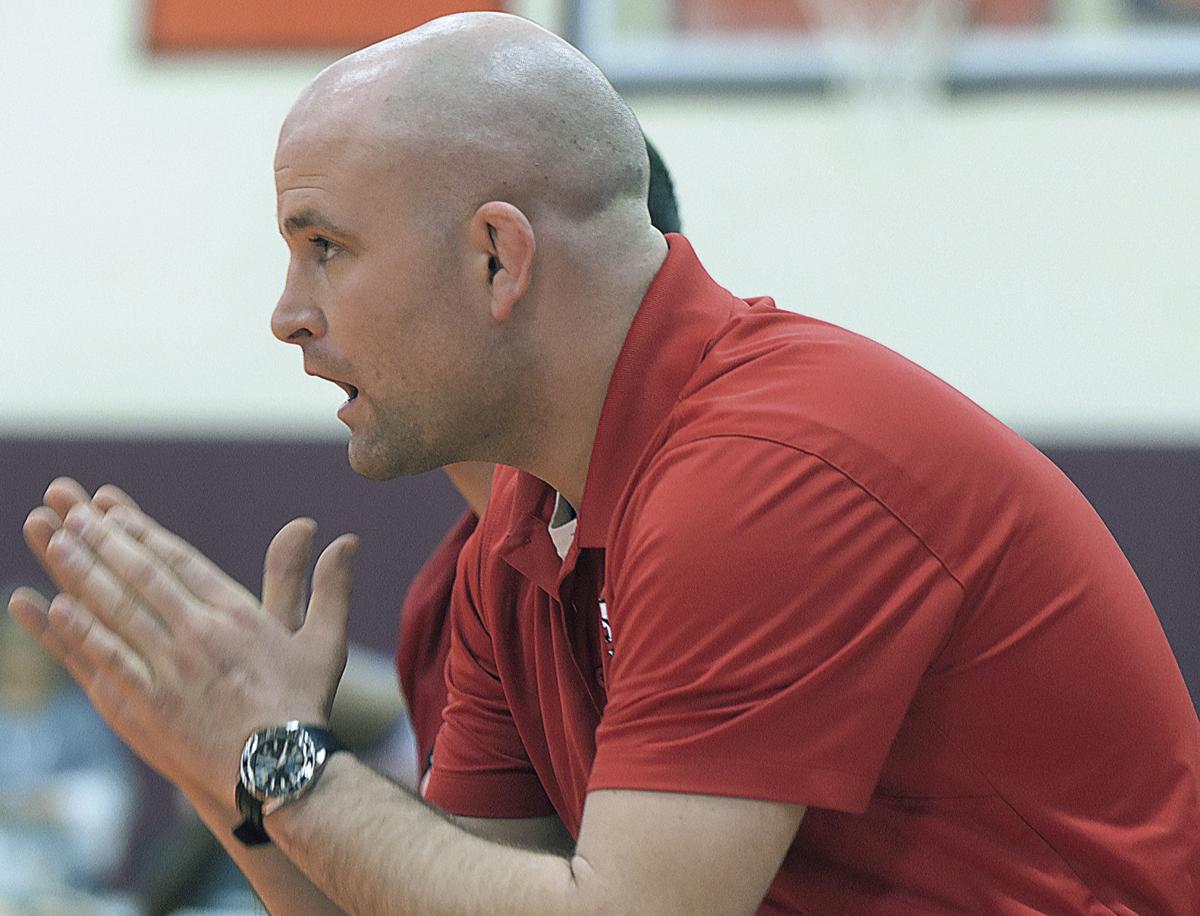 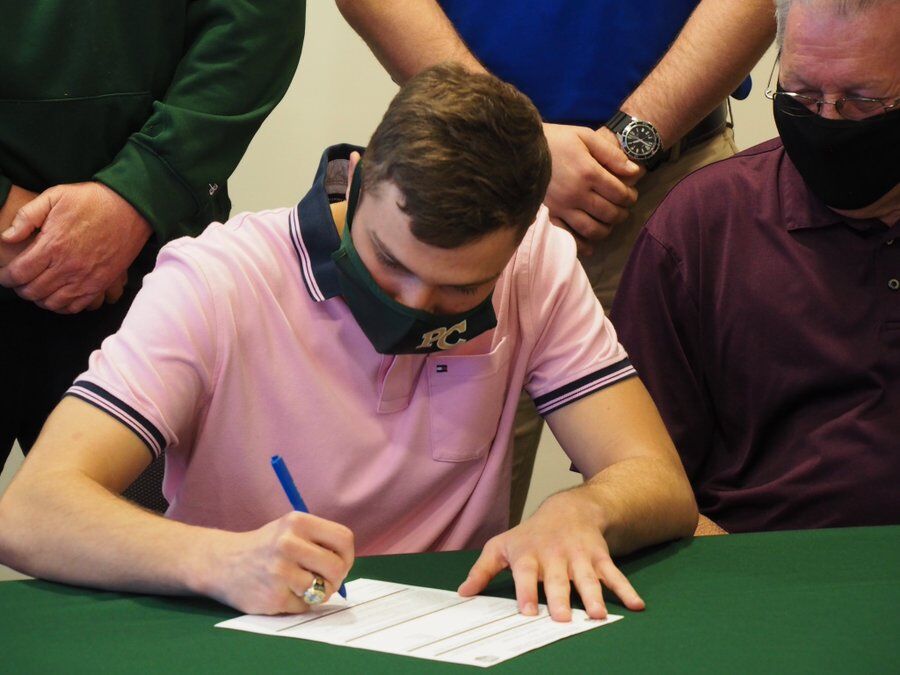 Patrick County High School senior Trey Robertson signed his letter of intent to wrestling at Patrick Henry Community College in the fall, becoming the first athlete to sign to the new program.

The Patrick Henry Community College wrestling team had its first athlete sign a letter of intent last week, but Patriots coach Justin Smith said that wasn’t the first wrestler to commit to the program.

Smith said he has one wrestler from Richmond, who was state runner-up in his weight class, committed, as well as another from the Chesapeake area and six or seven from the Roanoke area who are almost locked-in to join the new program in the fall.

PHCC announced Smith as the head coach of a newly created wrestling program in May of 2020. He comes from Franklin County High School, where he was coach for three seasons.

PHCC converted one of the buildings on campus into a wrestling facility. The team originally intended to begin competing last fall, but the coronavirus pandemic pushed that back a year.

Patrick County High School senior Trey Robertson signed his letter of intent to join the Patriots on March 26, to first to hold a signing to join the team.

“He’s kind of like the catalyst for a couple more,” Smith said of Robertson’s signing.

Smith said the goal is to have enough wrestlers to fill all 10 weight classes and have backups for each one.

“We’re still growing but it’s exciting,” Smith said. “It’s a big signing and I’m glad Trey is kicking that off for us… Patrick County has a strong program, it’s growing. It helps to have people who are used to competing at the state level.”

As of last Friday, Smith said the Patriots have four events on the schedule for this winter, mostly in the Roanoke Valley and in Danville at Averett University.

“It’s just a smarter route to go,” Smith said of PHCC. “You’re saving money you get to stay home. For the most part you get to stay home… You still get a good quality education and still compete against Division I, Division II, NAIA schools. You get the most bang for your buck at this route, in my opinion. And I wrestled Division I. If this would have been around for me, I definitely would have taken advantage of it.”

"He can absolutely fly, and there wasn’t a defense we saw that could keep him from getting over the top on them."

Sam Mellinger: Lance Leipold appears to be a sensible hire for Kansas Jayhawks football, but ...

Please take this as the compliment it’s intended to be, because the best way to describe new Kansas football coach Lance Leipold might be effectively boring. He is a lifelong football coach who will celebrate his 57th birthday this week. He likes cheeseburgers and loves his family. He used the word consistency seven times in his introductory news conference, and continuity four. He arrives ...

Scott Fowler: Roy Williams laughs off another bogey. This is retirement, and he’s loving it.

This is what retirement looked like for former North Carolina basketball coach Roy Williams on Wednesday:

Mac Engel: Kim Mulkey’s exit from Baylor is a result of strain, fatigue and pettiness

Do not believe that Kim Mulkey becoming the new head women’s basketball coach at LSU is about her following her heart back to her native state.

The Patrick Henry Community College softball team has won five of their last six games, with four walk-off victories in that span.

‘This was not for her political views’: Former Hokies player defends coach over handling of teammate who declined to kneel before games

That decision to bench her, Hamel said, had everything to do with Hening's struggles as a player, not her refusal to join her teammates kneeling during the unity pledge to show support for social justice.

Former Virginia Tech soccer player sues coach, claiming she was forced off team for refusing to kneel before games

The coach engaged in a “campaign of abuse and retaliation” that led her to leave the program, the player said.

College basketball is religion in NC. But its future, allure of UNC and Duke are in doubt

Among the power brokers within college athletics, the reactions that Ricky Volante has received about the basketball league he's charged with launching have ranged from concern to dismissiveness, along with the usual curiosity.

Patrick County High School senior Trey Robertson signed his letter of intent to wrestling at Patrick Henry Community College in the fall, becoming the first athlete to sign to the new program.