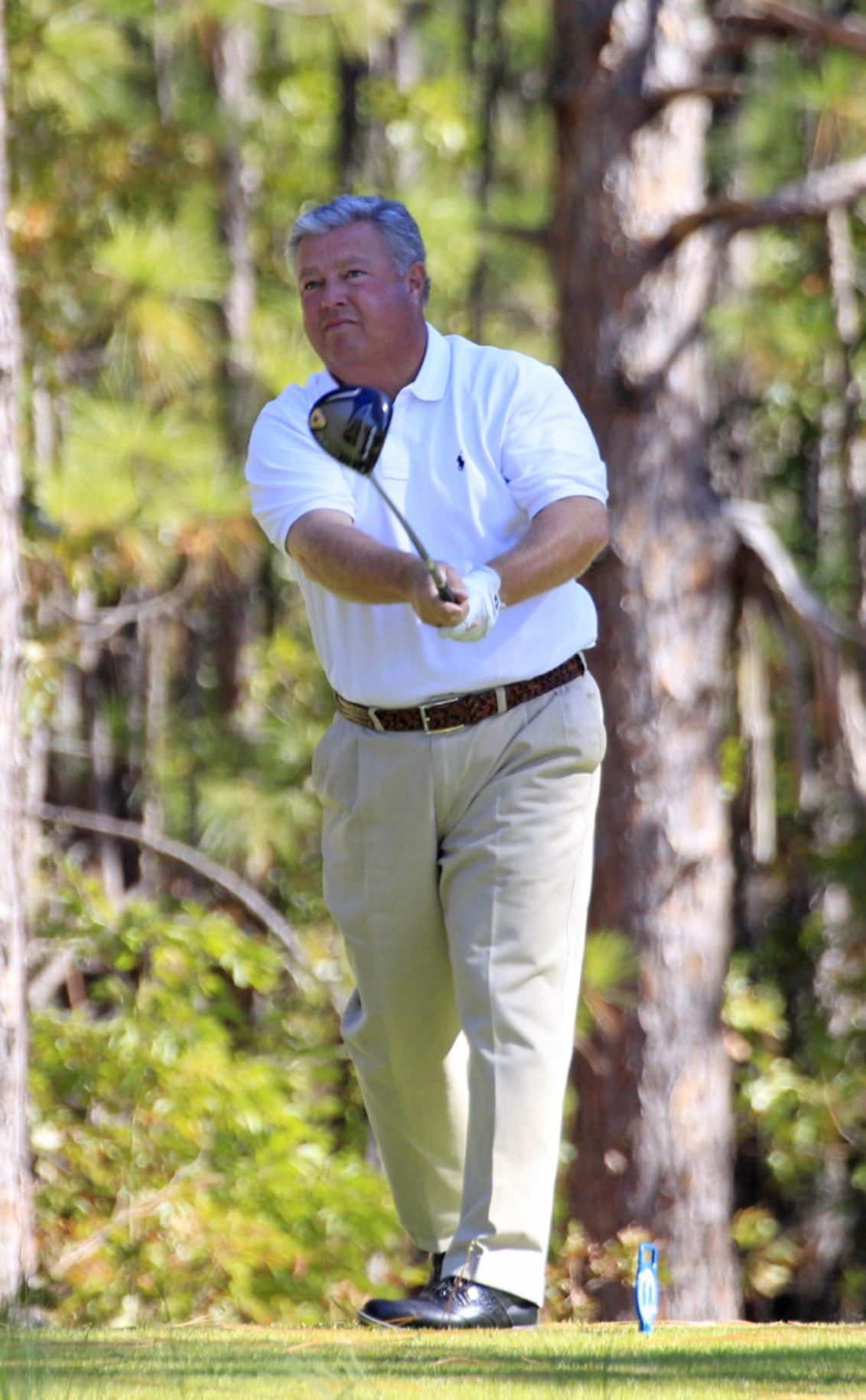 Martinsville’s Keith Decker will begin play in the US Senior Open in Omaha, Nebraska this afternoon. 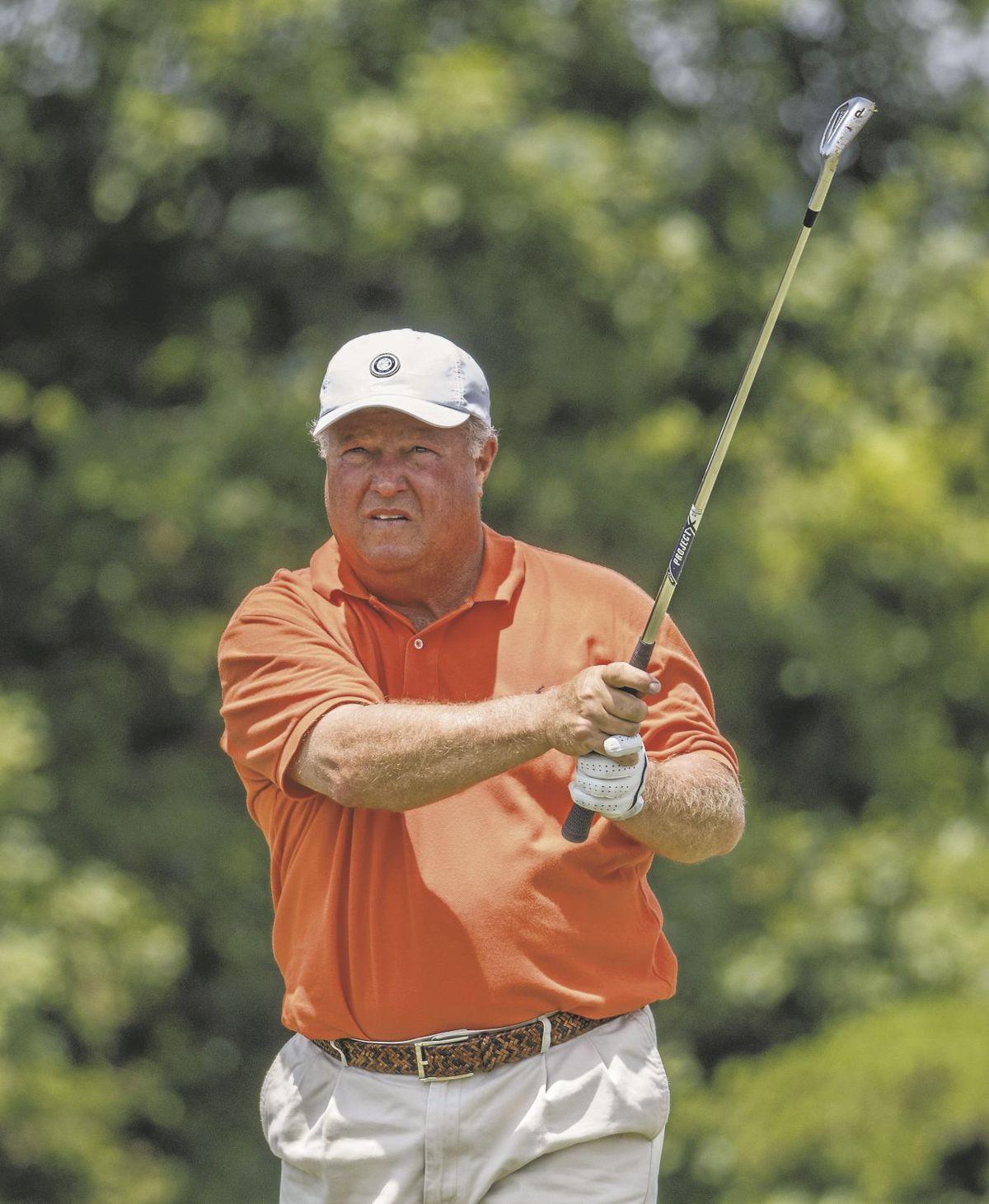 Keith Decker, who calls Chatmoss Country Club his home course, qualified for the US Senior Open last month by winning a qualifying event at The Homestead in Bath County. 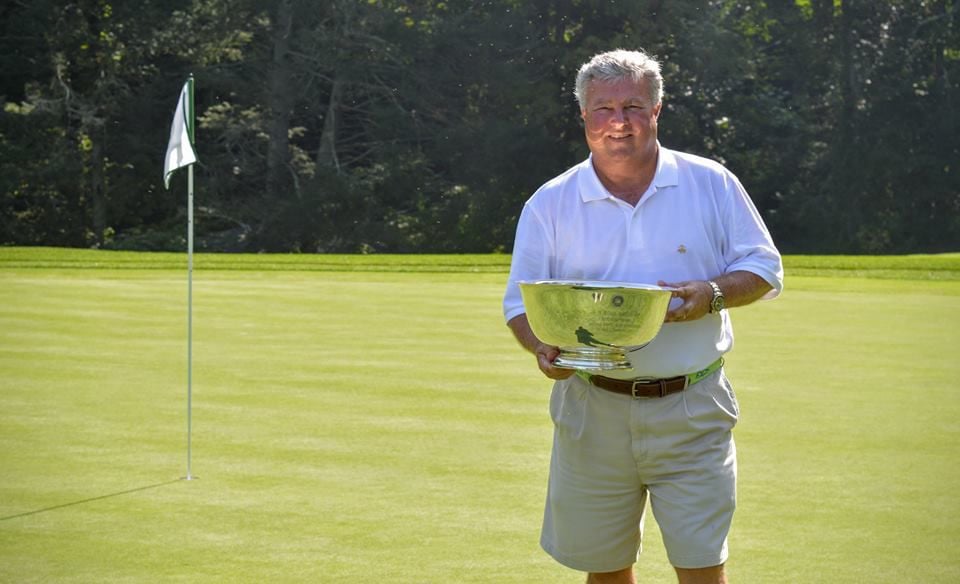 Martinsville's Keith Decker holds the trophy after winning the VSGA Senior Amateur title at The Homestead in 2016.

Keith Decker has won just about every amateur golf event possible in Virginia.

But next week he’ll get the chance to play against the pros.

Decker, who calls Chatmoss Country Club his home course, will travel to Omaha, Nebraska on Monday to compete in the U.S. Senior Open for the first time in his career. The Martinsville resident qualified for the tournament after winning a qualifier last month at The Homestead in Bath County.

The qualifier event had 90 competitors competing for two open spots in the U.S. Senior Open. Some professional golfers came from as far away as New York, Pennsylvania, and California.

Decker shot a 68 to win the qualifier by one stroke.

“I played obviously fairly well that day,” Decker said by phone Friday. “I’ve played there (The Homestead) quite a few times. It’s one of the best golf courses in the state for Virginia, so I felt right at home and it all seemed to come together that day.

“Some of these guys, they try to do it strategically thinking they’re going to a weaker place and may have a better chance. I’ve never really bought into that and always tried to qualify here in Virginia because I know it’s a tough qualifying spot, and it worked out this time.”

The U.S. Senior Open is one of the five major championships in the US Golf Association, and is a recognized major by the PGA Tour Champions and the European Senior Tour.

Decker estimates he’s tried qualifying for the event “probably seven or eight times.” Three times he’s been an alternate, but never got the call to compete.

In his storied amateur career, the 61-year-old Decker has won 31 Virginia State Golf Association titles, and, according to the Roanoke Times, he’s one of two golfers to ever win the VSGA Amateur, VSGA Mid-Amateur, VSGA Senior Amateur, and the VSGA Mid-Senior Amateur. He was elected to the Virginia Golf Hall of Fame in 2017.

Even with that much success, Decker said it’s too early to tell where playing in this week’s tournament ranks among his many accomplishments.

“I haven’t done it yet. I haven’t been involved with it yet. Just qualifying,” he said. “As far as qualifying goes, it’s right up there. I’ve qualified for the U.S. Amateur before and all that, but this is a smaller field that gets to go to this tournament.”

More than 3,000 golfers tried to qualify for this year’s U.S. Senior Open, and just over 150 will compete this week, most of which are professionals and have exemptions for various reasons.

“Mostly these guys out there are going to be pros. They do it for a living. They do it on TV and it’s household names that every one of us would know like Freddie Couples and Bernhard Langer and those guys. People everybody would know. They don’t know who I am, obviously. But it’s going to be quite an experience playing with them.”

Decker and his wife, Shelly, will leave for Omaha on Monday and stay in Nebraska for a week. He’s never played at Omaha Country Club before, and he’s heard from people that it’s a “very, very tough golf course.”

“It’s a brutal golf course to walk. That’s really about all I know right now,” he said.

He’ll play practice rounds on Tuesday and Wednesday, and the tournament will begin on Thursday.

Decker said the tournament will be a 1-off for him as far as pro events go. While he’ll try to make it into the Senior Open again next year, he’s adamant about being a “lifelong amateur” and said he has never and will never have a desire to do anything on the pro level.

That’s a position he’s always held. Shortly after graduating from Elon College in 1983, where he was a 2-time NAIA All-American, Decker had three guys come to him asking if they could give him money to play golf professionally.

“At that time the money they were talking about would have lasted probably three years, which is a long time,” he said. “I literally thought about it for about five minutes and I was like, ‘Guys, I appreciate it but I do not want to make it a job.’ And I have never regretted it one second.

“I just did not want to make it a job. I enjoy amateur golf too much.”

Decker is retired from American of Martinsville Furniture Company, the only company he ever worked for after starting right out of college.

Decker’s goal for next week is to make the cut and play into the weekend. After a record-breaking career that has spanned decades, he’s just relishing the chance to play against some of the best golfers in the world.

“This is a big thrill for an amateur to play,” he said. “Literally this is the biggest senior tournament in the world, so that’s pretty exciting for me.

NFL Futures: Sleepers In the West

NFL Futures: Sleepers In the West

Martinsville’s Keith Decker will begin play in the US Senior Open in Omaha, Nebraska this afternoon.

Keith Decker, who calls Chatmoss Country Club his home course, qualified for the US Senior Open last month by winning a qualifying event at The Homestead in Bath County.

Martinsville's Keith Decker holds the trophy after winning the VSGA Senior Amateur title at The Homestead in 2016.