Subscribe
Read Today's E-Edition
Share This
After a year away from basketball, Martinsville's Jahiem Niblett showing no rust in first season at Louisburg College
0 Comments
Share this
Presented By 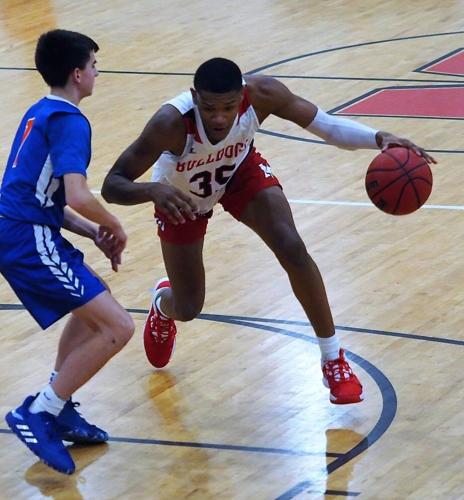 Martinsville’s Jahiem Niblett (35) dribbles around a Bassett defender during a 2020 game at Martinsville Middle School. Niblett was unable to play his senior season with the Bulldogs after the team opted to not play due to the coronavirus pandemic. He’s now a freshman at Louisburg College. 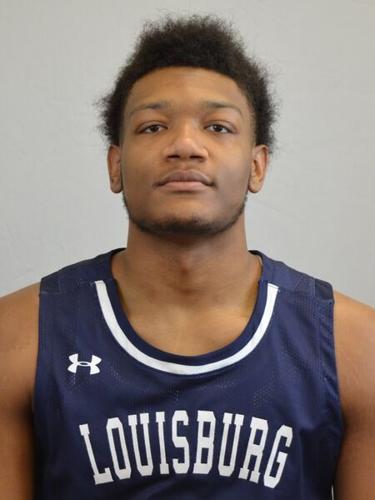 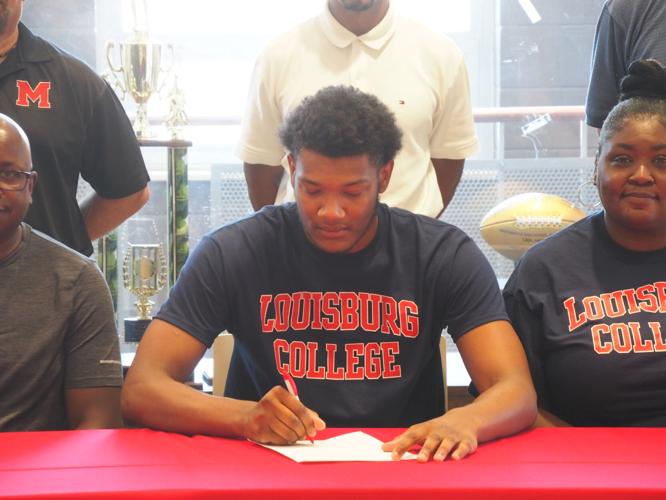 Martinsville High School 2021 graduate Jahiem Niblett signed his letter of intent over the summer to play basketball at Louisburg College in North Carolina. 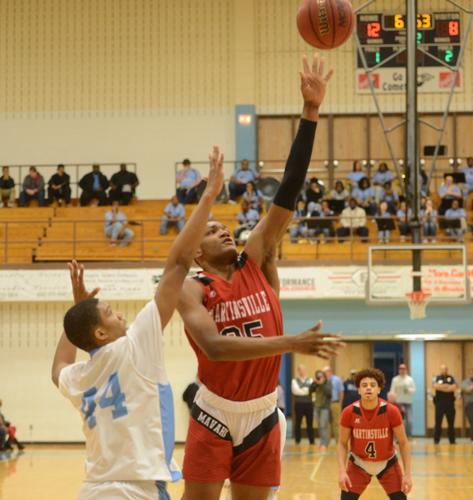 Jahiem Niblett (shown here in a 2020 game at Halifax County High School) is averaging more than 12 points a game at Louisburg College this season.

When the Louisburg College men’s basketball team opened the season on November 1, it was the first time Hurricanes freshman Jahiem Niblett had played a game in more than a year.

Niblett, a 2021 graduate of Martinsville High School, wasn’t able to play his senior season with the Bulldogs because the school opted out of basketball due to the coronavirus pandemic. He also didn’t play any sort of AAU or travel basketball.

“Basically it was almost a year since I had touched the court,” Niblett said in a recent phone interview. “It felt good because I love basketball. It’s my passion and it’s what I came here to do.”

It didn’t take Niblett any time getting back into the swing of basketball. He started the first 13 games of the season for the Hurricanes, and scored 10 points in the second game, 14 in third, and 24 in the fourth.

In 15 games this season, Niblett is averaging 13.3 points and 7.7 rebounds per game.

Niblett said his goal was to come in and make an impact from the start.

“Not knowing if I was going to start or not, because we have multiple big guys who have talent as well, one of my goals individually for me was to start as a freshman and then be able to come in, contribute, and contribute to some wins,” he said.

Louisburg, an NJCAA school in Louisburg, North Carolina, is 6-10 this season, and 4-7 in Region X Division II.

The Hurricanes dealt with injuries early in the season, which helped give Niblett a chance to get more minutes in games.

“I felt pretty comfortable because my coach basically told me my role, what I would be doing,” said the former Bulldog. “So I felt comfortable just in the role that he had put me in, playing the 5, the 4, whatever I had to do.”

Even though Niblett didn’t show it in his game, he’s seen a lot of differences from high school to college basketball. There’s an emphasis on conditioning to be in shape for longer games.

Niblett said it also took time to get used to all basketball all the time.

“The biggest adjustment is different practice times,” he said. “Coming from high school it was having practice at one set time. Now here you’re going to have individual workouts, multiple workouts in the afternoon, and team practices.

“The competition that you play, you’re going to play bigger guys, stronger, the same size as you, and more talented.”

The 6-foot-6-inch freshman played mostly as a big man when he was at Martinsville, but he’s put in time to improve his all-around game this season, and can tell he’s improved on the court.

“My rebounding, playing defense, leading on defense, and then scoring when I have to. Not always needing to score because we have scorers, but I’m able to score,” Niblett said.

“My scoring has gotten better. In high school, I was able to shoot but I really didn’t shoot as many 3s, but I can shoot the 3 now. My jump shot is getting better. I’m able to handle the ball, bring the ball up the court here and there. I didn’t do that as much in high school, but my handles are getting better.”

Niblett is studying computer engineering off the court at Louisburg.

The former Bulldog will get a chance to play in front of home fans on Friday night when Louisburg visits Patrick & Henry Community College. The Patriots (4-9, 4-6) are one spot above the Hurricanes in the Region X Division II standings.

Niblett is hopeful his team can continue to build chemistry and finish the season strong. The Region X tournament will begin on February 21.

“I really didn’t expect to do this well at all, but I’m glad I did,” Niblett said.

“Since we’ve lost a couple guys for a long time, those guys are coming back… We’re building chemistry with them and building wins and losses. We have a low record right now so at the end of the season just trying to get a winning record so we can get to the playoffs.”

Tipoff Friday at P&HCC is scheduled for 7 p.m.

For the first time in a decade, the Martinsville High School boys basketball will have a new coach when they open the season next weekend. Here's a preview of the Bulldogs this winter.

The Bassett High School boys basketball team is one of four local squads welcoming a new coach this winter. Here's a preview of the Bengals season.

With a fifth year head coach and seven returners from last year, the Magna Vista boys basketball team is excited to start a new season. Here's a preview of the Warriors this winter.

The Bulletin begins previewing local high school basketball teams this season, beginning with the Carlisle girls, a team filled with freshmen looking to play like veterans this season.

The Piedmont District announced all-district volleyball lists for the 2022 fall season. Here's a look at the lists and local stat leaders for Bassett, Magna Vista, Martinsville, and Patrick County.

A look at local sports happening this week.

The Bassett, Magna Vista, and Martinsville football teams all finished in the top four of their regions to get a home game in the first round of the postseason. Here's who all three teams will host this Friday.

Ever wondered how much money one wins at the FIFA World Cup?

Ever wondered how much money one wins at the FIFA World Cup?

Martinsville’s Jahiem Niblett (35) dribbles around a Bassett defender during a 2020 game at Martinsville Middle School. Niblett was unable to play his senior season with the Bulldogs after the team opted to not play due to the coronavirus pandemic. He’s now a freshman at Louisburg College.

Martinsville High School 2021 graduate Jahiem Niblett signed his letter of intent over the summer to play basketball at Louisburg College in North Carolina.

Jahiem Niblett (shown here in a 2020 game at Halifax County High School) is averaging more than 12 points a game at Louisburg College this season.