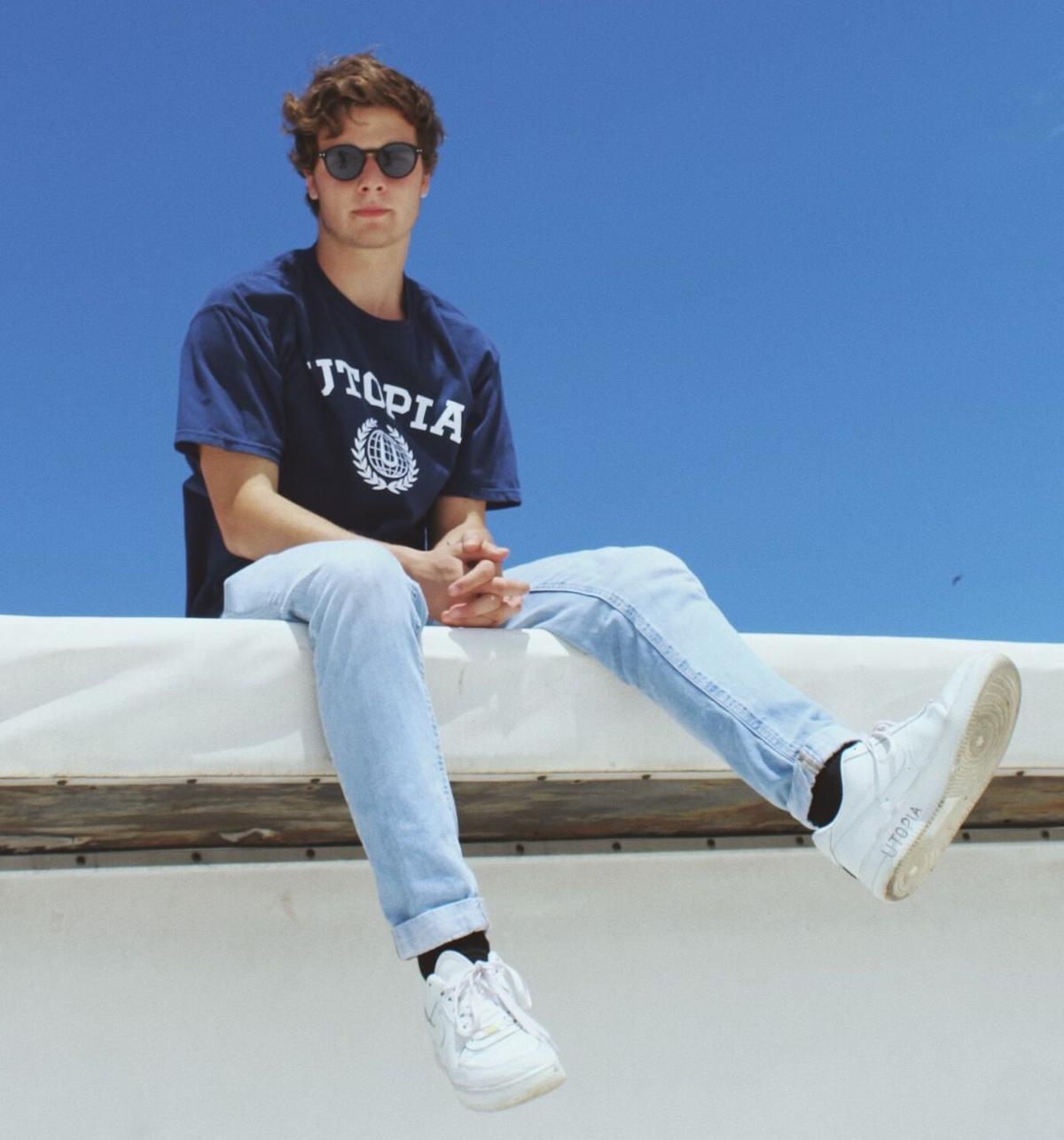 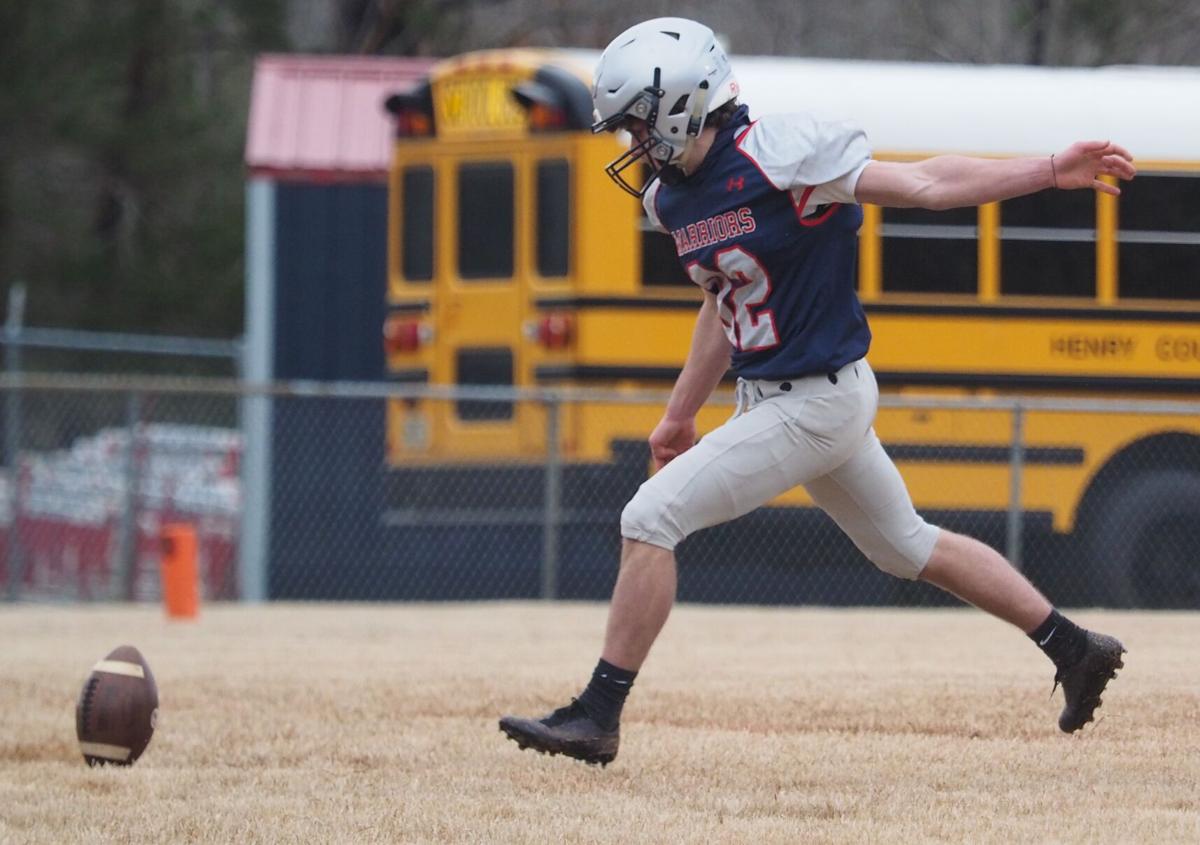 Finley Underwood was the kicker on Magna Vista’s football team for three seasons. 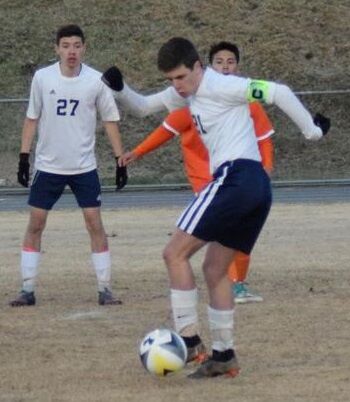 Magna Vista senior Finley Underwood is a senior captain on the Warriors soccer team this season. 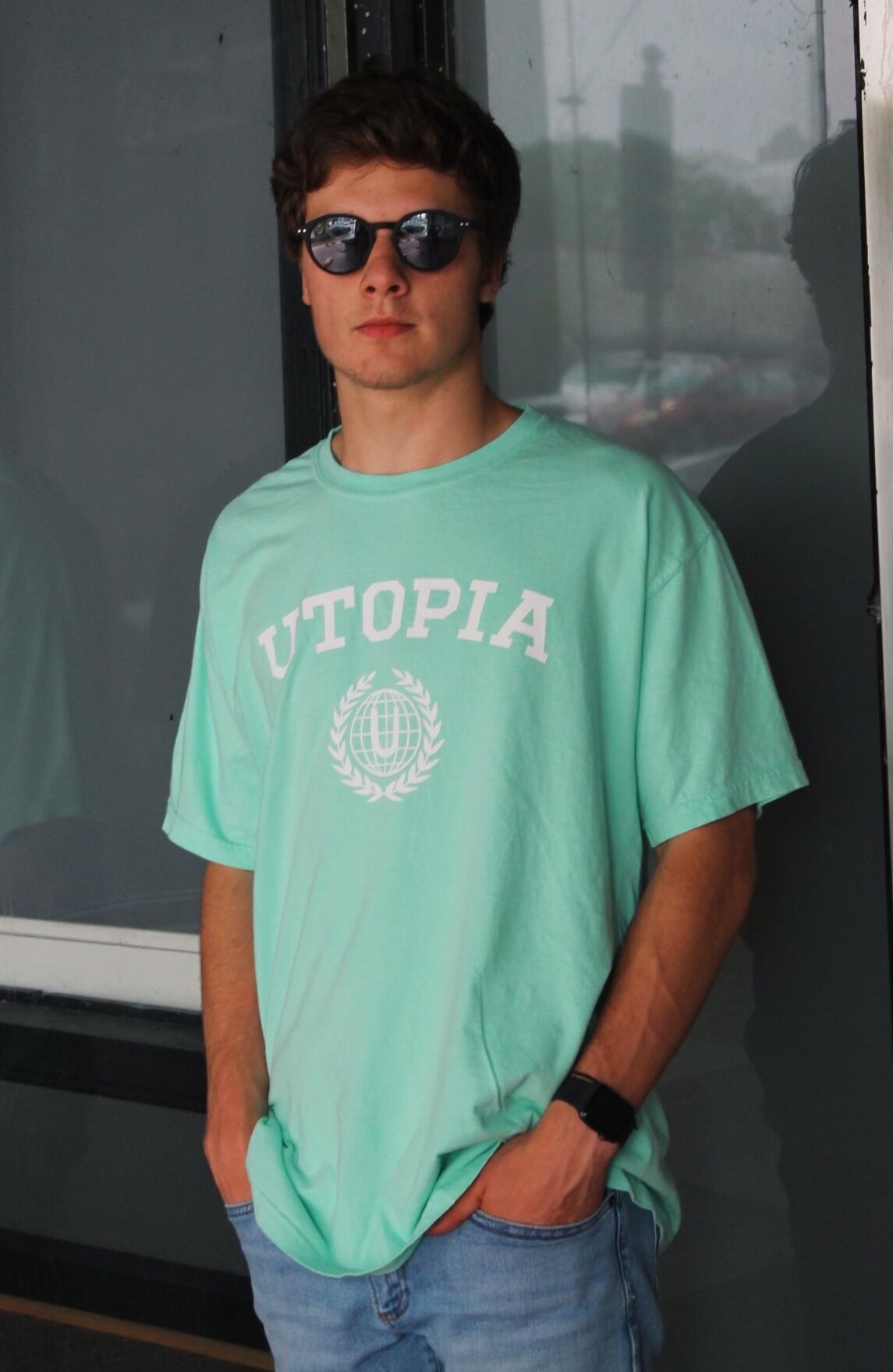 Now, the Magna Vista senior has one of the most exclusive clothing companies in Henry County.

Underwood has known for a long time he wanted to one day run his own business. After working as a lifeguard and for other people, he knew when the time came he wanted to have the freedom of being his own boss.

One day when he was “kind of bored in one of my classes,” he said he came up with the idea of starting a clothing company, partly because it would have the smallest start-up cost, and partly from his own experience of reselling high-end clothes and shoes in his early teen years. He thought he needed to gain some experience in the business field, so instead of really thinking about it, he jumped right in.

“I would look at some of the things and recognize the design and I would say, ‘You know, this is really cool but it would look cooler if I did something like that or that would be cool if it had this on it,’” Underwood said by phone this week. “So I sort of saw some stuff like that and I sort of ran with it. I talked with some of my friends about it. They were extremely supportive.”

Underwood’s first release came out on his 16th birthday, and he said he sold out of about 50 items “within a day or two.”

“I was like, ‘Oh my goodness, this is something that is way more popular than I thought it was going to be,’” he said. “So I sort of kept going with that and the next drop I doubled my product and I sold out within a couple of days again and I just kept growing with that.”

The fourth Utopia collection was released on April 16, featuring basic black and graphite colored T-shirts and hoodies with the Utopia logo front and center. There were also Utopia face masks, but as of Saturday morning those were all sold out.

“I guess the interest in fashion more so stems from the interest in exclusivity. I feel like that definitely drove a lot of businesses like, ‘This stuff would sell out in a matter of minutes.’ And then other people couldn’t have it.

“Everybody wants what they can’t have. So I just sort of kept rolling with that and naturally I gained an eye for things that I liked through some fashion stuff.”

From the beginning, Underwood had the basics downs. He had the logo design, the T-shirts, a manufacturer, and screen printer.

The final step was finding a name, which he knew would be the biggest decision.

He had recently read a book about Nike and its inception, and knew, like the shoe and athletic-wear brand, he also wanted a name with a meaning behind it.

“I was like, this is one of the biggest decisions. This will be on everything for pretty much as long as it runs for,” Underwood said. “I could have named it Finley Underwood’s Clothing Company, but that doesn’t really resonate with anyone.”

One day, while going through Instagram, he stumbled across the word Utopia. It reminded him of himself and his friends and their “inventive and driven” personalities, he said.

“Definitely more so now than back then, I think there’s a lot of people who were really sort of trying to find perfection in a world that is wildly imperfect,” Underwood said. “Everyone has a different idea of what they want to do and everyone is sort of striving for their own goal of perfection. Whether that be starting their own clothing company to reach their perfect life or even hitting the gym to get their perfect body. Everyone has a different idea of perfection or different perfect world for themselves. So I connected that to the word Utopia.”

Those same driven and inventive qualities Underwood sees in himself he seems in his friends and teammates, who he uses as models for the clothes on social media.

He’s found his teammates to be some of the most supportive of the brand from the very beginning.

“Even on the football team, I was the kicker, which normally isn’t the most included position when it comes to football, but a lot of the football kids, they’ve gone off to college and they still sort of rep my clothes and they support me and text me and check in on me,” Underwood said. “It’s been a lot of fun. A lot of them are extremely supportive and it makes them feel good when I can give them some clothes to sort of wear around on the soccer field. So it’s a win-win again.”

The Magna Vista senior was accepted early admission to the University of Virginia, where he plans to study either business or commerce starting this fall. He also has a tryout to walk-on to the Cavaliers’ football team.

Taking Utopia to the future is “kind of cloudy right now,” Underwood said. If he were to make the football team at UVa, there are NCAA rules against athletes making money off of their likeness which could force him to run into some legal issues.

“I recognize I’m the face of my business,” he said. “Even though the T-shirts don’t physically have my face on them, a big reason why my clothes are even remotely successful is people just supporting me.”

If Underwood doesn’t make the team, or if current NCAA rules change – there are laws currently being discussed that would allow college athletes more freedom to make money off of themselves – Utopia is something he would like to continue for as long as possible. With each different collection he chooses a different charity or non-profit to donate some of the proceeds to. The fourth collection donated 10 percent to the National Park Service.

“I don’t know if there’s any sort of number goals that I want to try to reach. It’s more of just… I’m widely successful only because of my community that supports me and I feel like it’s important to give back to my community,” Underwood said. “So I’m not really sure if there’s an ultimate goal of donating a certain amount of money or it reach a certain amount of followers or anything like that. It’s trying to do as much as I can for myself and my community for as long as I can.”

Those interested in reading more about Utopia or looking to purchase an item to can to go www.utopiaco.us, or find Utopia Co. on Instagram and Facebook.

Why is there still so much doubt surrounding the Atlanta Hawks?

What does Joel Emiid's offseason look like following his knee injury?

What does Joel Emiid's offseason look like following his knee injury?

What are some ways the game of golf can grow?

What are some ways the game of golf can grow?

Syrian boxer competes 'for all refugees' at Olympics

Syrian boxer competes 'for all refugees' at Olympics

'We wanted them realize they're good enough to be here': Magna Vista squads battle adversity to reach region championship games

After a joint celebration Wednesday night, Magna Vista's soccer teams will both play in the region finals Friday at SRSC. Here's what both coaches said about their team's historic seasons.

See what Magna Vista coaches and players had to say about the team's come-from-behind win over Cave Spring in the region championship game Friday night.

Martinsville City Schools superintendent Zeb Talley announced Monday that the city’s athletes can finally get back on the field.

Magna Vista's boys and girls soccer teams will both take on Christiansburg in their respective region tournaments Wednesday night. Here's a preview of both games.

High School Playoffs: Magna Vista soccer teams move on to region semifinals, and other scores from around the area

A busy night of playoffs across the area Monday.

BREAKING: Martinsville High School boys soccer coach Pete Scouras has resigned from his position with the team. Scouras has been head coach at MHS since 1988, and is third in VHSL with 433 career wins.

Finley Underwood was the kicker on Magna Vista’s football team for three seasons.

Magna Vista senior Finley Underwood is a senior captain on the Warriors soccer team this season.