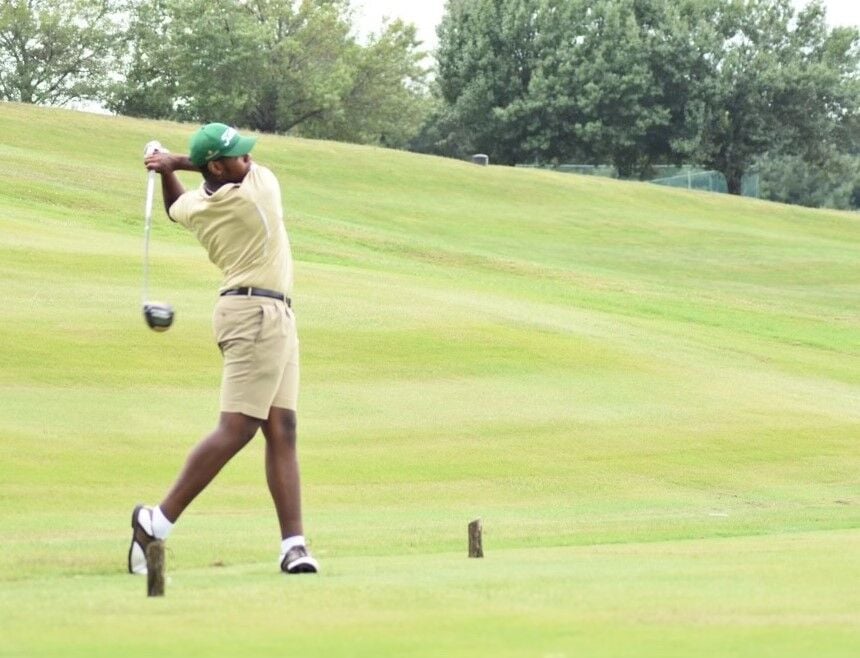 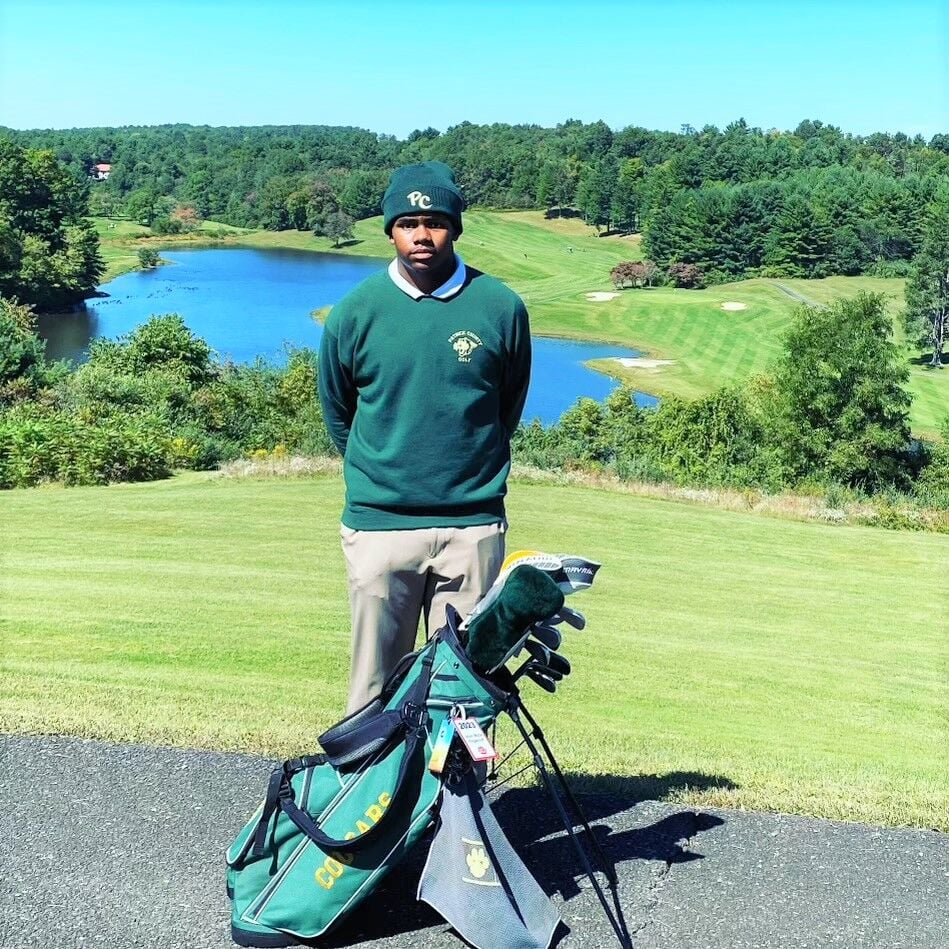 It may not have been his best scoring round of the season, but the 79 was Hagwood’s most important score. It helped him win the region championship, a title no other Cougar as held in at least 25 years.

During Monday’s match, Hagwood was even through four holes, 2-over through 10.

“I felt a little bit nervous on the first tee but I built my confidence up as I played. Just focused on my shots… made some putts and really focused up. I’d been practicing a lot,” Hagwood said by phone this week.

“I had a couple rough holes… and I finished good with a par. I made a couple pars of about a 10 feet and that really made my round good.”

Cougars golf coach Philip Steagall said he isn’t sure if any other PCHS athletes have won a region title previously, but none have since he’s been coaching for more than 20 years.

Monday’s tournament was held at Olde Mill Golf Resort in Laurel Fork, the same course where Hagwood and the Cougars won the Piedmont District tournament last week. In the PD match, Hagwood shot 82 and finished fourth.

After playing Olde Mill several times this season, Hagwood said he’s starting to build more trust in his game when he plays the course.

“I feel a lot more comfortable with that course now because I’m been playing there most through the season and the last couple weeks,” he said. “It’s a tough course. Pretty tough. A lot of water. A lot of wind sometimes.”

Hagwood has been playing golf since he was about two or three years old. He started by tagging along when he dad, Dale Hagwood, would play.

Dale is now Hagwood’s swing coach, and his competition in practice.

“It makes it a lot more enjoyable. Makes it more fun,” Hagwood said of having his dad be a part of his golf career.

“Oh yea, I can beat him now pretty easy… I beat him first when I was around 14 or 15. That’s when I really started focusing on golf a lot.”

The Cougar also plays basketball at PCHS. He called hoops his “fun sport” he plays to get some cardio when golf season is over.

“Golf, it’s just fun to play a lot and practice and get better at,” Hagwood said.

There aren’t any seniors on the Cougars golf team this season, and the top scorers for PCHS this season are all juniors. Cougars Hagwood, David Smith, and Wesley Roberson started golfing with each other in middle school, and have progressed alongside each other for several years.

Hagwood credited his teammates with helping him get better this season and compete his best on Monday.

“It’s helped a lot. We compete against each other a lot because we each want to win.”

Since his region championship, Hagwood received a lot of handshakes on the course, and has been getting a lot of congratulations texts and at school.

Hagwood is part of an historic Cougars team that finished second as a team in the region meet, becoming the first PCHS team to automatically qualify for the golf state championship.

Hagwood’s best round of the season was a 75 on August 30 at Forest Park Country Club. He’ll look to reach that or do better at the state championship later this month.

Thankfully for him at the rest of the Cougars, they’ll get a chance to compete on the same course where they all made history this week. The VHSL state championship will be held at Olde Mill on October 12.

2021 Heisman Trophy Market: Where is the value?

2021 Heisman Trophy Market: Where is the value?

Who should take over at LSU?

Who should take over at LSU?

High School Football: Warriors step up to challenges in victory over Martinsville

Magna Vista football coach Joe Favero had several challenges for his team in Friday’s game at Martinsville, and the Warriors stepped up to each one in a victory over the Bulldogs.

The Bassett volleyball team picked up a crucial win over Tunstall Thursday night to stay tied at the top of the PD standings.

Carlisle boys soccer bounced back with a win over New Covenant Thursday. The Chiefs are young in soccer years, but are improving this season.

The Patrick County High School golf team celebrates history made this fall and looks ahead with high expectations for the 2022.