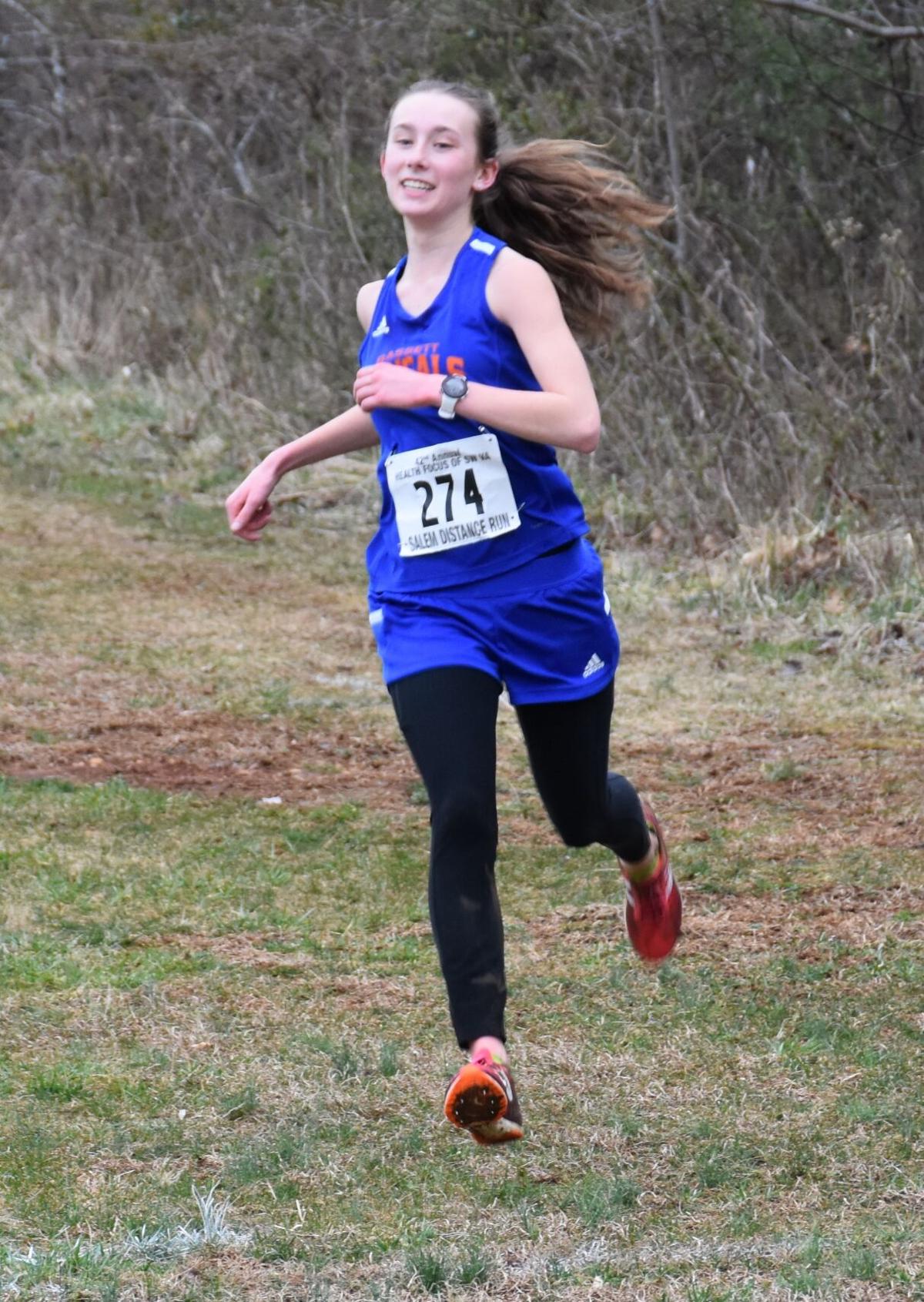 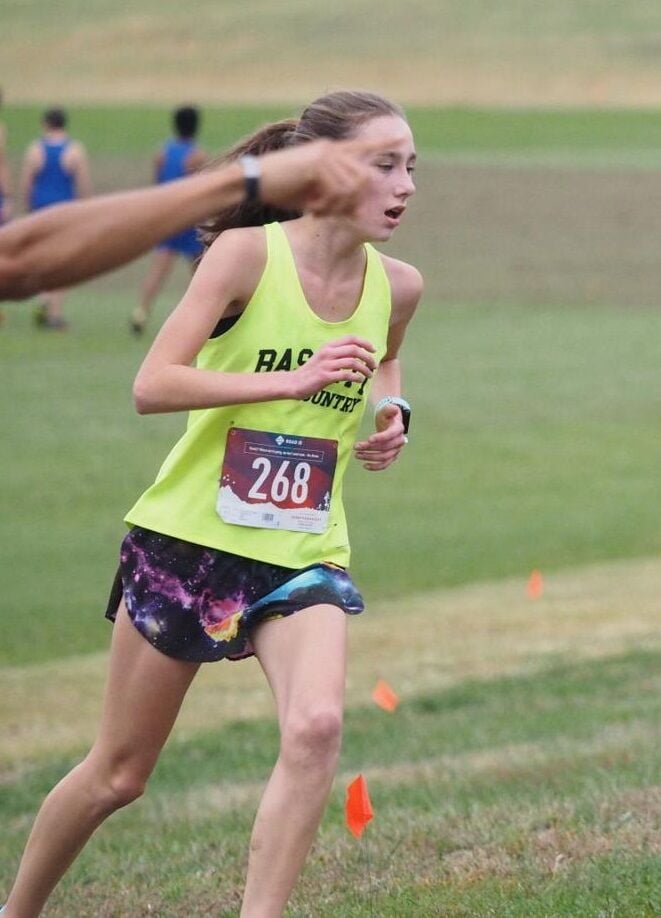 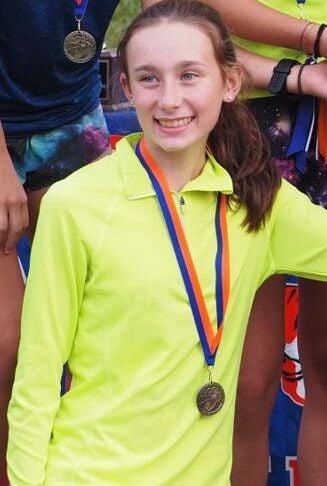 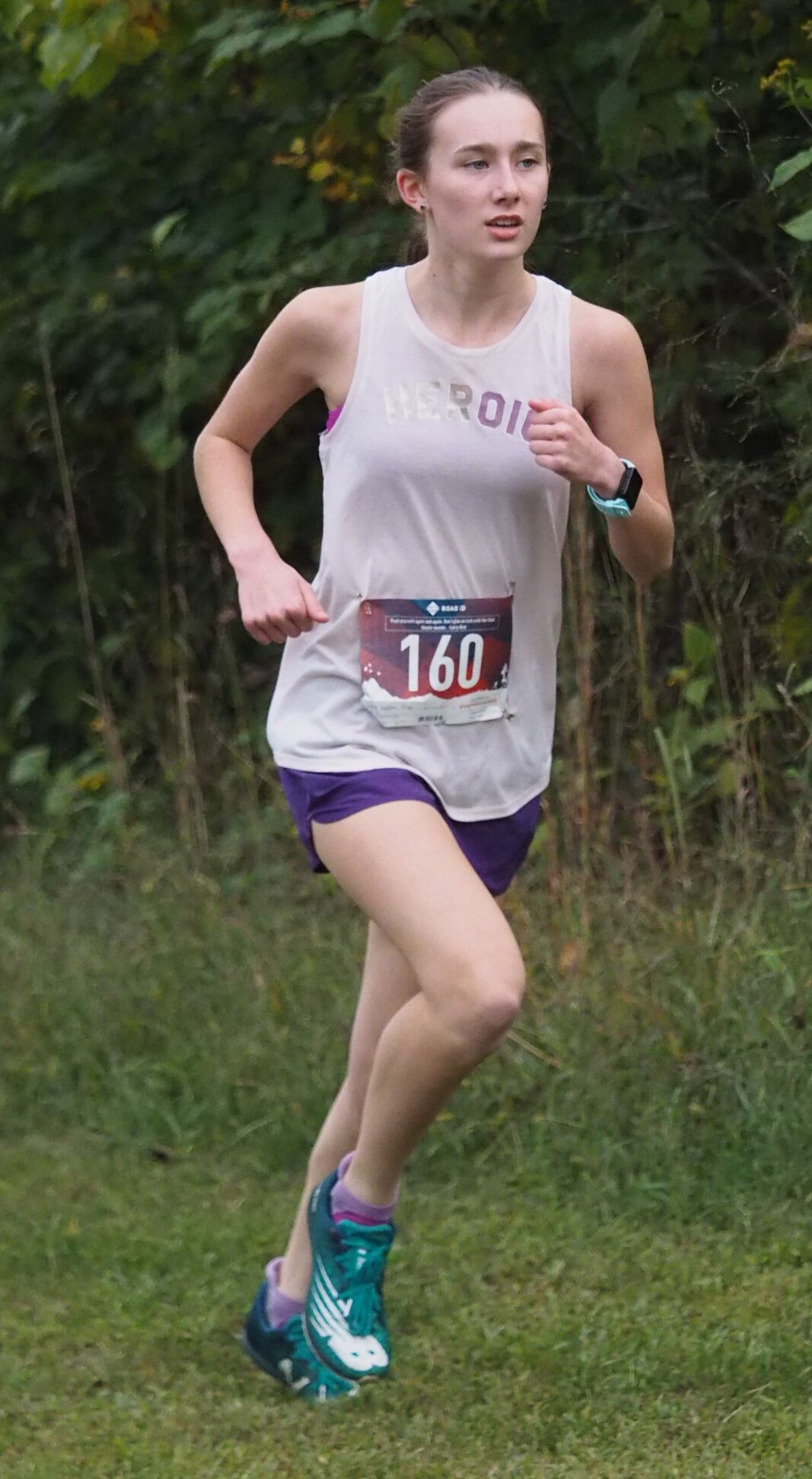 When it comes to running for Bassett High School sophomore Piper Doughton, she may not love the process, but she loves having run.

There’s been plenty of reasons for Doughton to love her runs this spring. She won every Piedmont District race the Bengals competed in during this cross country season, and last week she won the PD championship.

This season has been a different experience for Doughton given the fact cross country was in the spring and the Bengals were competing amid COVID-19 restrictions. Last week’s PD championship had its own set of challenges, most notably the high temperatures. It was the warmest meet the Bengals had competed in this season.

Doughton lined up on the starting line at Smith River Sports Complex with her usual nerves, but you never would have known by the way she ran. She finished in 22:07, 23 seconds faster than the second place finisher.

Doughton’s dad is also a runner, and he got her into the sport when she was in sixth grade. At the time she was attending Christian Heritage Academy in Rocky Mount, and would participate in fun runs there until she was old enough to compete in the school’s 5Ks.

From there she joined cross country teams and just stuck with running without much of a second though.

A lot of Doughton’s mentality as a runner may seem contradictory. For one thing, she gets nervous before every race, but never shows it while running.

“I just go through my typical routine with my team and do the last minute stuff like saying, ‘Let’s do this, you got this,’ and then just getting ready to do the best you can,” Doughton said. “I like to try and just stay positive while running. Sometimes I can get to where I don’t think about anything while running.”

There’s also the fact that the process of running a race is anything but easy, but the Bengal always loves the end results.

“In the middle of the run it’s not super fun,” Doughton said. “It’s very kind of rewarding after a run. You never really regret doing a run. Now in the middle of it maybe, but after it, it feels really good.”

Doughton also is the furthest thing from a shrewd competitor. She admits she’s not “super competitive,” which is part of her laid back, easy-going nature.

That mentality, though, helps foster her success in the sport. Plus, that doesn’t mean she doesn’t work hard towards trying to win every time she steps to the line.

“It’s always a goal to do your best, but, especially this year since I know what teams I’m going up against, it is a goal of, ‘All right, let’s try to win this,’” she said. “I’m a fairly easy-going person. I definitely enjoy winning and everything.”

For Doughton, her love of running comes from the people—the running community and her teammates that push her to run her best every race.

The Bengals will return to their home course at Smith River Sports Complex on Thursday for the Region 3D championship, looking for a spot in the VHSL Class 3 state meet.

Doughton may line up for that race nervous, but she knows no matter what she’ll love the end results.

“I try to push myself to see what I can do and I like seeing how the team does to push themselves and working together to do it,” she said. “I’m just going to do the best I can. I’m thankful it’s on our home course because I know the course, I kind of have a game plan, know what we need to do. I’ll just do my best and see what happens.”

There will be no governor restricting the pace of the VHSL cross country championships.