Subscribe
Read Today's E-Edition
Share This
Bassett's Jade Hylton plays in all-star game on ESPN, gets ready for UVa softball this fall
0 Comments
Share this
1 of 3 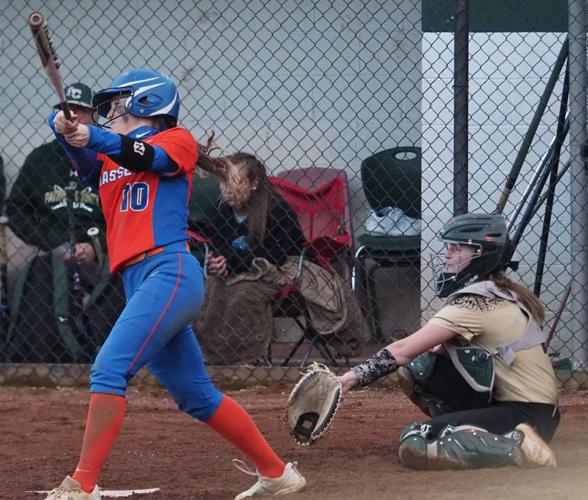 Bassett High School’s Jade Hylton was named player of the year for both the Piedmont District and Region 3D for her play as a senior with the Bengals this season. 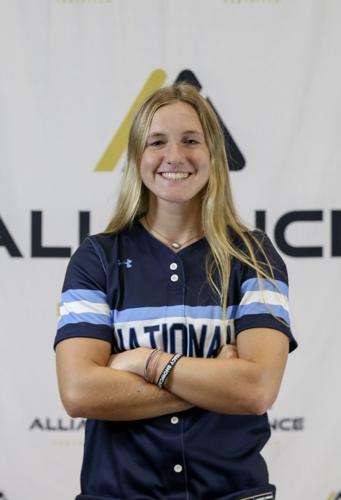 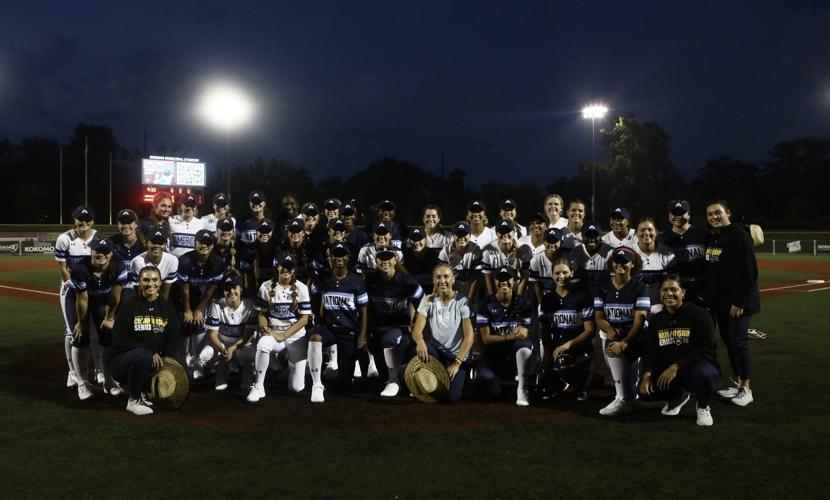 Alliance Fastpitch hosted an all-star game on July 24, with the game broadcast on ESPNU. Bassett High School graduate Jade Hylton (second row, eighth from left) was a member of the Alliance National team.

Bassett High School 2022 graduate Jade Hylton was one of the best softball players in the state this spring as a senior with the Bengals.

Over the weekend, Hylton got a chance to showcase her prowess on ESPN, while playing in an all-star game with some of the best high school players in the country.

The 2022 Alliance All-Star game was played July 24 in Kokomo, Indiana, and the game was broadcast on ESPNU.

Hylton was a member of the game’s National team. She was one of just two players from the state of Virginia.

“It was really cool. It was awesome,” Hylton said in a phone interview with the Bulletin on Friday. “Being able to say that you’ve played on live television with a bunch of other softball players that you meet from all across the country, it was just really cool and really fun, and I was blessed to be able to have that opportunity.”

Hylton said she isn’t sure how she was chosen for the game, but she has played in Alliance tournaments in the past.

The final 40 players were chosen from the Regional teams and divided into Alliance American and Alliance National.

The Alliance Fastpitch organization, a group of softball teams and hosted tournaments across the country, was founded in 2020 as, “A shared desire for change amongst leaders in youth fastpitch,” the group’s website reads.

“The vision for collaboration, enhanced competition, and athlete-centric decisions fueled the idea of The Alliance Fastpitch,” the website continues.

Hylton was named First Team All-State for VHSL Class 3 this spring, as well as Player of the Year for the Piedmont District and Region 3D. In 61 at-bats this season, the Bengals’ shortstop had 43 hits for a .705 average at the plate. Sixteen of those hits were home runs, six were doubles, and three were triples. She had 34 RBIs, 37 stolen bases, 19 walks, and only struck out twice. She finished with an on-base percentage of .778.

Defensively, the Bengals shortstop had 30 putouts and just two errors.

The former Bengal played in four tournaments with her travel team this summer, and finished her summer slate with an Alliance tournament in Indianapolis this week, the Alliance Championship Series.

Hylton’s team lost in the Elite 8 of the tournament on Friday, which ended up being the final summer travel game of her career.

“It was a bit sad, but I’m glad I could at least say that I have more left,” she said.

Hylton is committed to continue her softball career at the University of Virginia in the fall.

The focus this summer for Hylton has been at the plate.

“I just really want to focus on hitting,” she said. “I’ve kind of been struggling a little bit over the summer, so I was just trying to fix up the small things. It’s a tough game, it’s a game of failure, and I’ve got to realize that.”

Move-in day at UVa is August 19. While Hylton said “it’s a little bit scary,” thinking about moving on to college and softball in the Atlantic Coast Conference, she’s also excited for that next step.

The Cavaliers new recruiting class has gotten close over the last few months, spending time together and talking often, which Hylton is hopeful will make the transition easier.

“I’m just excited about playing softball and making a family,” she said. “I already know most of the players on the team, but really I’m excited for getting to spend more time with them and make memories at the college level.”

Getting to play on ESPN this summer was a reminder to Hylton of how far she’s come in her softball career, and how much more she has left.

She said she hopes her work ethic is seen and emulated by other young athletes in Henry County.

“It (the all-star game) was really cool. It just made me feel like some of my work over the years paid off,” she said. “I was playing with some of the best athletes across the country. It just felt like a really big accomplishment.

“I just hope that they know that if they work hard they can accomplish anything. Stay focused and just stay working and you can accomplish a lot of things. Chase your dreams. It gets tough some times, but it works in the end.”

'It’s a one in a million that you find a Lou Whitaker': Martinsville's own is celebrated ahead of special honor in Detroit

Martinsville's Lou Whitaker is having his number retired by the Detroit Tigers today. Friends, fans, and former teammates in the area spoke about Whitaker as a player, a person, and his legacy in town.

The Bulletin collected stories from people in the area who either know Lou Whitaker, played with or against him, or are just fans of his. Here are some of those stories.

Martinsville’s Anne-Parker Coleman is the new weekend sports anchor and weekday sports reporter at WCAV-TV, the CBS affiliate in Charlottesville.

Results from the first Piedmont District golf match of the fall season.

Mark Hughes got the chance to watch the Bassett boys basketball team last season. Now, Hughes will take over as coach of the Bengals this winter, Henry County announced last week.

Bassett High School’s Jade Hylton was named player of the year for both the Piedmont District and Region 3D for her play as a senior with the Bengals this season.

Alliance Fastpitch hosted an all-star game on July 24, with the game broadcast on ESPNU. Bassett High School graduate Jade Hylton (second row, eighth from left) was a member of the Alliance National team.