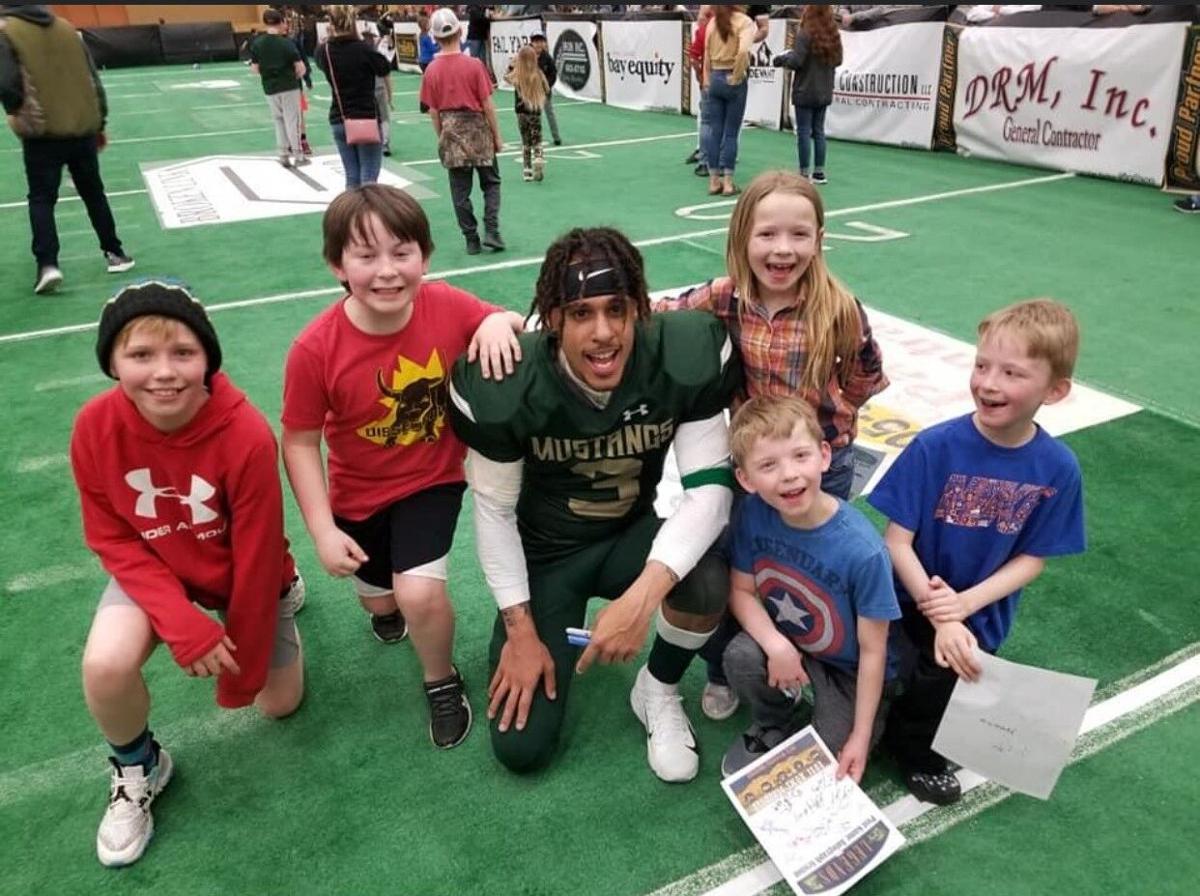 DeVonte Tinsley said having people become fans of him was “one of the best feelings as a pro athlete.” Tinsley, a 2018 graduate of Magna Vista, played for the Wyoming Mustangs in the Champions Professional Indoor Football League this spring. 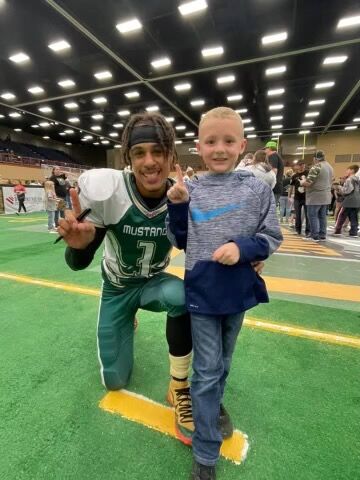 “Never underestimate the power of consistency and desire.” It’s a motto DeVonte Tinsley lives by. And his desire to play football has never wavered.

When Tinsley graduated from Magna Vista High School in 2018, he knew he wanted to continue to play football for as long as possible. The 2-time state champion with the Warriors went to Averett University for two semesters, but realized college may not be right or him.

“I found out that college was really, really hard,” Tinsley said in a phone interview last week. “It wasn’t what I expected. So eventually I stopped going to Averett and I came home to focus on myself. While doing that, I was like, I want to play football again. So it took off from there.”

In 2019, Tinsley flew out to Seattle for a tryout with an arena league football team. He made the team, but the pandemic delayed all football activities, and delayed the start of his professional career.

But he didn’t give up. He sent his football film from high school and college to the Wyoming Mustangs, “and it just so happened they were very interested,” Tinsley said.

The Mustangs were a new team playing in the Champions Professional Indoor Football League, which started in 2012 and now has six teams across the Midwest. The team went 3-8 in its inaugural season this spring.

Tinsley tried out for and made the team, and appeared in three games as a defensive back for the Mustangs this season, getting six solo tackles on the year.

“I’m now a pro athlete,” Tinsley said. “It feels really good to say that I’m a pro athlete because not everyone has the opportunity or the chance to say that, honestly. To get paid to play the game that they love.”

There was a bit of a culture shock for Tinsley playing out west. There’s also a big climate difference in Gillette, Wyoming—which has an elevation of 4,554 feet—and Henry County.

“It was very, very cold. It was freezing up there,” Tinsley said. “Every single day it was snowing, I would call my mom and my dad here and it would be 90 and sunny and over there it would be 40 and snowing. It was very different.”

Even though it was the Mustangs’ first season, the team still lead the CIF in average and total home attendance. With fewer restrictions against COVID-19, Tinsley said it was, “pretty much like I was living the dream again. I was in the real world again.”

Getting the chance to play in front of packed stadiums and have people become fans of his made making Wyoming his new home much easier for Tinsley.

“I had this one fan... She was an older woman but she was at every game cheering for me and the guys,” Tinsley said. “It was the best experience ever to hear her say my name when I’m on the field and to hear different people say my name while I make a tackle or something like that. And they don’t even know me, but they support me. It was one of the best feelings as a pro athlete.”

Tinsley also gained a lot of confidence from the fact he was the youngest player on the Mustangs’ roster but he was still getting playing time on a team full of players who played Division I football, some even in the NFL.

“For me to take a year off after college and still be able to display my athletic abilities on the field of guys that’s five years older than I am, I can’t even put into words how great it was,” he said. “I’m 21. The other guys on the team were 25 and above so it was probably one of the greatest experiences of my life, honestly.”

After the season ended in mid-June Tinsley came back to Virginia. While he said he loved his time in Wyoming, he said “Hopefully I have bigger plans for next year.”

The MVHS grad is currently waiting for his passport, and he’s been sending his film to scouts in the Canadian Football League. The CFL was his ultimate goal when he left Averett.

“I’m just here working out, staying ready so I don’t have to get ready,” Tinsley said.

While he’s in Virginia, Tinsley has also been keeping up with the Warriors. He watched all of Magna Vista’s football games on a live stream this spring while he was in Wyoming, and he’s attended all of the team’s 7-on-7 exhibition games this summer.

He supports the Warriors because he knows how far support can go. It was the support of those back home who helped him in his own football journey.

“Without my family I wouldn’t be where I am today,” Tinsley said. “They support me in whatever. If I’m up there and I have a bad game I call them and they cheer me up every time. So support goes a long way.

“It means a lot because whenever I come home… I know I can come back here, work out at that gym, work out with old teammates and then go back out there and display it. It helps out a whole lot, really. The support goes a long way. I can’t express it enough.

“Without their support, there would be no DeVonte right now.”

NFL Week 6 Market: Will weather be a factor?

The Virginia High School League released the football region rankings on Thursday, with three local teams ranked in the top 8 of their respect…

With crazy turn of events, Martinsville escapes with victory over Chatham

Chatham and Martinsville’s football teams entered Thursday night’s non-district matchup expecting a dogfight and that’s exactly what they got.

The Bassett volleyball team picked up a crucial win over Tunstall Thursday night to stay tied at the top of the PD standings.

DeVonte Tinsley said having people become fans of him was “one of the best feelings as a pro athlete.” Tinsley, a 2018 graduate of Magna Vista, played for the Wyoming Mustangs in the Champions Professional Indoor Football League this spring.