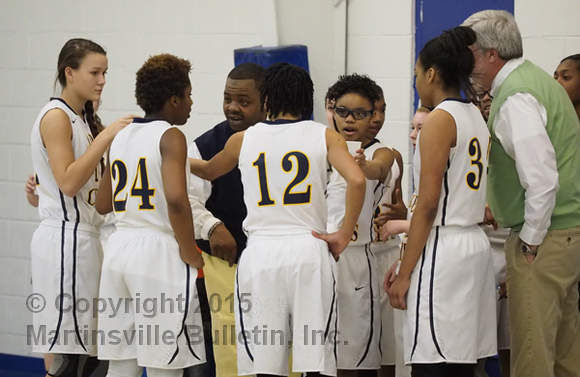 In this February 2015 photo, Carlisle girls basketball coach Mancino Craighead talks with his team during their run to a VISAA DII state championship. 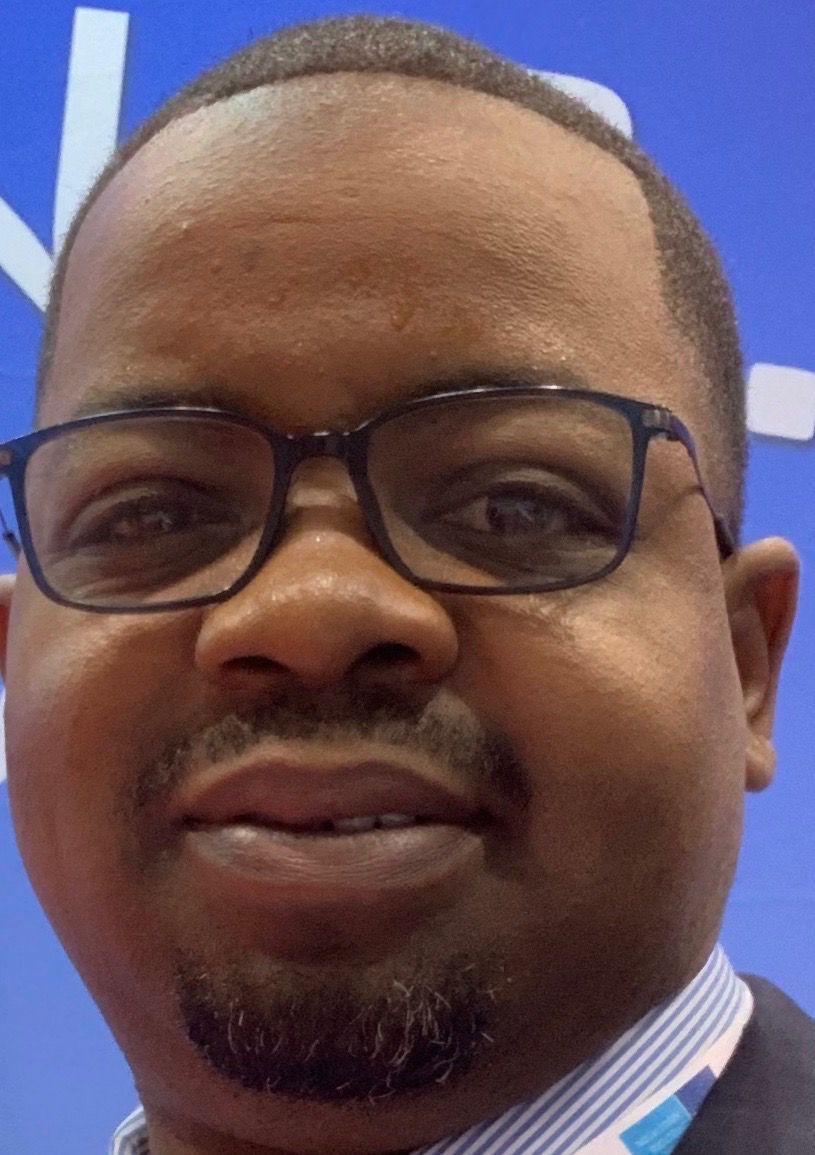 One year after he stepped away from the program, state champion coach Mancino Craighead is back at the helm of Carlisle’s girls basketball team as they prepare for a much different 2021 season.

Craighead, who has led the Chiefs to four VISAA Division III state championships, stepped down from his position with the team as well as his job as the school’s athletic director in 2019 to take time to help his wife and daughter who both had health issues they were facing at the time.

While working in Winston-Salem, North Carolina with his new job last year, Craighead said he stopped at R.J. Reynolds High School to watch the Chiefs play a game. Head Coach Bill Adkins asked Craighead to sit on the bench with the team and eventually let him coach a little bit.

“I told him on my way home that night I cried all the way home,” Craighead said by phone last week. “I was like, I miss this so much. If I ever get the opportunity to get back into it I’m definitely going to do that.”

Craighead had several conversations with current Carlisle athletic director Melinda Brightwell and others with Adkins, who told him if he would like the job back it’s his. Adkins, who was a former assistant coach with Craighead for all the state titles, will stay on as an assistant again.

“Honestly it’s been like Christmas morning for me,” Craighead said. “I never realized how much I missed the game of basketball and being a part of student-athlete’s lives until I was away from it, and honestly I’m so glad to be back.

“My daughter is happy to see me back coaching the girls.”

Returning to the team won’t be without challenges for Craighead or the Chiefs. There are just seven players on this year’s roster, none of whom have played for the coach in the past. The early season has been all about players learning Craighead’s style of coaching and him learning what he has in his team.

Even with a lot of inexperience on the team, though, Craighead said going back to basics and teaching from the ground up has been, “the most rewarding part of it so far.”

There’s also the issue of the coronavirus pandemic, which pushed back to the start of the season and only allowed for about five practices for the Chiefs before the first game on Monday. Carlisle created a back-to-play handbook for coaches and players to follow to ensure everything is done safely and in accordance to COVID-19 guidelines, and Craighead said it’s nice to know every other school in the country is dealing with the same issue.

“It’s different for everyone,” he said. “The players, the coaches, administrators, and we’re all just trying to be as safe as possible. Carlisle has done an awesome job of making sure we’re following CDC guidelines.”

“It’s different because we’re all having to wear masks, but it feels good,” said senior captain Amelia Monroe. “It’s a distraction from everything going on and finally being able to do something makes it seem normal again.”

A small roster got smaller this week when junior transfer Jaeda Manns went down with a finger injury. The numbers crunch makes staying safe and healthy even more important for the Chiefs.

“We only have seven girls. If someone were to get sick then we’re down to six,” Craighead said. “I’ve been trying to go to through the hallways and talk to certain young ladies and see if they’d be interested in coming out. I don’t care if they have basketball experience or not, I just want more people out.

“So far so good, but it’s going to be a challenge for everyone involved so we’ll just do what we have to do and take it day by day.”

“We’re definitely new to each other,” Monroe said. “There’s several new girls and we’re still really young, so I think this year is really going to be about learning everybody and really finding out how to play with each other.”

Craighead said this is definitely going to be a rebuilding year for the Chiefs, but he’s O.K. with that because, “I’ve always been the type of coach I love to teach from the ground up.”

Height, depth, and basketball experience will be a struggle for the Chiefs. On the other hand, Craighead said quickness and speed will work to their advantage, and he hopes to feed the offense with strong play on the defensive end.

Even though he said he knows there will be some frustrating days and nights, he welcomes all of it.

“I’m always telling them if there’s something you need to know or you don’t understand, ask me. There are no dumb questions out here. I will tell you everything that I know about the game of basketball, and we’ll see what happens after that,” he said.

“Whether we win or lose this year, that’s not even something I’m focusing on totally. Yes we do want to win some games but this year is to learn, rebuild the culture of girls basketball here at Carlisle and get it back to that prominence that it once was several years ago.”

The Chiefs have three returners from last season—Monroe, Emily Cahill, and Rachel Adkins.

“They kind of understand what we’re trying to do because they played under Coach Adkins last year and he pretty much kept what we had done over the years, so it’s not been too big of a challenge for those three,” Craighead said.

Here’s more of what Craighead had to say about his players this season:

Jaeda Manns – A transfer from Magna Vista, Manns broke a finger in her non-shooting hand this week and will be out 3-8 weeks. However, Craighead is confident Manns will “do a lot for us offensively and on the defensive side” when she is able to return.

“For her to just kind of step in and learn what I want from her and just play, I’m been trying to say, ‘Just be yourself. Don’t worry about it, don’t think about it too much. Just play the game of basketball,” he said. “She’s probably going to be our primary or secondary scorer. That’s something she’s not used to but I think she’ll relish in that role.”

“I’m looking forward to seeing what she can do on the court,” he said. “I’m going to be asking a lot out of her as far as defense and scoring and her overall basketball knowledge because she does have a lot of knowledge of the game, but she’s just a little passive as far as talking to all the new girls because she’s new to the school and new to the team but she’ll overcome that with time.”

Amelia Monroe – A senior captain and one of three returners from last season. Even though last year was her first time playing basketball, Craighead said Monroe did “unbelievable well.”

“She’s a very good rebounder and she’s aggressive on the defensive end. That’s what we’re going to need too because I think for the first part of the season most of our points are going to come from the defensive end until we get our offense clicking like we want it.”

Rachel Adkins – A junior and third year varsity player, Adkins is the tallest player on the Chiefs.

“She’s going to be asked to probably do the majority of the rebounding on our team,” Craighead said. “She’s really coachable. She’ll do everything you ask her to do and that’s all I ask. Just give me all you’ve got.”

Carlisle will play two games, both at home, this week. They’ll open the season on Monday at 6:30 p.m. against New Covenant. They’ll return on Saturday against Forsyth Home Education at 5:30 p.m.

Monroe: “It’s going to feel so different. It is our first game so it’ll be a new team and a young team. It’s going to be a learning lesson for everyone.”

Craighead: “I think what I’m most looking forward to is the camaraderie with some of the coaches. Over that 10 year span I built some great relationships with some coaches and I miss some of the conversations we would have at some of the games before and after. I guess I’m just going to miss that competitive nature. I’ve always been a competitor and I haven’t been able to do anything really competitive probably the last two and a half years and I’m so looking forward to it.”

Monroe: “Mancino has very different ways of coaching but he’s a very good coach. He knows how to coach and be understanding to the new girls and people who don’t really understand basketball. He’s very welcoming.”

Monroe: “Really I did it for coach. He loves the sport so much and I felt bad that we weren’t going to have enough and I knew if I played for him it was going to be a great season so I just went ahead and played.”

Craighead: “The girls are excited. They’re a little nervous because we haven’t had a lot of practice time and games are coming up on us but I told them, we’re not the only ones having to go through this. All schools are having to go through this at some point… So I said, don’t worry about it. We’re all going to get in there, we’re going to have fun and laugh and joke and hopefully kick somebody’s butt a little bit.”

Cara Cooper is the sports editor at the Martinsville Bulletin. She can be reached at cara.cooper@martinsvillebulletin.com

Carlisle boys basketball team hopes to build off of their first win of season Thursday night.

Local coaches answer the question: What are you most looking forward to in 2021?

Local coaches and those involved with sports in Martinsville and Henry County were asked a simple question: “What are you most looking forward to in 2021?" Here are their responses.

Hanging with Miss Cooper: Who should you root for in the NFL playoffs this weekend?

I want to start this column by offering my condolences to readers who are fans of the Carolina Panthers, Washington Football Team, Baltimore R…

Henry County schools has further pushed back the start of high school winter sports, postponing games and events scheduled for this week.

After postponing the first high school basketball games of the season until after the new year, games scheduled for this week have also been postponed, according to the Piedmont District website.

In this February 2015 photo, Carlisle girls basketball coach Mancino Craighead talks with his team during their run to a VISAA DII state championship.