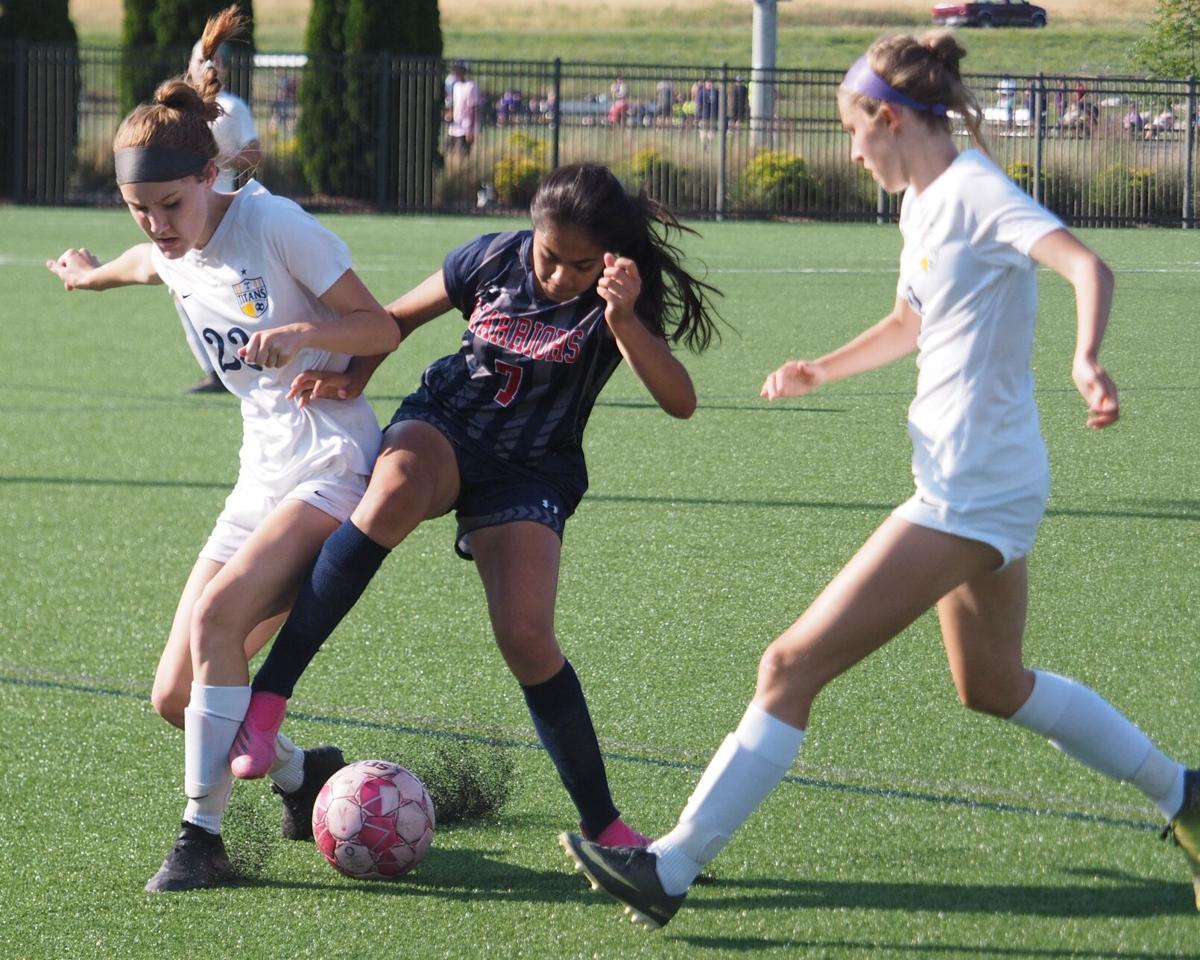 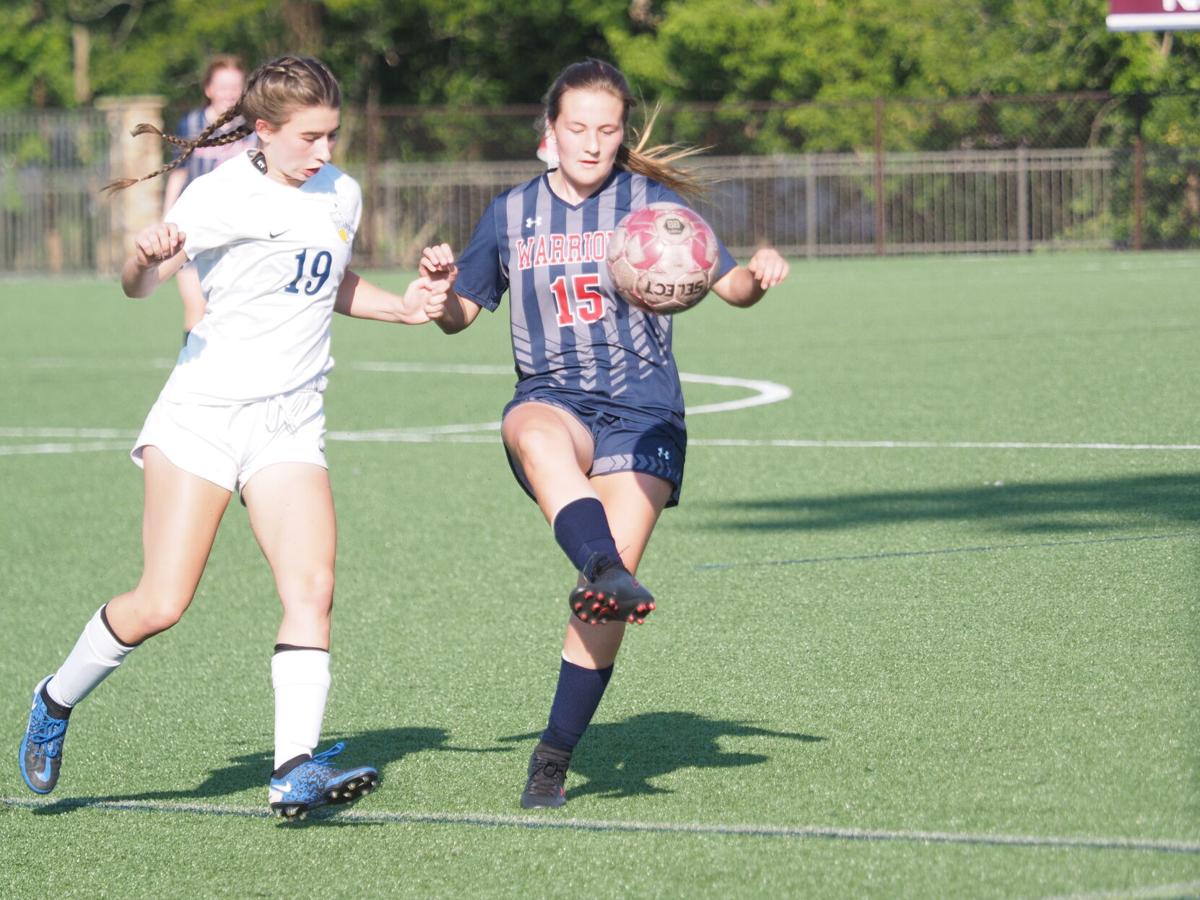 Magna Vista’s historic girls soccer season came to an end Friday night at the hands of Hidden Valley by a score of 7-1.

After a scoreless battle for 35 minutes, Hidden Valley scored three goals in the final four minutes of the first half in a stretch that would put the Warriors away for good.

After the Titans scored for the first time, about 90 seconds later Hidden Valley’s Paige Sanchez lined up a direct free kick just outside the penalty box.

The junior forward drilled a crossing shot into the left side of the goal for her second score of the first half while the Warriors stood frozen.

Magna Vista never recovered and Hidden Valley left the Smith River Complex with a victory to hand the Warriors their first loss and end their season.

Sanchez’s goal was a major turning point in the game. The Titan said the official told her the ball was in play, but Magna Vista’s defenders obviously believed they had time to set up a protective wall.

“He told me that I could go whenever I wanted, and I saw an opening there and nobody was paying any attention,” Sanchez said. “I knew the more I waited, the more they were going to be set up.”

Magna Vista coach Wes Lewis disagreed with the call and eventually drew a red card, forcing his ejection from the field.

Lewis did not wish to address the matter after the game, but he was quick to praise Hidden Valley.

“It’s an unbelievable program at Hidden Valley, unbelievable,” Lewis told reporters after the game. “We played them a couple years ago and it was very obvious in that game that we weren’t there.

“They gave us the awakening we needed. Are we there yet? We’re not quite there.”

Magna Vista kept the game scoreless for 35 minutes before Sanchez struck from the left side to open the scoring.

With time ticking away in the half, Hidden Valley made it 3-0 on a rebound by Rissa Dragovich off the goalkeeper.

The Titans poured it on in the second half as midfielder Makayla Metzler scored twice, and Kayla Fedison and Emma Janes added one apiece.

Metzler, a Roanoke College signee, controlled the action at midfield for much of the game.

Magna Vista broke up the shutout with a last-minute goal on a 20-yard shot by Shanyah Spencer.

“It was a good game,” Carroll said. “Magna Vista’s got some good players. I knew it was going to be a difficult game. I watched some game film. I was impressed.”

The loss was the first for Magna Vista this season. The Warriors finish as Region 3D runners-up for the first time in school history, and end the season 12-1.

Countries that have never won an Olympic medal