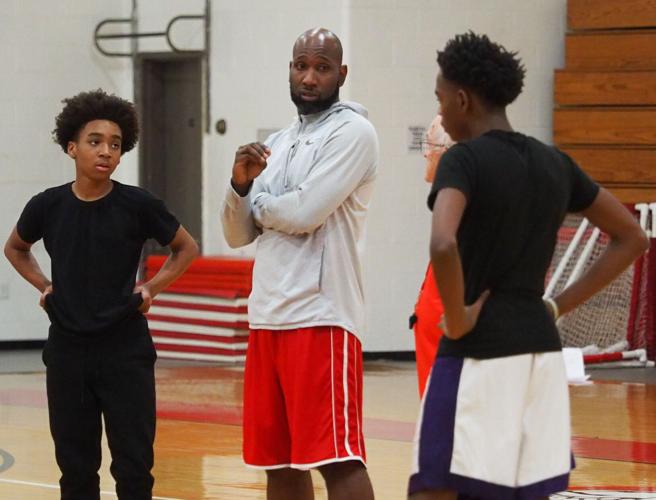 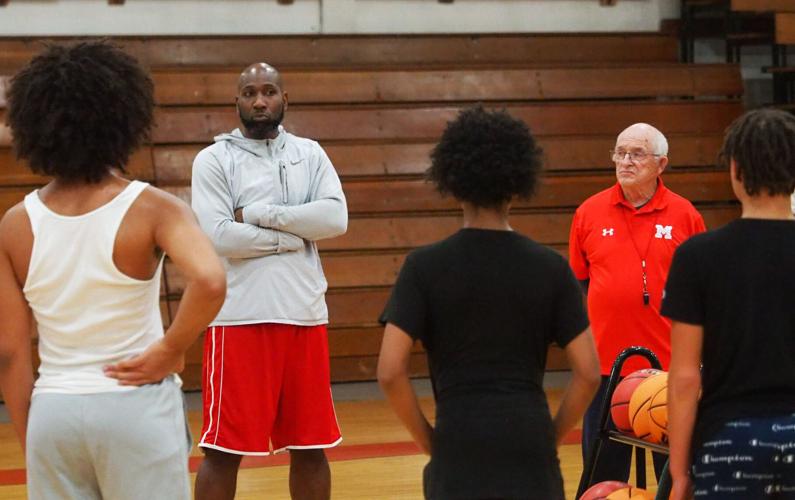 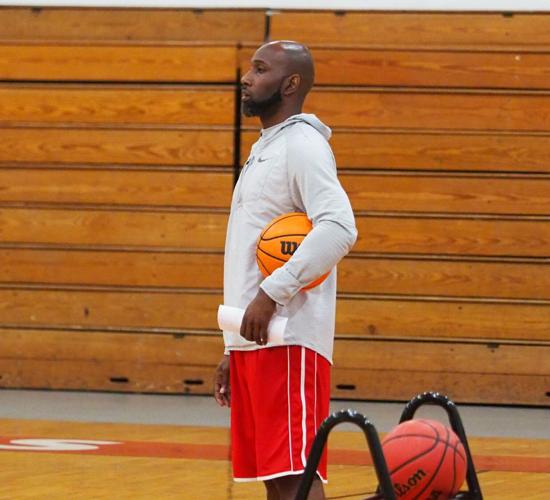 Louis Campbell was named the new boys basketball coach at Martinsville High School over the summer.

For the first time since in more than a decade, the Martinsville High School boys basketball team will have a new head coach on the sidelines this season.

The Bulldogs hired Louis Campbell in August to replace former coach Jeff Adkins, who was relieved of his coaching duties by the school last spring.

Campbell played professional basketball internationally in Germany, Japan, France, and Spain, and spent time coaching with the Chicago Bulls as a Player Development and Video Coordinator. He previously spent time as an assistant coach for the Patrick & Henry Community College men’s basketball team.

After losing the team’s top two scorers from last season – graduates Keyshawn Kirby and Spencer Jones – it will be an all new look Bulldogs squad at the Dog House this winter.

Campbell spoke to Bulletin this week about his approach to coaching a storied program, and what he’s seen from his players so far.

Martinsville Bulletin: This being your first year at Martinsville, what have you seen from the school and players?

Campbell: For me, it’s a little different from coaching professionals, but I think there’s definitely kids that you can mold into being solid players. Obviously, Martinsville has as rich history of basketball and football. I just want the kids to understand they’re not competing with that. They’re here to make their own legacy and do the right things. I want them all to really embrace that and try to do what they can.

What have you seen from your players in practice so far?

What’s your focus as a coach?

Campbell: Defense. I love defense. I think defense is a character in terms of being a fighter. I love boxing, so I kind of try to use that as an analogy in the difference between playing and competing. When you’re boxing out there it’s like you and that person, so you’re really trying to compete to not get beat up. When you’re out here on the floor it’s the same thing. I want these guys to really compete and fight.

What do you think will be your team’s strength on the court?

Campbell: Hopefully it’s going to be defense. I think defense is going to be a big strength of ours. And obviously transition, getting out in the transition game, trying to push the ball. I think at this level, being strategical in the half court set is very, very difficult for a high school team to do. We have the personnel to do it, but I think just getting out and letting them play in their role and elevating I think that’s the biggest thing, so I think that will be one of our big, big focal points.

Any players to watch?

Campbell: I don’t like to focus on players right now because at the end of the day it’s a team thing. There will be players who will break through and it will be evident, but right now I’m just trying to treat everybody the same and give everybody equal opportunity to showcase their talent.

Seeing what you’ve seen so far, what you are most excited about?

Campbell: Just youth, just getting them to understand that it’s not about putting the ball between your legs. It’s more than basketball. It’s about responsibility, it’s about keeping your grades up, and that’s what I’m most excited about, just instilling that into them. The basketball part is extra to me. Getting them to understand just how to be a good person, a good athlete, a student athlete. I think that’s the biggest thing for me. The fun part for me is instilling that in them. That’s part of the pushback, but I’m okay with that, I’m fine with that, because I’ve been there too. I was that age too. But the good thing is, the thing that I look at, I didn’t really have anybody to push me in that way, so hopefully I’m doing the right thing, the noble thing, in terms of showing them the way to go if they want to be an athlete.

Bassett quarterback Ja'Ricous Hairston announced on Tuesday his commitment to play football at Virginia Tech in the fall. The story has been updated with thoughts from Hairston.

This year, Ayla Gordon hopes to take her martial arts career to a new level.

The Bassett boys and girls basketball teams both defeated Patrick County on Tuesday. PLUS other hoops scores from around the area.

Basketball scores from around the area Friday night.

Bassett and Tunstall exchanged the lead 17 times and tied 10 on Friday night. In the end, the Bengals ran out of time to get the score back on their side in a 59-58 loss.

The Tunstall boys basketball team held off late charges from Magna Vista to defeat the Warriors on Tuesday in Dry Fork.

DANVILLE – G.W.-Danville had 11 different Eagles touch the scoring column in their dominating 58-25 win over Magna Vista, on Friday night, in …

A look at the updated Piedmont District boys basketball standings

Athlete of the Week: Carlisle freshman Ja'la Niblett playing with maturity beyond her years

Since returning from Christmas break, Carlisle freshman Ja’la Niblett is averaging 22 points per game. Niblett is this week's Bulletin Athlete of the Week.

IOC to allow Russian athletes to compete In 2024 Olympics

Louis Campbell was named the new boys basketball coach at Martinsville High School over the summer.