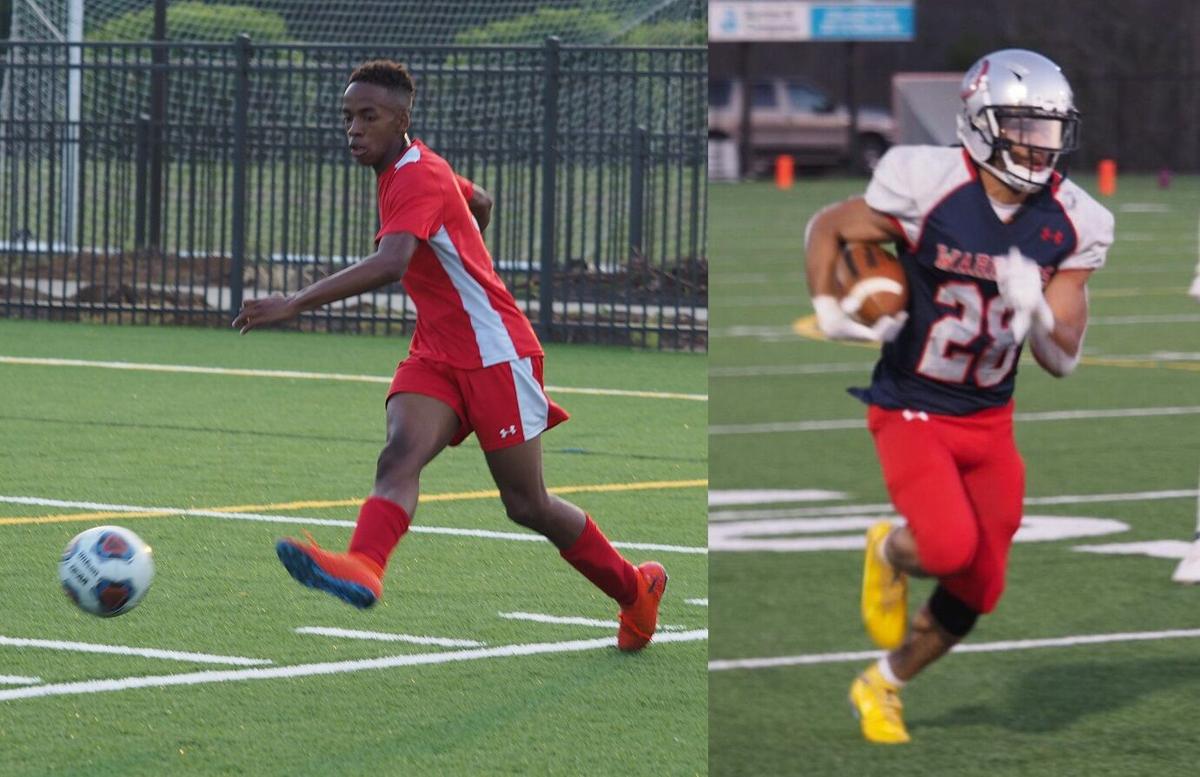 Martinsville’s Aaron Dalton (left) will play soccer at Emory and Henry, and Magna Vista’s Dekavis Preston (right) will play football at University of Charleston. The two signed their letters of intent this week. 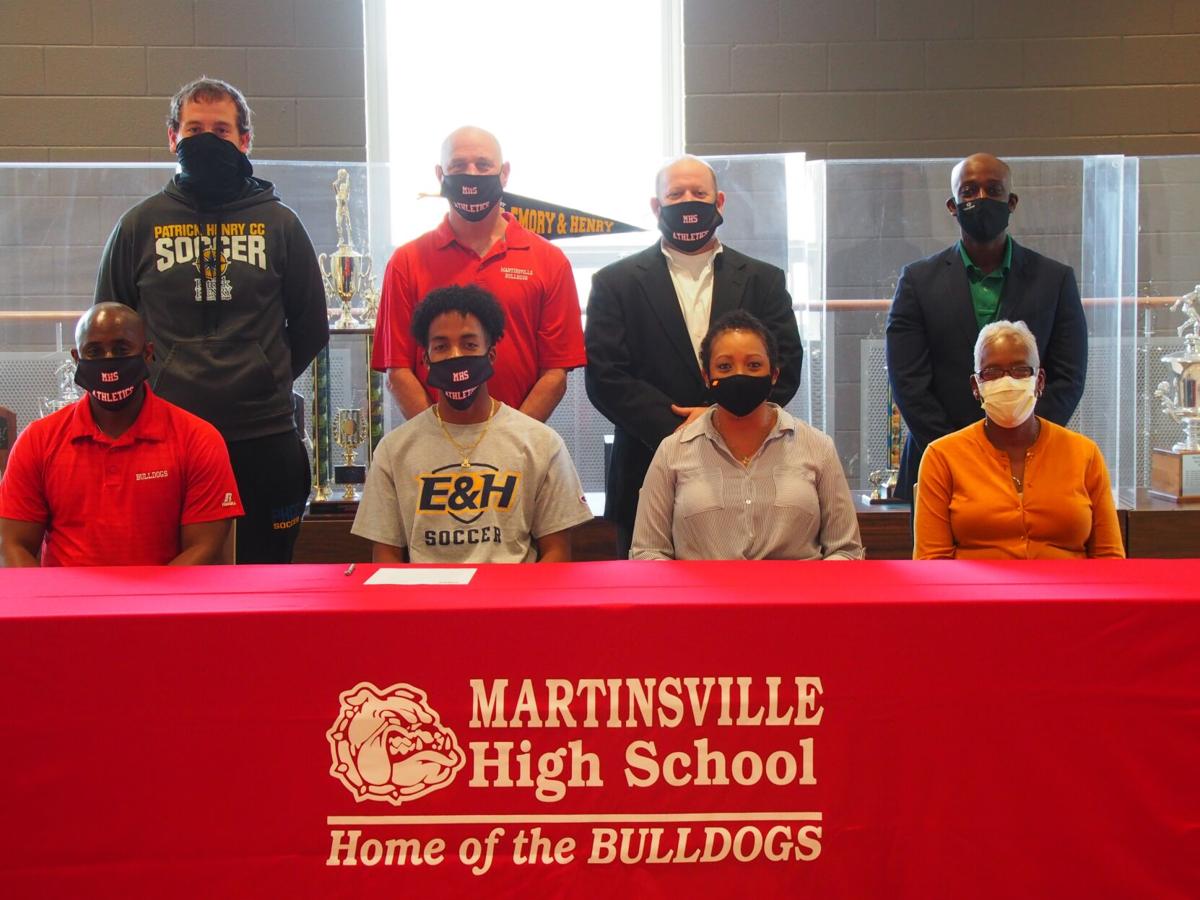 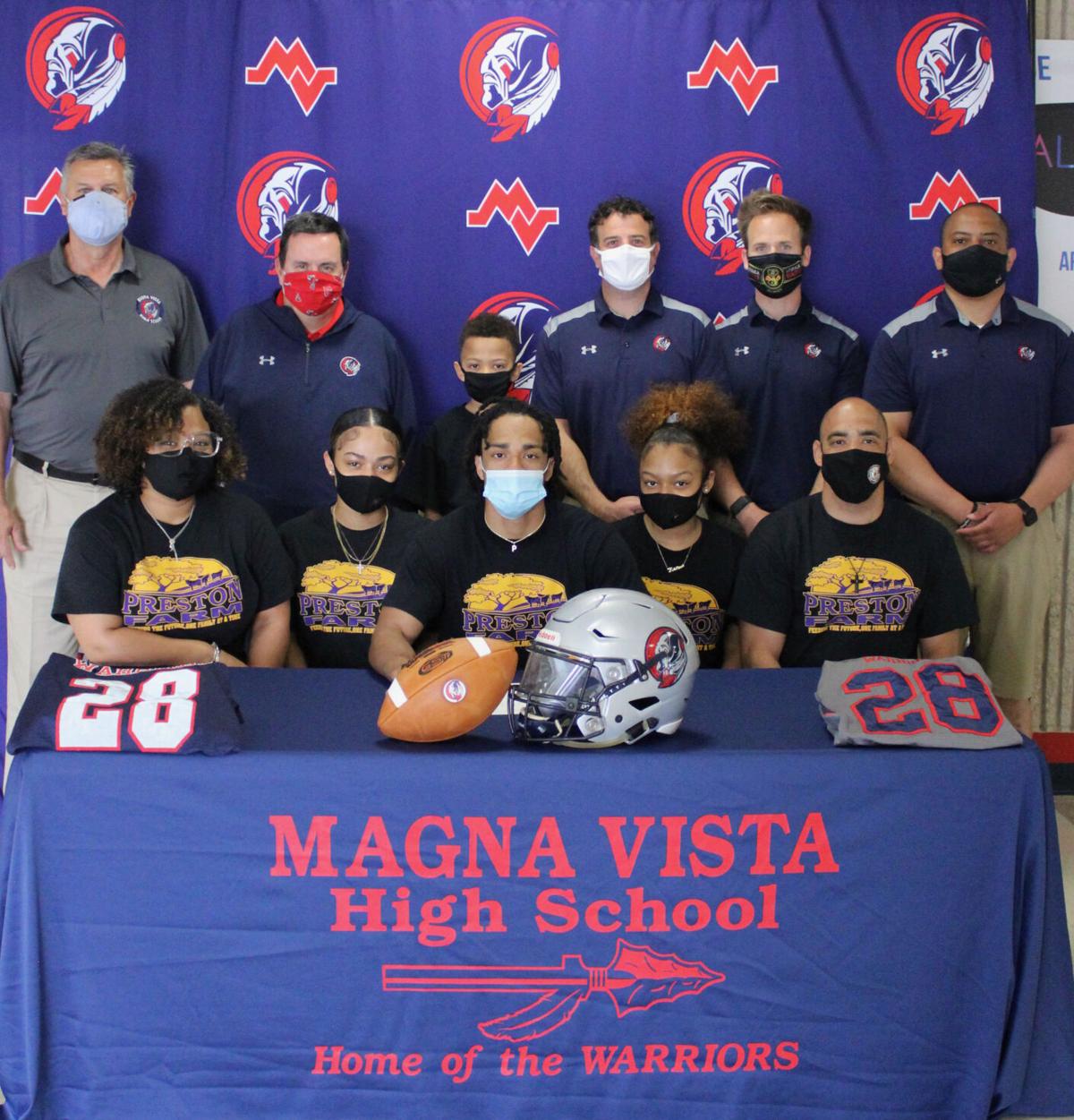 Dalton was named VHSL Class 2 First Team All-State and First Team All-Region 3D as a sophomore in 2019 and was part of the Bulldogs’ team that finished 21-1-2 and reached the state semifinals. The Bulldogs didn’t play last season and won’t play again this season because of the coronavirus pandemic.

E&H will move up to NCAA Division II this fall, which played a role in Dalton choosing the school.

“They’re an up-and-coming DII college and they’re starting over from scratch, and that’s somewhere I want to be. I don’t want to just be handed anything, I want to earn it,” Dalton said.

“It means everything. All my hard work, all my dedication, the grind. My family, my teammates, they all made this happen.”

Dalton was also a member of the indoor and outdoor track teams at Martinsville. He was part of a 4x200 meter relay team that won the Region 2C championship and finished sixth at the VHSL Class 2 Indoor Track State Championship in 2020. Dalton said he has had conversations with the track coaches at E&H about possibly joining that team as well.

Dalton said he fell in love with the E&H campus right away.

“It was basically my fit. Small classrooms, great scenery. It’s in the middle of nowhere but at the same time it just felt right,” he said.

Dalton thanked his coaches, including his dad, Ricky Dalton, who is an assistant at Martinsville, Martinsville boys soccer coach Pete Scouras, and his Piedmont Youth Soccer League travel team coach Brennan Murphy, who were all in attendance at Monday’s signing.

“They made me who I am today. They shaped me into the man I am right now,” Dalton said. “I see them all as a key role in my life and I hope I stay with them and learn from them, even now after I go to college.”

to CharlestonMagna Vista High School senior Dekavis Preston also signed his letter of intent Monday to continue his football career at NCAA Division II University of Charleston, in West Virginia, in the fall.

Preston, a running back and kick returner, initially committed to Charleston during his junior year, a season in which he was named First Team All-Region 3D as a punt returner.

“First and foremost, I want to thank God for allowing me to play the sport I love and allowing me to perform good enough to be able to go to college,” Preston said at Monday’s signing.

“The reason I chose the school is because it is a good football program, it has my major, and I feel like I could go there and succeed not only in football but in life and it would be a great opportunity to play at the next level and fulfill my dreams of playing collegiate football,” Preston said.

“He’s an extremely hard working kid,” said Magna Vista coach Joe Favero. “He came in as a freshman and has worked as hard as any player we’ve had. He’s dedicated himself in the weight room to become stronger and he spends a lot of time watching film and making sure he’s in the best position he can be to be successful. I know he’s going to have a successful career in college and I’m excited for him to go up to Charleston.”

Martinsville’s Aaron Dalton (left) will play soccer at Emory and Henry, and Magna Vista’s Dekavis Preston (right) will play football at University of Charleston. The two signed their letters of intent this week.