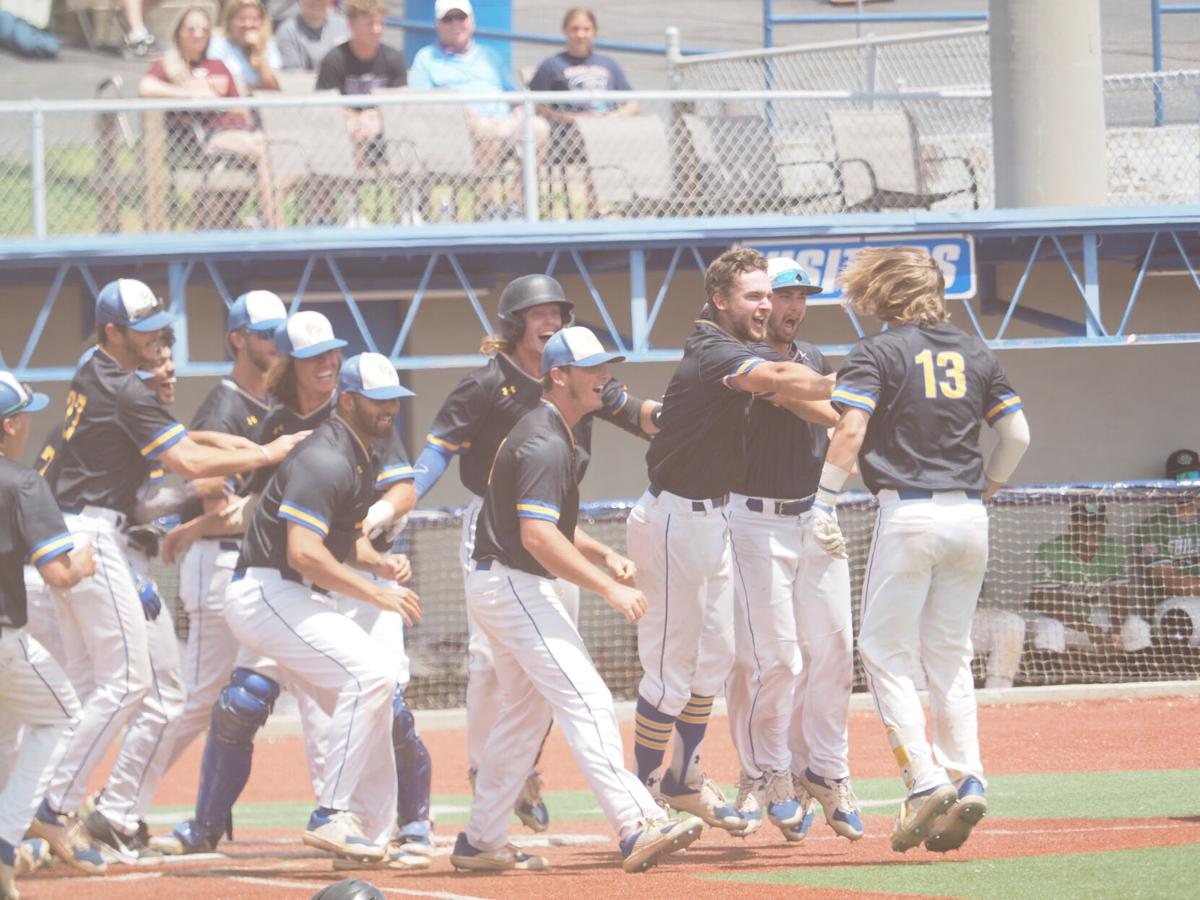 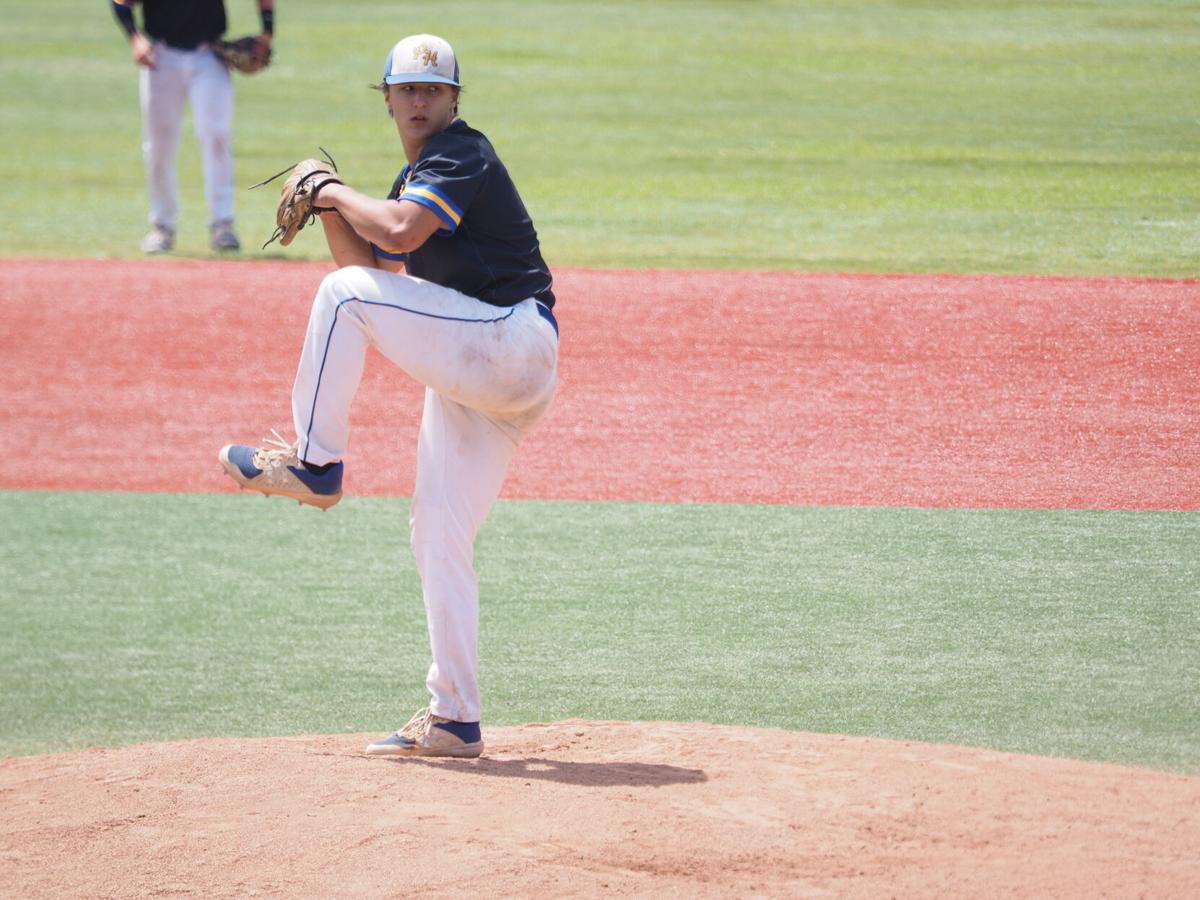 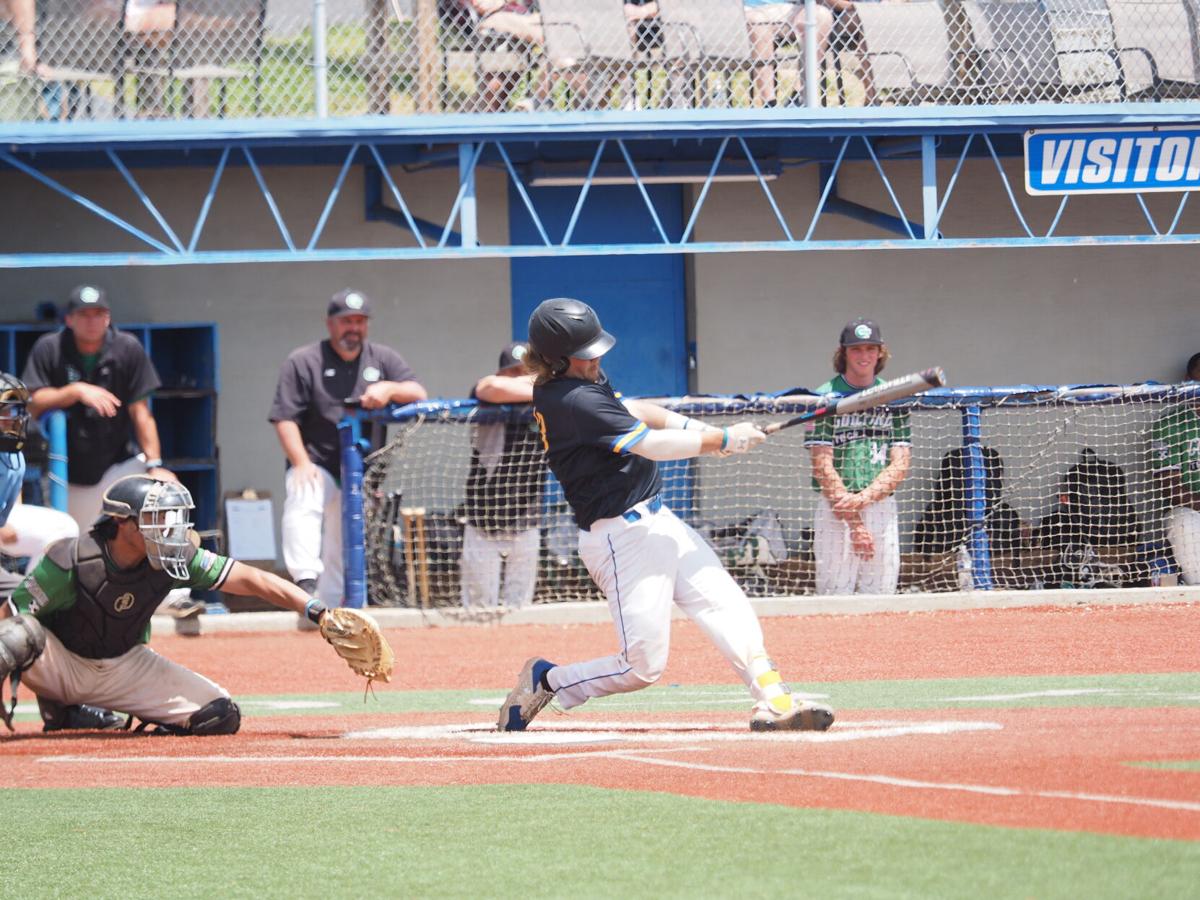 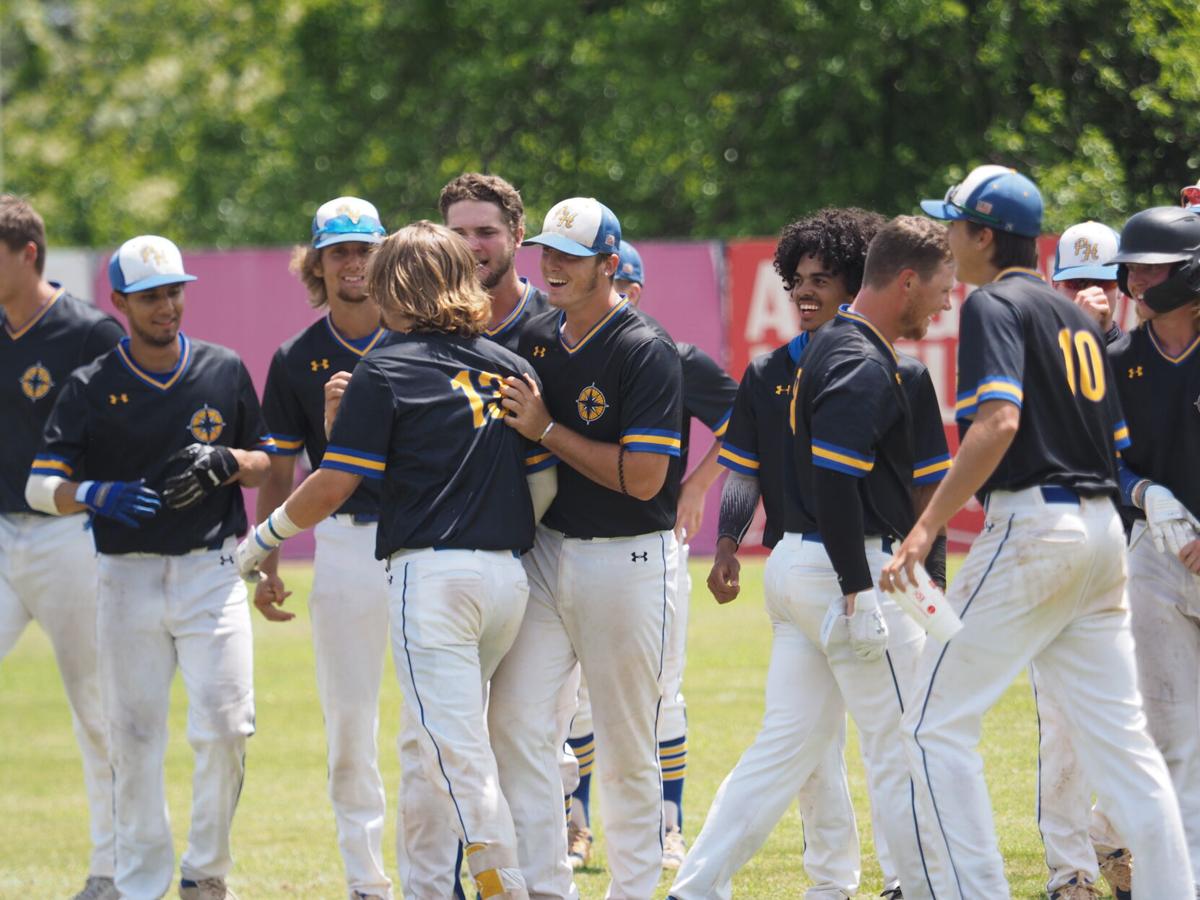 The Patrick Henry Community College baseball team swept their way through their final homestand this weekend. After winning both ends of Saturday’s doubleheader against Guilford Tech 13-4 and 4-0, the Patriots completed the sweep on Sunday with a 10-0 win over the Titans in Game 3.

The Patriots won in walk-off fashion, with Hunter Steel (Woodbridge HS) hitting a 2-run homerun in the bottom of the sixth to instantly end the game via mercy rule.

The shutout increased the team’s scoreless streak to 19 innings. Spencer Rife (Randolph Macon) threw a complete game 2-hitter for PHCC with three strikeouts and no walks.

The late innings home run was the second of the game for Steele, who finished the day with four RBIs. Shyhiem Pannell (Concord) added a double and a run, and Graham Dalton (Chatham HS) had a bases clearing double in the sixth.

“It was really just three team wins there,” PHCC coach Cody Ellis said after Sunday’s series finale win. “Our pitching staff did a phenomenal job… and we put up our normal amount of runs, so it just takes the pressure off of our defense and off our pitching staff. It’s just an awesome team win.”

“It was awesome. We talked about it as a coaching staff. We took care of business at home,” Ellis said. “It’s been awesome to send these guys who have been here for two or three years out on a positive note and a positive feeling being at home.”

Tristan McAlister (U. Charleston) broke the school’s single season stolen base record after stealing his 39th base on Saturday. McAlister was ranked first in Region X and second the NJCAA in stolen bases as of Saturday.

Harper’s 11th home run of the season was also a single season record, and he has since added a 12th home run to his season total.

Brandon Cleveland (Potomac HS) last month broke the PHCC career stolen bases record when he picked up his 68th career steal. He’s since added three more steals for 31 on the season, seventh most in the nation.

PHCC pitcher Magnus Ellerts (Woodbridge HS) currently leads NJCAA with 95 strikeouts. Ellerts has 11 starts for the Patriots this season. He’s 6-1 with a 3.02 ERA.

PostseasonAfter losing six games in a row through the middle of April, the Patriots have bounced back with four wins in their last five games, riding a wave of momentum into the final series and postseason.

“That’s what we kind of talked about. We didn’t want to peak too early and we certainly didn’t by the last two weeks. We wanted to get hot at the right time and this is a step forward to that,” Ellis said.

PHCC will finish the regular season with a final series at Fayatteville Tech this weekend. They’ll play on Saturday at 1 p.m. and Sunday at noon.

PHCC will be the No. 2 seed in the upcoming Region X tournament. The region tournament will take play on May 14-18 at Burlington Athletic Stadium in Burlington, N.C.

Playing a best of three series for a spot in the second round of the Region X tournament Tuesday, the Patrick Henry Community College softball…

Area Scores for Monday, May 10

Scores from around the area on Monday, including Bassett baseball and Patrick County softball wins.

Area scores for Friday, May 14

Scores from both Patrick Henry Community College baseball and softball postseason tournaments, plus high school scores from around the area Friday night.

Area scores from Tuesday, May 11

Magna Vista girls and boys soccer both picked up wins against Tunstall Tuesday, and other Magna Vista scores from last night.

Area scores for Friday, May 7

Scores from around the area Friday night, including a Magna Vista soccer sweep of Bassett.