Practice Makes Perfect: Bassett's Adam Martin making the most of his time in the pool this season
0 comments
Share this
{{featured_button_text}}
1 of 4 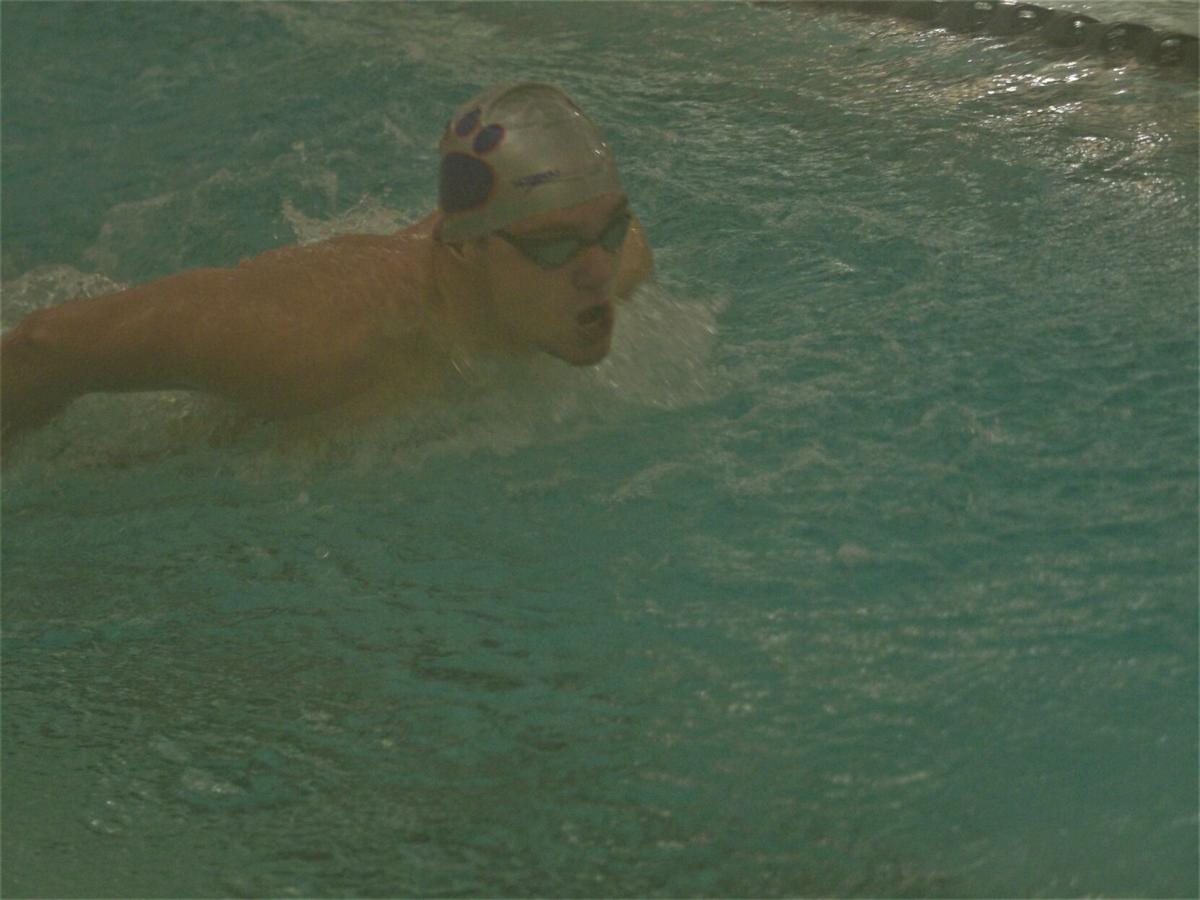 Bassett High School senior Adam Martin will swim in the 200 IM and the 100 breaststroke at the VHSL Class 3 state championship on February 25 in Christiansburg. 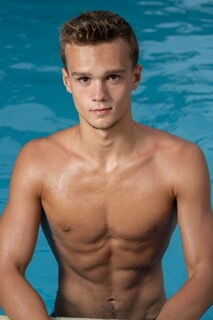 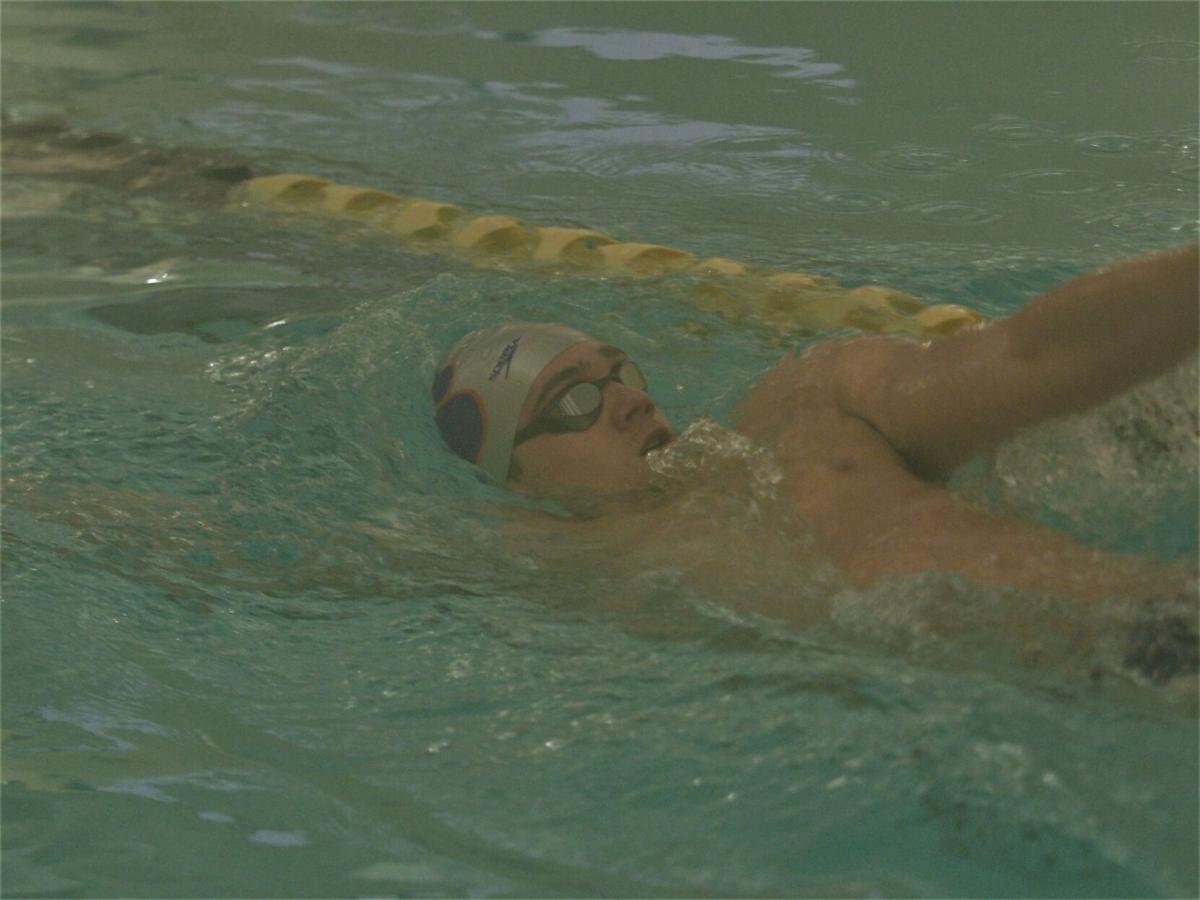 Bassett High School senior Adam Martin will swim in the 200 IM and the 100 butterfly at the VHSL Class 3 state championship on February 25 in Christiansburg. 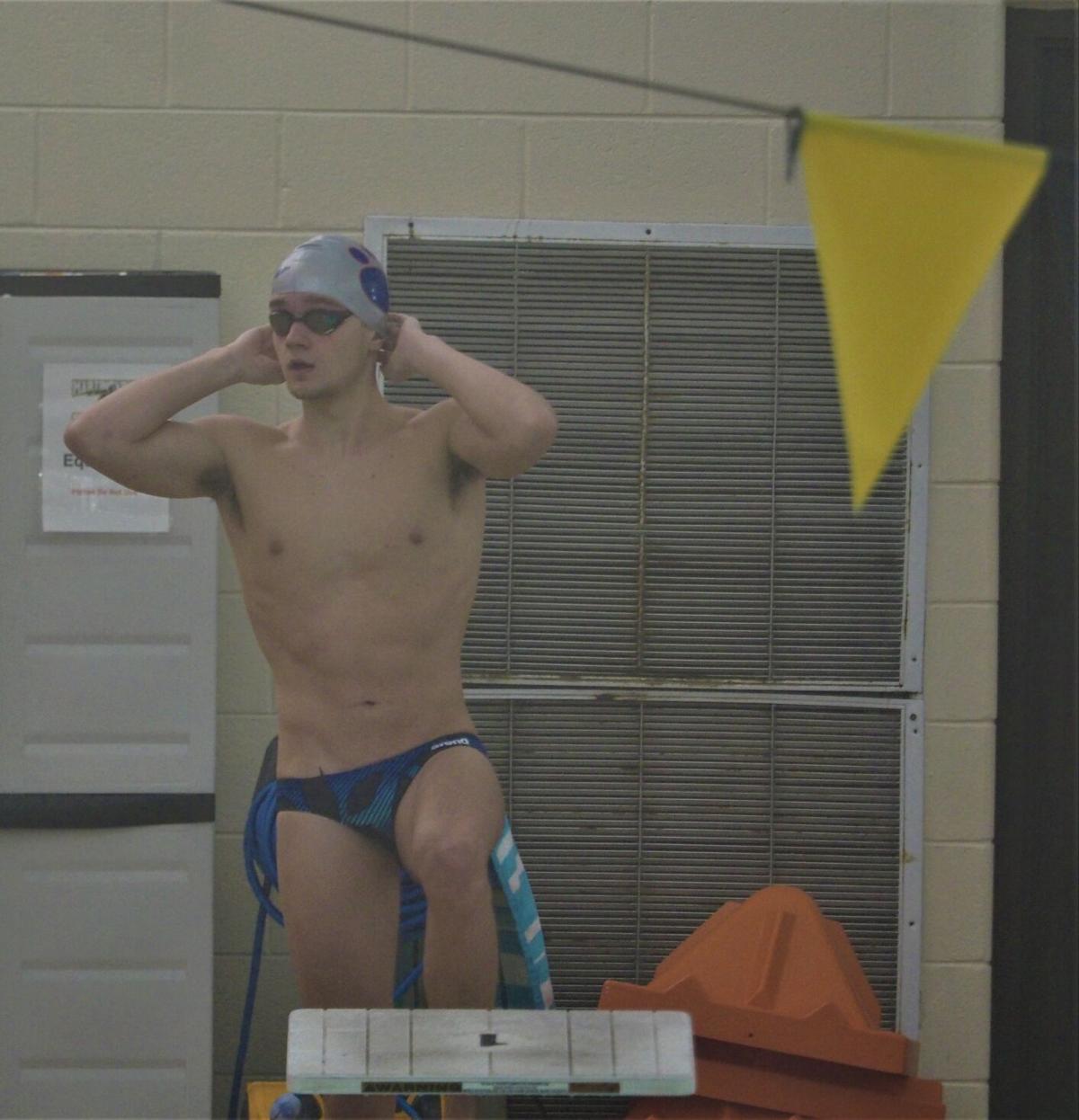 Bassett senior Adam Martin listens to instructions from his coach during a practice last week at the Martinsville YMCA.

With no races under his belt prior to this season’s region swimming championships, Bassett senior Adam Martin had no idea what to expect when he got to the starting blocks.

By the time his races were over there was no doubt Martin was at the top of his game.

At the Region 3D Championship at Christiansburg Aquatic Center on January 30, Martin won the boys 200-yard IM with a time of 1:55.23, and finished second in the boys 100-yard butterfly with a time of 52.38, more than a full second faster than third place.

Delays due to the coronavirus pandemic made it so Bassett wasn’t able to swim in any regular season meets this winter. But even though he couldn’t compete, Martin was still in the pool.

He was in the pool a lot.

Martin swims for the Virginia Gators, a competitive club team based in Roanoke. The team will often have practices at 5:30 a.m. and again after school. Martin’s mom estimates her son is on the road back and forth on 220 as much as 16 hours a week, and in the pool 17 hours.

The Gators will typically swim in meets up and down the east coast, as far north as Pittsburgh and as far south as Florida. Like Bassett, though, their season was also cut way down by the virus.

Martin was getting a regular practice schedule in with both the Gators and Bengals, but still wasn’t sure what to expect for his first 2021 race.

“It was a lot different because you didn’t really know what you were walking into,” Martins said this week of the region meet.

“I felt good. It was just exciting to race for the first time this season. I’m just glad I got to race. I prepared for it like I usually do and the results were pretty good.”

Martin began swimming when he was seven years old. He started at the Martinsville YMCA and swam with his uncle, who at the time had had back surgery and was told by his doctors swimming would be a good way to get his strength back.

Martin took to the sport early, and began swimming competitively when he was around nine.

He joined the Gators early in high school, and would make the drives up to Roanoke with fellow Bengal Hunter Cassady, who is now swimming at Virginia Tech.

When Cassady graduated from Bassett in 2019, Martin was on his own for the hour drive twice a day.

For a sport he loves, though, it’s been worth it.

“I just like racing. Just the competitiveness of it,” Martin said. “I didn’t like losing a lot.”

Even though swimming is in is blood, all the practices without competition became a source of frustration at times.

That’s what made his success at regions such a surprise. Last month’s region championship was Martin’s first as a Bengal.

“We swam a lot and you didn’t really get to see how fast you’ve gotten or get to see what all your work resulted in,” Martin said.

“I was pretty shocked. I wasn’t expecting to swim like that. I wasn’t really rested up for it.”

Unlike regions, Martin is feeling good heading into the VHSL Class 3 championship. At the state swim meet last season, Martin came away with two top-10 finishes—sixth in the 100 breaststroke and seventh in the 200 IM. He’d like to improve on that in 2021.

There are some nerves and pressure, though, to perform well in his final high school race.

“I think I’m more nervous this year than in other years because I don’t really know how other peoples’ times compare to mine because we haven’t really had a season,” he said.

“Leading up to the race I get kind of nervous but during warmups and once I start racing I calm down and just swim.”

The state meet was supposed to take place on Sunday in Christiansburg, but the Virginia High School League delayed it until February 25 due to projected winter weather over the weekend.

Martin is used to having to wait this season, and when he does get to compete he knows his training will have paid off. It already has so far.

A look at local high school football games this weekend.

Bassett High School senior Adam Martin will swim in the 200 IM and the 100 breaststroke at the VHSL Class 3 state championship on February 25 in Christiansburg.

Bassett High School senior Adam Martin will swim in the 200 IM and the 100 butterfly at the VHSL Class 3 state championship on February 25 in Christiansburg.

Bassett senior Adam Martin listens to instructions from his coach during a practice last week at the Martinsville YMCA.