Martinsville City Schools Superintendent Zeb Talley has seen a lot of incredible dunks in his decades of coaching basketball. But there was one monstrous dunk he saw in 1980 that will always stay with him.

At the time, Tunstall High School had a player named Warren Martin, who was nearly 7-feet tall and would go on to play basketball at UNC Chapel Hill.

Martinsville High School had a player of its own, Garry Dalton, who trailed Martin by about eight inches, but had no fear going toe-to-toe with him under the basket.

“Garry Dalton went up against him (Martin) and went behind the backboard and reached over and dunked on him,” Talley said. “I’ve never see anything like it. He was so high in the air, he switched hands in the air and reached back over, around the backboard with his other hand, and slammed the ball on that 7-footer

“It was just unreal. It was a Kodak moment… The place just went wild.”

Dalton was remembered by friends and family this week as one of the most athletic basketball players to ever put on a Martinsville High School jersey. But despite his athleticism and propensity for crowd-roaring dunks, Dalton was a “gentle giant” off the court. A quiet, humble player and person.

Dalton passed away last Saturday at his home in Martinsville. He was 58 years old.

The former Bulldog graduated from Martinsville in 1981 as a two-time state basketball champion. He was named All-State as a senior, was co-MVP and co-captain of the Bulldogs his senior year, and played in the Virginia East/West All-Star game, where he led the West team in scoring and rebounds.

“We as his family used to say he was the MVP of the West,” Dalton’s brother, Bobby, said. “But the East won the game so their player was the MVP.”

Dalton went on to play basketball at Virginia Union University in Richmond for three years, where he was teammates with former New York Knicks star Charles Oakley.

Dalton returned to Martinsville in the late 1980s, and spent the last dozen years of his life working as a caretaker for his parents.

At the end of practices at Martinsville, Bulldogs head coach Mel Cartwright would throw balls against the backboard for Dalton to practice his dunks. Talley’s eight grade players would stick around to watch.

“He was just phenomenal. He had one of the biggest vertical leaps I’ve ever seen,” said Talley, who was also a neighbor and family friend of the Daltons.

“If you gave him a step that was it. He would swoop by you and dunk it and go,” said former Martinsville teammate Nate Hairston. “We used to have some physical practices back in the day. We would tell him, ‘You’re not going to dunk on us.’… I mean we’d grab his shorts, we’d pull him down, we’d untie his shoes, we’d pull his arm. Anything we could do to keep him from going up and dunking on us.”

“Gary was the first person I saw dunk two basketballs at the same time,” Bobby Dalton said. “He was the person that was doing the 360 dunk. You could see how high he could jump. Gary just loved playing the game. Of course he wanted to win but he loved being around his teammates.”

As a basketball player Dalton was known around Virginia as more than just a dunk champion. He was an all-around player.

“Dave Robbins was the head basketball coach at Virginia Union. When he recruited Gary he shared with my dad, ‘I can recruit anybody who can score, but Gary, he has an all-around game,’” Bobby Dalton said. “He played defense well, he could rebound well, he could score well and the best part about him, he was a team player. He was unselfish.”

The unselfish play came from Dalton’s humble demeanor. He was described by friends as family as soft-spoken, respectful, easy-going, and always there to help anyone who needed it.

“People have reached out to talk about just how good a basketball player he was, but he was a much, much better person. He loved so many people,” Bobby Dalton said. “All the accolades he received from basketball… There’s so many people that just saw him and had no idea what he accomplished… Most of us we want people to know. We would wear our badges around our necks so people could see, ‘Hey I did this, I did that.’ And Garry wasn’t that.”

Family called Dalton a “staunch Bulldog” who was always decked out in Martinsville gear. He was also a Las Vegas Raiders fan, and was excited to register and vote in the upcoming election.

The Daltons were described as a tight-knit, extremely athletic family, and Dalton would often be seen at his nieces and nephews games.

In a family full of athletes, Dalton stood out among the pack.

“Those big guys back in the day, he outplayed them on a regular basis,” Hairston said. “But he didn’t ever have a lot to say. He’d dunk it and smile and keep on going… All his talking he did with his play.”

“He was a gentle giant, a quiet guy,” Talley said. “People loved him, teachers loved him. Unassuming… and people just loved him. A humble guy, but a great, great athlete.” 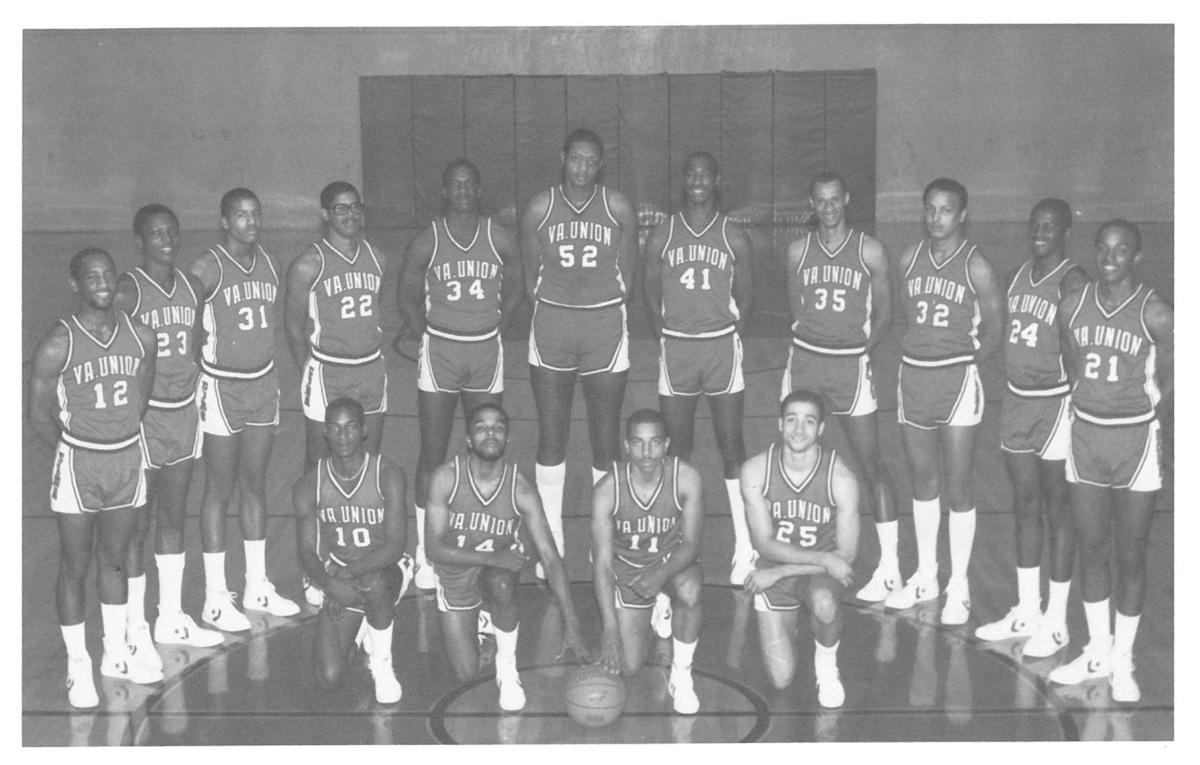 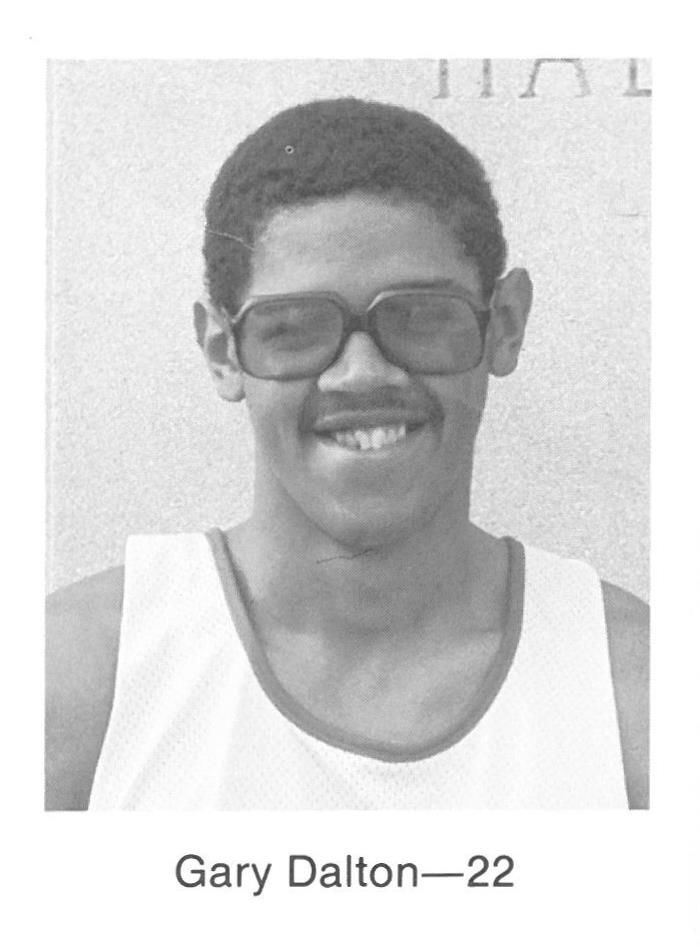 Garry Dalton won two state championships as a member of the Martinsville High School basketball team. Dalton passed away on Saturday at 58.