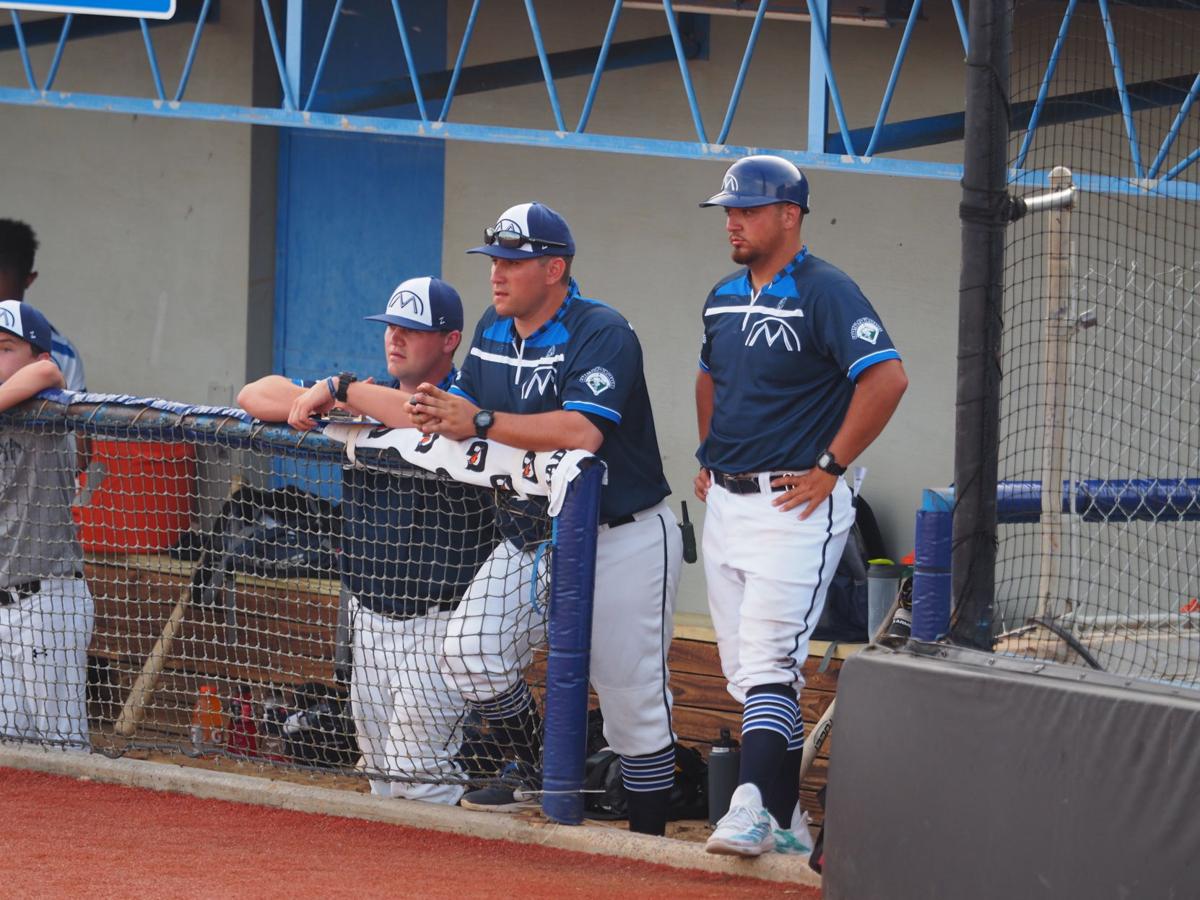 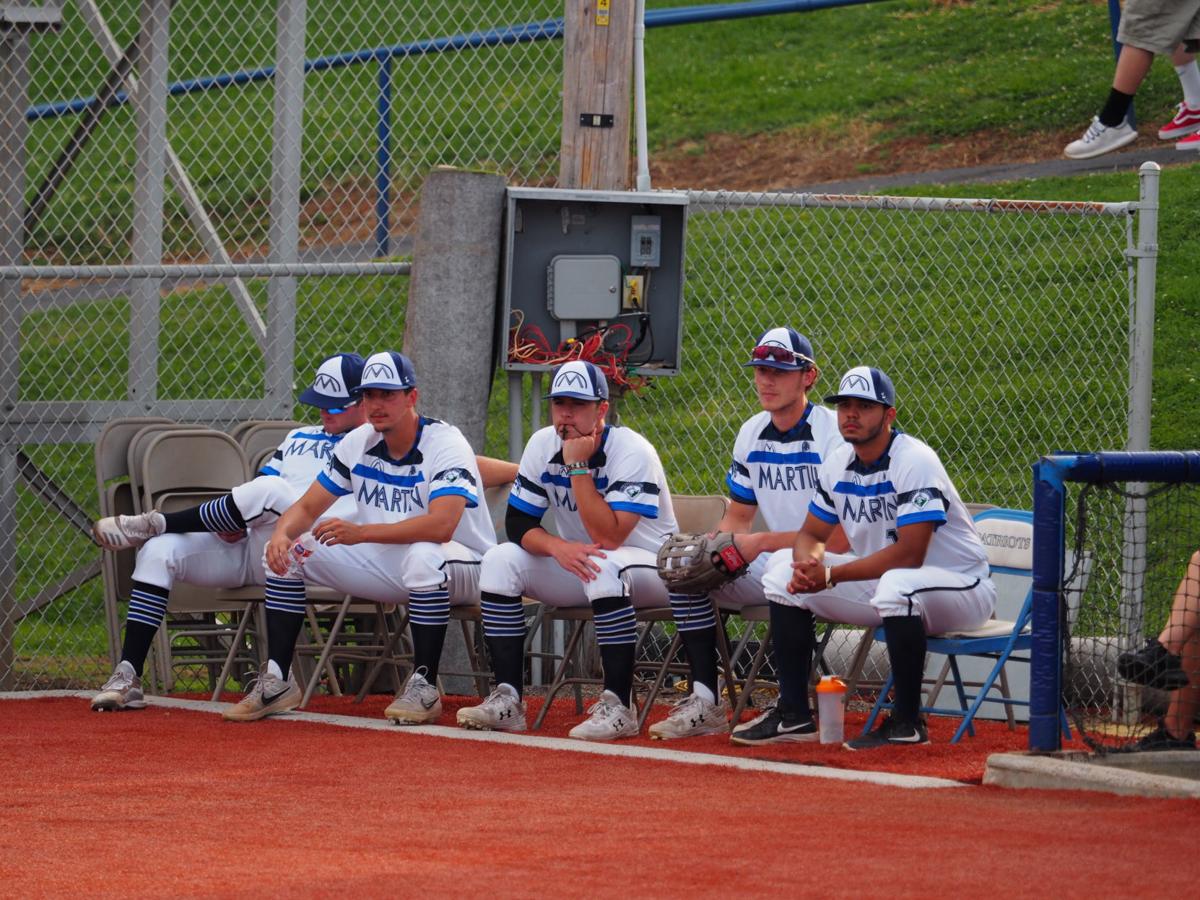 The Martinsville Mustangs had a solid start to their season, going 3-2 in five exhibition games as they prepare for the season opener tonight against the HiToms at Hooker Field.

Most impressive in those five games were the Mustangs’ bats. Martinsville scored 54 runs, included 22 against the Statesville Owls on Saturday, and had 55 hits as a team.

Martinsville finished the exhibition slate on Monday with an 11-4 loss to the Guilford Lumberkings, a game in which they had 14 hits as a team.

“It was good. We got better a lot from the first game to today, I thought,” Martinsville head coach Jake Marinelli said Monday night.

Marinelli said before the exhibitions began he was going to limit his pitchers early, especially given most haven’t played in a game in three months since the college season was shut down due to the coronavirus pandemic. While the Mustangs’s pitching staff struggled at times, allowing 39 total runs, 32 earned, across all the exhibitions, those struggles were to be expected and Marinelli said he saw positive signs on the mound.

“Trying to limit those guys and they did a phenomenal job,” Marinelli said of his pitchers. “I’m really proud of them.”

With players coming from all over the country and getting just a week to meet and get to know each other before beginning to play games, Marinelli said the team wasted no time gelling and building chemistry. He’s especially seen that chemistry with his pitchers and catchers.

“They’re fantastic. Always playing music in the locker room, they go out to eat with each other. They’re a good team and they’ve gelled really quick so I can’t wait to get the next 40-something games with them,” he said.

“The catchers are doing great. We have three good ones and they’re always eager to get in the bullpen and catch. These pitchers are doing a great job making these catchers’ lives a little easier. I’m really happy with the most important part coming together.”

Marinelli said there are a few more players who will be joining the team for the season opener.

Martinsville will play 21 of its 31 games against Coastal Plain League teams, but team president Greg Suire said the other 10 non-conference games will certainly not be against slouch opponents. With college summer league teams across the country forced to cancel their seasons, and several teams in the CPL also opting to not play this summer, the talent across the country will be more spread out.

Playing five games in five days after a 3-month layoff brought on extra fatigue for the players, something Marinelli could tell by the fifth exhibition. After a 4-3 win on Friday, brought on by a walk-off single by Bassett and PHCC graduate Christian Easley, the Mustangs’ manager saw his team hit its stride in the third and fourth games – a big 22-10 win over Statesville and a 14-11 loss to the Catawba Valley Stars, a game Martinsville led 11-4 going into the ninth inning.

Marinelli welcomed the two days off before Thursday’s opener.

“Especially after a long layoff, they’ll get their legs back under them and be ready to go Thursday,” he said.

The Martinsville Mustangs youth development program will begin workouts this week with high hopes for the future of baseball in Martinsville and Henry County.

Playing summer ball can be incongruous for student-athletes. For many, it’s a time where they’re away from their usual surroundings and around…

Get to Know the Mustangs: Great start leads to great season for Matt Goodheart

The legend of Matt Goodheart started just a few hours after he got to Martinsville.

The Martinsville Mustangs will hold workouts for local youth baseball players next week.

This Week with the Mustangs: Martinsville bounces back with win Saturday

The Martinsville Mustangs got back in the win column in a big way Saturday night.

Get to Know the Martinsville Mustangs: Brady Slavens making the most of his first time on the East Coast

Brady Slavens grew up in Kansas City, and his mom is from the West Coast. So it was the opposite side of the country where he and his family w…

This week with the Martinsville Mustangs: Hot bats lead to big run potential