These 8 charts show you how, where COVID-19 is spreading right now

The Bulldogs' Big Week: Martinsville boys basketball finishes 4-0 in grueling six day stretch
0 comments
Share this
Only $5 for 5 months
1 of 4 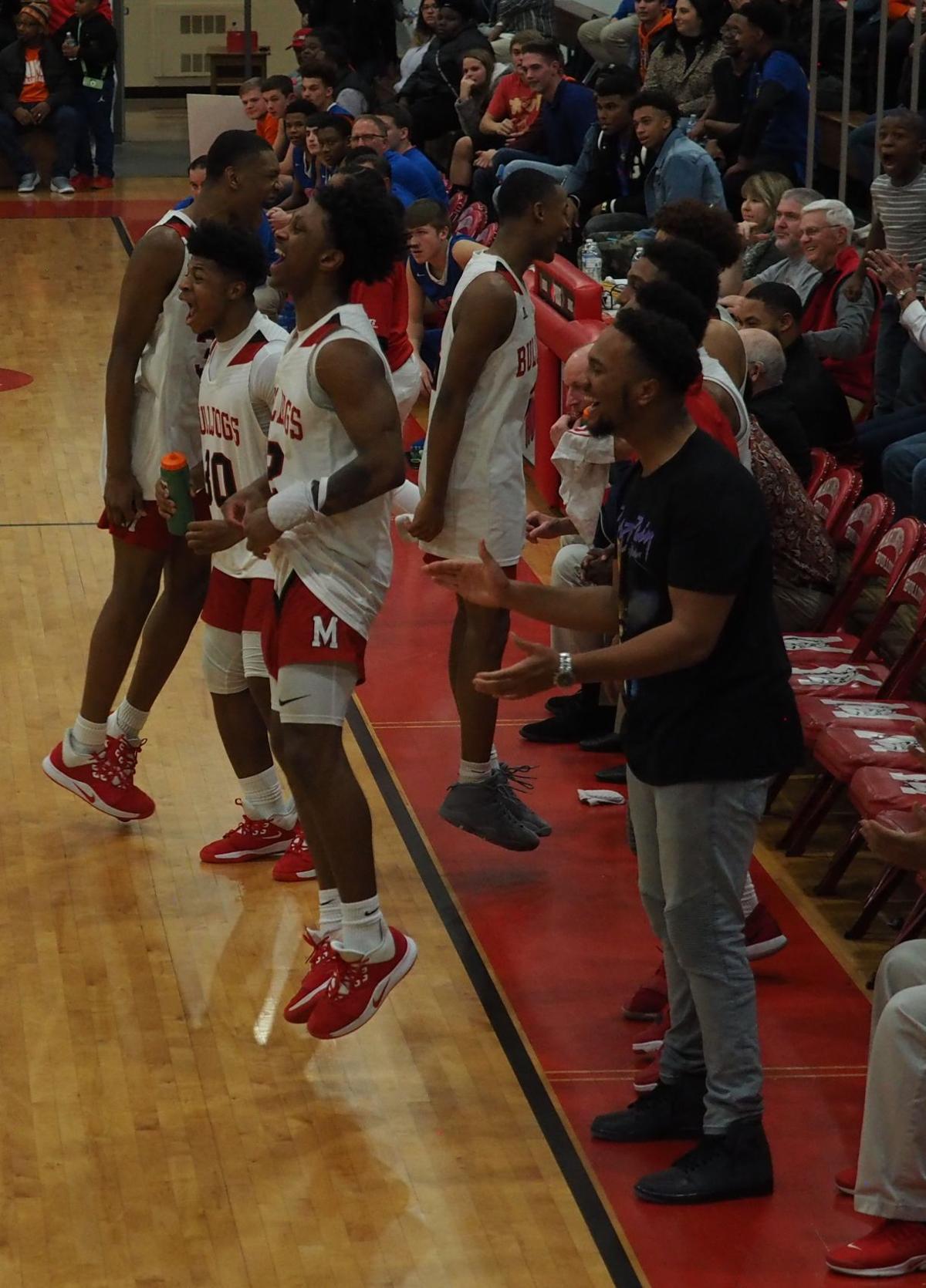 Martinsville players celebrate during Friday's win over Bassett at home. 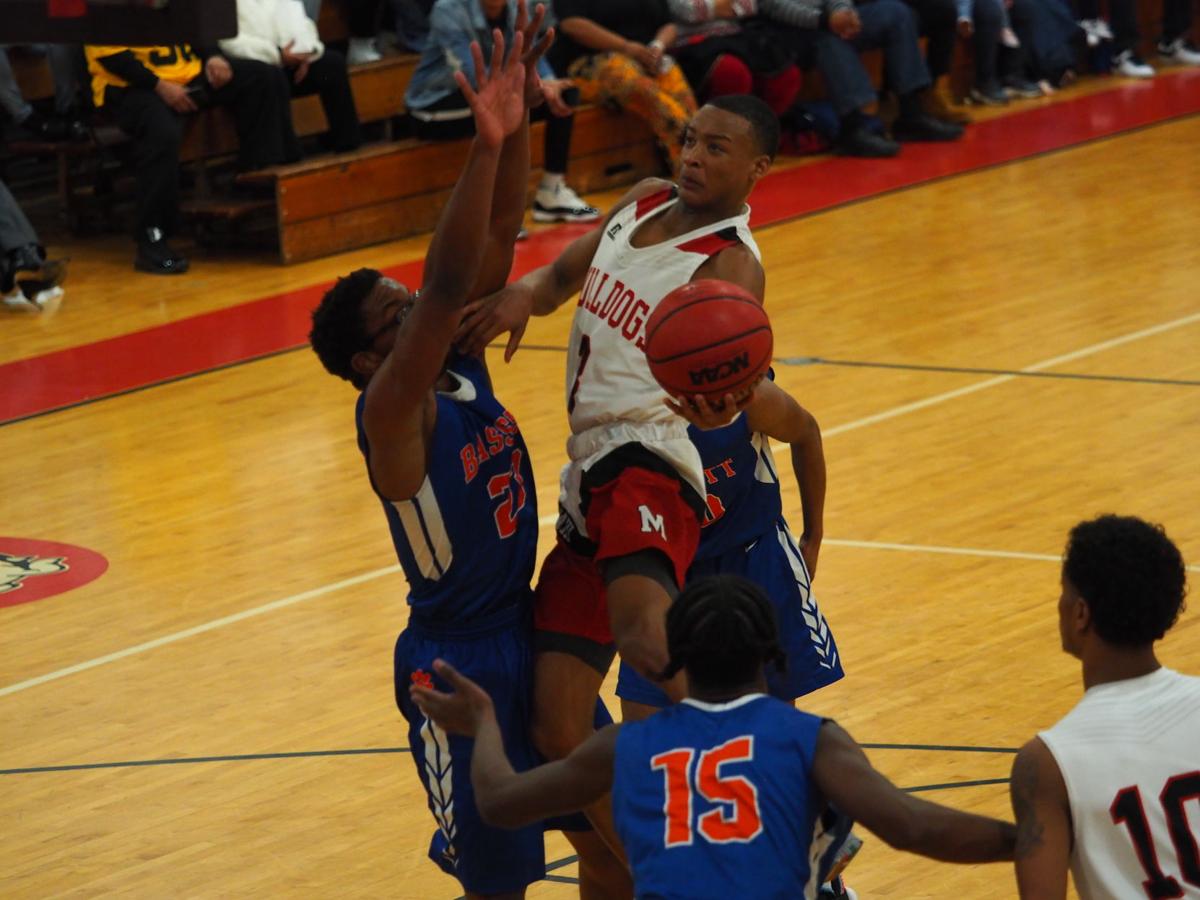 Troy Brandon (3) goes up for a layup during Friday's win over Bassett at Martinsville Middle School. 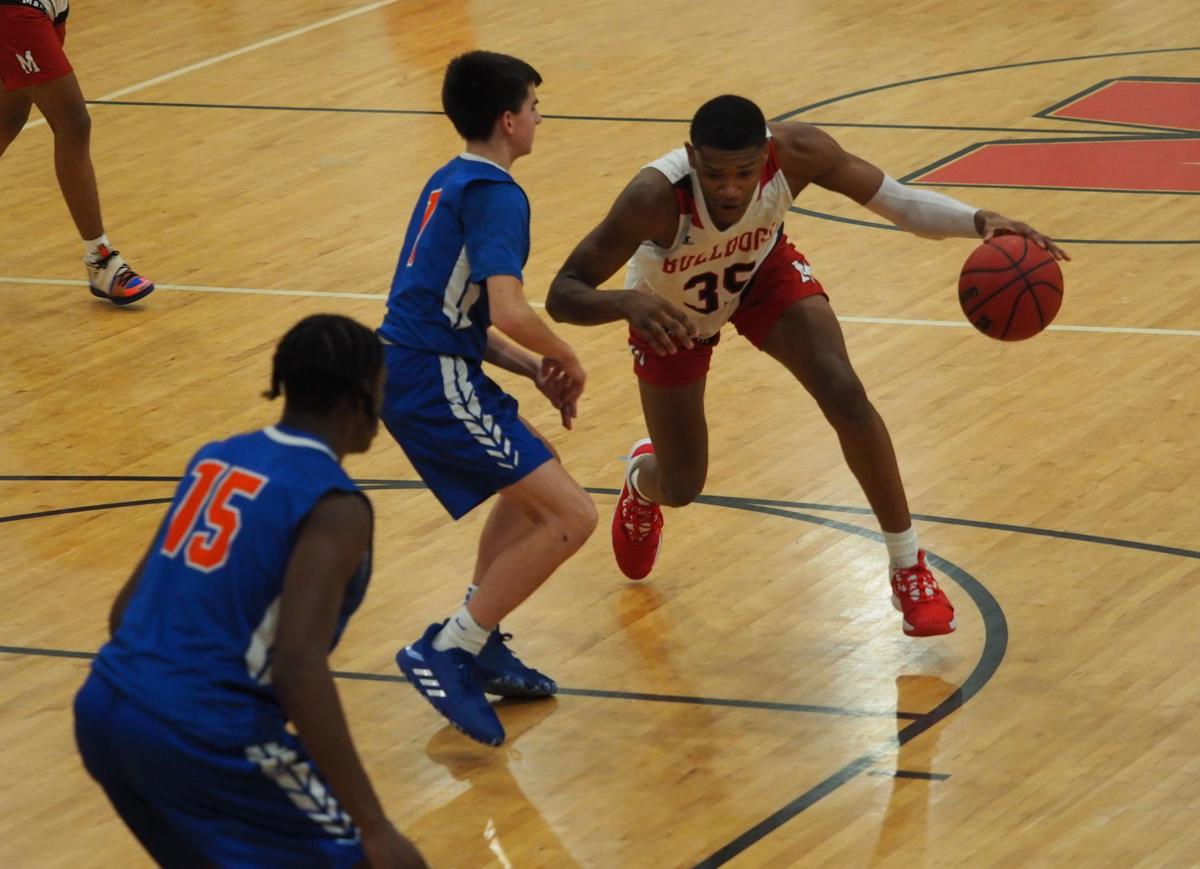 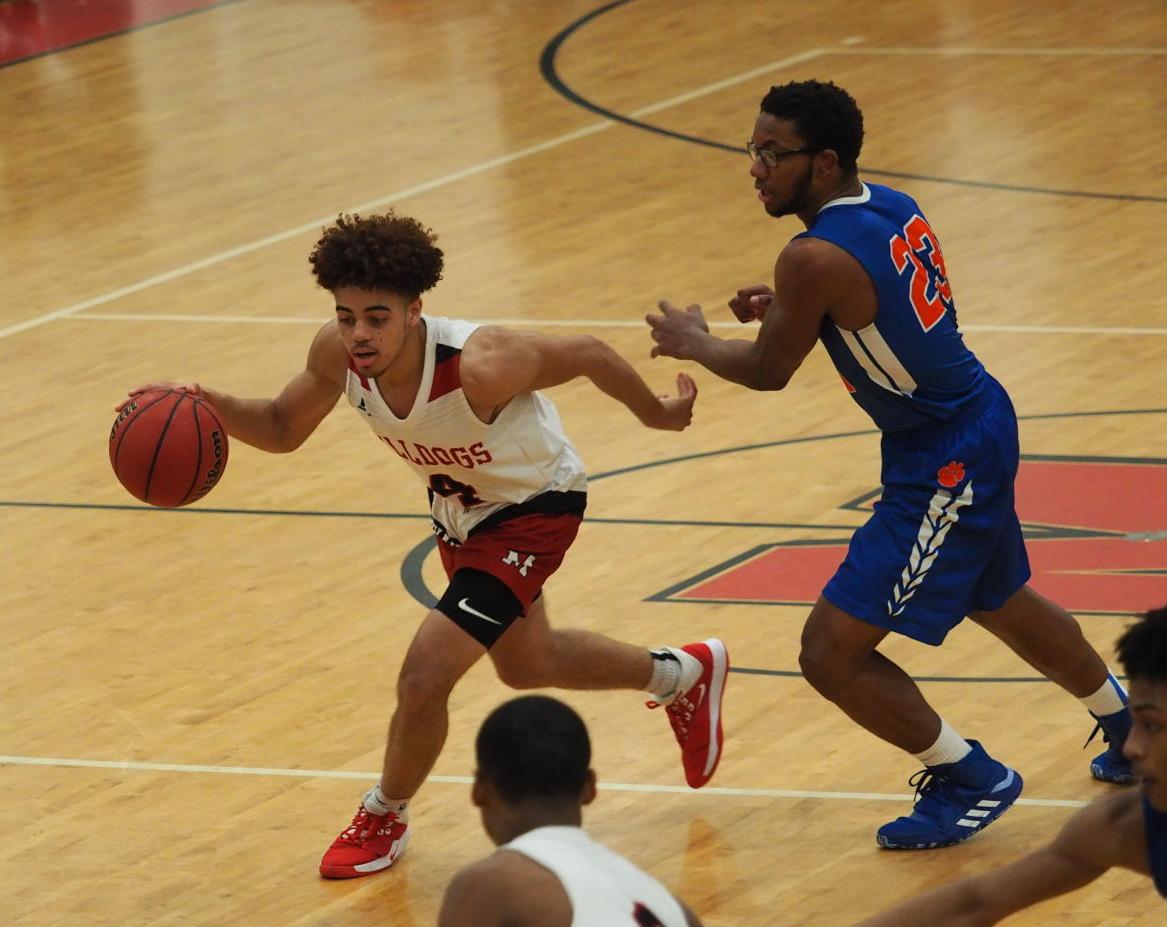 If Martinsville's boys basketball team was going to show any signs of fatigue playing their fourth game in six days Friday night, the Bulldogs disproved that notion pretty quickly.

In the first minutes of the game, Bulldogs senior Troy Brandon came down the court and quickly knocked down a 3-pointer, and just a few possessions later junior Jahiem Niblett grabbed a steal at mid-court and went the rest of the way to the hoop, throwing down a monstrous 1-handed dunk that had all of his teammates and the Martinsville faithful in the stands on their feet.

“The crowd helps us here at home a lot because when we're down they're always supporting us, when we're up they're supporting us no matter what so the crowd was really good to us,” Niblett said Friday.

“The home crowd is great. It feels good to be home,” said Bulldogs senior Jeremiah Law.

The Bulldogs gave the home crowd a lot to cheer about this week.

Martinsville coach Jeff Adkins thought his team may come out Friday a bit sluggish, and it would have been justified. The Bulldogs played in Staunton last Saturday, a 71-44 win over Robert E. Lee, and returned home on Tuesday for the first of three rivalry games at Martinsville Middle School in four days. Martinsville (9-4, 4-2 Piedmont District) defeated defending VHSL Class 4 state champions G.W.-Danville 58-55 on Tuesday, Region 2C opponent Dan River 58-51 on Thursday, and finished the week with a 74-50 victory over crosstown rival Bassett Friday night.

"I don't think I could have played those caliber games back-to-back-to-back," said Martinsville coach Jeff Adkins. "But we're getting ready for the tournament. It helps us."

The Bulldogs came into last Saturday's game against Robert E. Lee with a 5-4 record. After having a week off following a 49-42 home win over Magna Vista on January 4, Adkins said, despite the win, he wasn't happy with his team's play and knew some changes needed to be made. One of the biggest changes was moving Law, a transfer who played at Carlisle last season, to point guard, in hopes of allowing Brandon more scoring chances.

The change worked to perfection. Brandon led the Bulldogs in scoring the last three games – 15 points against G.W., 22 against Dan River, and 24 against Bassett. Law, too, was able to shine in his new role, leading the team in assists in all three games. He had six assists against G.W.

“I think it helped a lot because I can get everybody involved in the game and have a lot of assists and help everybody out,” Law said of the move.

“After the Magna Vista game we had a week off and we kind of went back to the drawing board,” Adkins said. “I just didn't think we played well so we changed a lot of stuff... Last year Nigal (Davis) ran the point and Troy scored more and he wasn't scoring a lot. We put him on the wing and he's obviously picked up his game. And Jeremiah's defense obviously has been really good. We're passing more, we're playing more downhill so I'm excited.”

The Bulldogs' role players all around have stepped up, allowing for more balanced scoring to take the pressure off of Niblett and Brandon. Law had seven points Friday night. Starter Vontae Manns had nine points and seven rebounds against G.W., and eight points, six rebounds against Bassett. Fellow starter Lemuel Jones had seven, five, and nine points this week.

In Tuesday's game against the Eagles, senior Jahil Martin came off the bench and scored 12 points, all coming on a designed play that found him under the basket scoring layups with ease.

“Jeremiah being a starting defender and a good point guard, and Jahil coming off the bench being a good role player, he knows his role and he knows what he has to do to come in and help us,” Niblett said. “We're just working as a team, strong defense and better offense. Just working as a team basically.”

The Bulldogs's hope every year is to peak at the right time as they head towards the postseason, and all involved feel good about the improvements they've made and the winning streak they're riding. They won't get many more chances to dazzle the home crowd – they'll play at Martinsville Middle School just two more times and finish the season with four straight games on the road – but the hope is if they can keep winning the home fans will get a chance to see them in the playoffs.

“We've just been practicing hard all this week and we've been getting after it every day, and each day we try to get better and better to be our best because we know where we want to get to at the end of the season,” Law said. “I think each game we're getting better and better.”

“We're playing better. I feel better about my team,” Adkins said. “We've just got to keep it going.”

He lost his house to a fire earlier this month.

Special to the Bulletin

Local athletic directors talk some of the challenges with the schedules for the upcoming sports seasons.

In this week’s edition of “Stories from Martinsville Speedway” we have two long-time newspaper reporters, one of which is a lifetime fan of the sport, another who never saw a race before going to one for his job.

The once-reluctant league brought racial injustice to the forefront on the NFL's first full slate of games Sunday.

Martinsville players celebrate during Friday's win over Bassett at home.

Troy Brandon (3) goes up for a layup during Friday's win over Bassett at Martinsville Middle School.